In physics, a flywheel is a rotating disk that stores kinetic energy in its momentum and then spins that energy out to a nearby engine. In the context of business, as the flywheel rotates, it increases output or revenue without increasing input or cost.

Tesla, best known for being an all-electric car company, is, well, much more than just a car company. It has disrupted a legacy industry with a new business model and consumer approach. But Tesla didn’t stop there. It expanded to new industries, grabbed a stake in key infrastructure sectors, worked to decentralize power distribution, and now offers a new alternative to today’s utility industry. Tesla’s end products are state-of-the-technological-art — all of which interconnect in a flywheel that incites consumer allegiance across multiple sectors and keeps those consumers coming back to Tesla for more — in a flywheel effect, essentially.

Tesla’s mission statement is: “to accelerate the advent of sustainable transport by bringing compelling mass-market electric cars to market as soon as possible.” Today, Tesla builds not only all-electric vehicles, but also scalable clean energy generation and storage products, all part of a business model that prods the world to stop relying on fossil fuels and move towards a zero-emission future.

The intersecting notions of a flywheel in this article were inspired by Post Corona — From Crisis to Opportunity, by Scott Galloway (2020). The book draws upon the metaphor to suggest that, when today’s consumers are introduced to one product within a brand, they are more likely to purchase other products within that same brand. Companies today, Galloway explains, should be focusing on the reciprocal nature of consumerism so that the lure of one product leads consumers to other, different products made by the same company.

In the book, the author, an NYU Stern School of Business professor, unpacks how “tech” used to be a “narrowly defined industry consisting of companies that made computer hardware and software, which companies in ‘other’ industries bought for their business.” No longer is tech so specifically grounded. As an example, Galloway explains that combined tech/auto company Tesla appeals “through every aspect of its strategy: pricing, production, marketing, and even its leadership.”

In a February regulatory filing, Tesla acknowledged CEO Elon Musk’s numerous commitments. “Although Mr. Musk spends significant time with Tesla and is highly active in our management, he does not devote his full time and attention to Tesla,” the filing indicated. It described Musk’s leadership in SpaceX and “other emerging technology ventures.” Musk’s influence extends beyond Tesla to a company that merges the human brain with computers, Neuralink, along with a tunnel-building firm, The Boring Company.

In essence, the Tesla flywheel concept suggests that a person who purchases a Tesla Model 3 is more likely to add range at a Tesla Supercharger and eat at a Tesla restaurant. Later, when growing into other renewable energy options, that same consumer is more likely to choose Tesla Solar and Powerwalls over a competitor’s offerings. And who knows what else?

The Tesla flywheel concept makes the company very appealing to some investors. In fact, Canaccord Genuity estimates that Tesla will reach $8 billion in revenue by 2025.

Tesla Energy Storage alongside Use

The Tesla company website acknowledges that “electric cars, batteries, and renewable energy generation and storage already exist independently, but when combined, they become even more powerful.” That confluence is the essence of the Tesla flywheel.

EVs and other renewable energy sources rely on batteries, and Tesla has refused to relinquish its full autonomy as it grows into different products and sectors. As elsewhere, Tesla is planning for its own battery production in China and has been advertising for technicians for its Shanghai facility in recent months, part of better per unit profitability in the region.

Storage is not just about enabling renewable energy — it’s also an important tool for ensuring the reliability of the grid, smoothing out peaks in demand for power, and preventing sudden surges that can overload local distribution systems.

New regulations on safety and vehicle emissions, technological advances, and shifting customer expectations are bringing electric vehicles (EVs) into the consumer transportation mainstream. The Tesla flywheel is evident within its EV business model, which is based on 3 levels of consumer service: selling, servicing, and charging its electric vehicles, which maintains control over sales and service.

The Washington Post says that Musk’s “impulsive leadership” has vaulted Tesla from its initial entry “as an upstart electric vehicle pioneer to the world’s most valuable automaker.” Fortune named him its 2020 Businessperson of the Year.

An international network of Tesla-owned showrooms and galleries, mostly in urban centers, is based on direct sales and service, not franchised dealerships. The showrooms are complemented by internet sales as well as Service Plus centers. In some areas, Tesla mobile technicians make house calls, and service can even occasionally be delivered remotely — without ever physically touching the car.

Tesla has created its own network of “supercharger stations” where drivers can charge their Tesla vehicles in about 30 minutes using a proprietary network. The highly anticipated “Full Self-Driving” suite will be another way of allowing longer and safer road trips.

Future additions to the Tesla catalog include the Cybertruck, an all-electric pickup truck with angular proportions and stainless steel exoskeleton, and a Semi, which will invigorate long-haul trucking with more benefits for drivers and transit companies.

Tesla’s has 4 “gigafactories” (‘giga’ stems from gigawatt-hour, or GWh, here):

Tesla’s global reach is extending to Europe and Asia. Tesla Motors India and Energy Private Limited was incorporated on January 8, 2021. Registered in Bangalore — the country’s technology hub — the company would start with sales and then potentially move on to assembly and manufacturing, Nitin Gadkari, India’s transport minister, said. Also see:

The Long Reach of Tesla’s Flywheel

Tesla solar customers from now on will buy power systems that feed exclusively to Powerwalls. Powerwalls will interface only between the customer’s utility meter and house main breaker panel, enabling a relatively simple install and seamless whole house backup during utility dropouts, according to Musk.

Updates reflect customer feedback — many people thought their battery-less solar system would work in a blackout, only to be disappointed when it didn’t. Moreover, Tesla consumers seemed eager to gain protection against blackouts, so streamlining the offerings into paired technologies made sense — and deepened the Tesla flywheel effect.

CleanTechnica’s Zachary Shahan has outlined the extensive list of internal “Tesla companies” and their immediate competitors. If there was any doubt about Tesla’s flywheel effect, look no farther than these intersections of products and consumer loyalty to understand Tesla’s ongoing and seemingly impossible accomplishments. 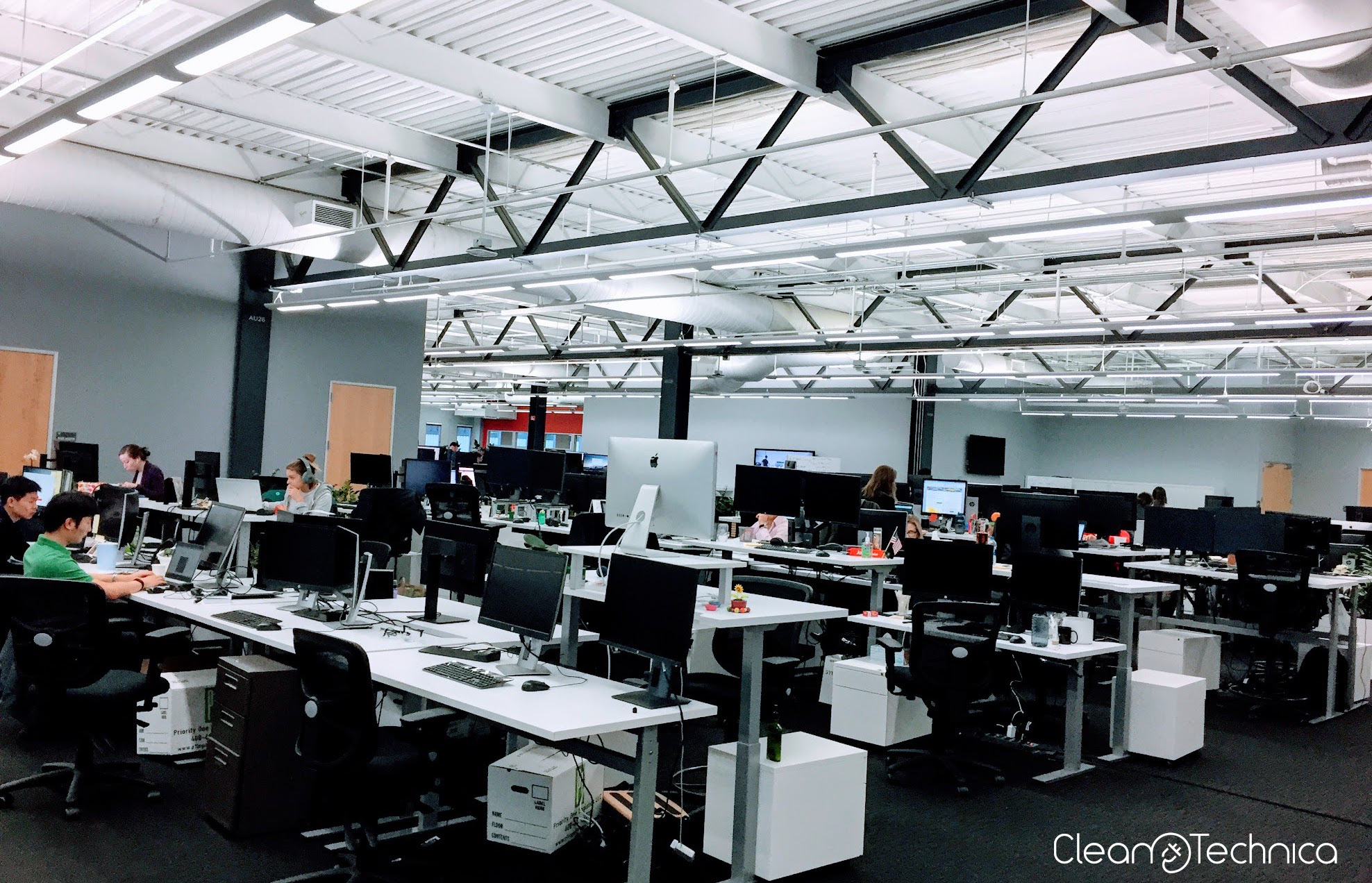