On the 26th of May, José Pontes reported on the sales numbers of the Chinese EV market in April of 2021. April was a great month, with a massive 175,000 registrations, a significant increase compared to last year’s numbers, a 173% increase year on year (YoY). Although, remember that last year’s numbers were strongly affected by the coronavirus pandemic. José also looked at the 2021 rankings and the numerous NEVs that don’t make the top 20 in China.

On the 24th of May, Jennifer Sensiba wrote about BYD selling manual transmission EVs to driving test centers in China, comparing them to “mockbuster” Raptor Island. The BYD E3 needs a manual transmission because the license to drive cars can be for an automatic or manual transmission. So BYD fitted it with a fake shifter and the car mimics internal combustion engine torque. An interesting solution in a time of transition. On the 23rd of May, Johnna Crider wrote about Tesla’s new Made-in-China V3 Tesla Supercharger in Shenzhen, China.

Back in February 2021, Tesla opened its Chinese Supercharger factory, and production has gotten well underway.

Tesla Superchargers are widely credited as being a large part of Tesla’s vehicle sales success, since they provide easy, long-distance travel that is designed with the end user in mind.

On the 10th of May, Charles Morris discussed changes in the situation that Tesla faces in China, from the red carpet treatment when Tesla was allowed to fully own its manufacturing operations in China (a first in the auto industry) to some recent customer-related drama and how the press in China responded.

He also reported on Michael Dunne discussing how Tesla models got the fewest complaints in a survey of Chinese consumers of any brand in China. The recent media and official warnings are interpreted as a warning or pressure to increase investment into developing original engineering in China.

Darkness falls as we drive past the twinkle of city lights.🌃#ModelY pic.twitter.com/420OD6d9ig

I would note that these kinds of actions against foreign brands are not uncommon. In 2019, Mercedes had issues with a viral protest. Being a popular hot topic makes these issues more likely to spread virally.

On the 9th of May, Johnna Crider reported on the news that Tesla is working on a platform that will allow Tesla owners in China to access data and is also building a data center to host data in China. These events are happening as China has published draft rules on smart connected cars. In the context of the regulatory situation and transparency around users’ protests on cars, it is a logical progression and forward-thinking.

Tesla China is reportedly working to allow owners to access their vehicle data (service & driving) online. This feature will be launched this year. pic.twitter.com/bxjUfsj1zj

On the 16th of May, Johnna Crider reported on the news that automobile social media had apologized for spreading rumors of brake failure in a Tesla without evidence. It asked others to apologize and delete false information.

An auto social media outlet in China steps out, publicly apologizing to @Teslacn for spreading “brake failure” rumors without evidence. He urges other outlets to delete the false info & promises to stop spreading rumors in the future. Very interesting development. #FUD, #TSLAQ pic.twitter.com/bLmmPzcT4S

Johnna Crider thinks that this kind of humbleness and accountability might be useful in the USA and Europe where Tesla has faced a media willing to spread FUD.

On the 16th of May, Johnna Crider reported on the news that Kelvin Yang had shared a photo and article that seems to show that Shanghai’s city planning office has reserved Tesla Gigafactory Shanghai more land in a city model. This sort of government long-term planning and land reservations are not uncommon in China.

The linked article stated that around 2 kilometers south of Tesla’s Gigafactory on Zhengija Road is a 460,000 square meter piece of factory land that is reserved for Tesla in Lingang.

The article also mentions the localization of car parts suppliers of Tesla. On the 31st of May, Charles Morris discussed how China, using both company and government help, has been able to create a vibrant NEV sector in China. 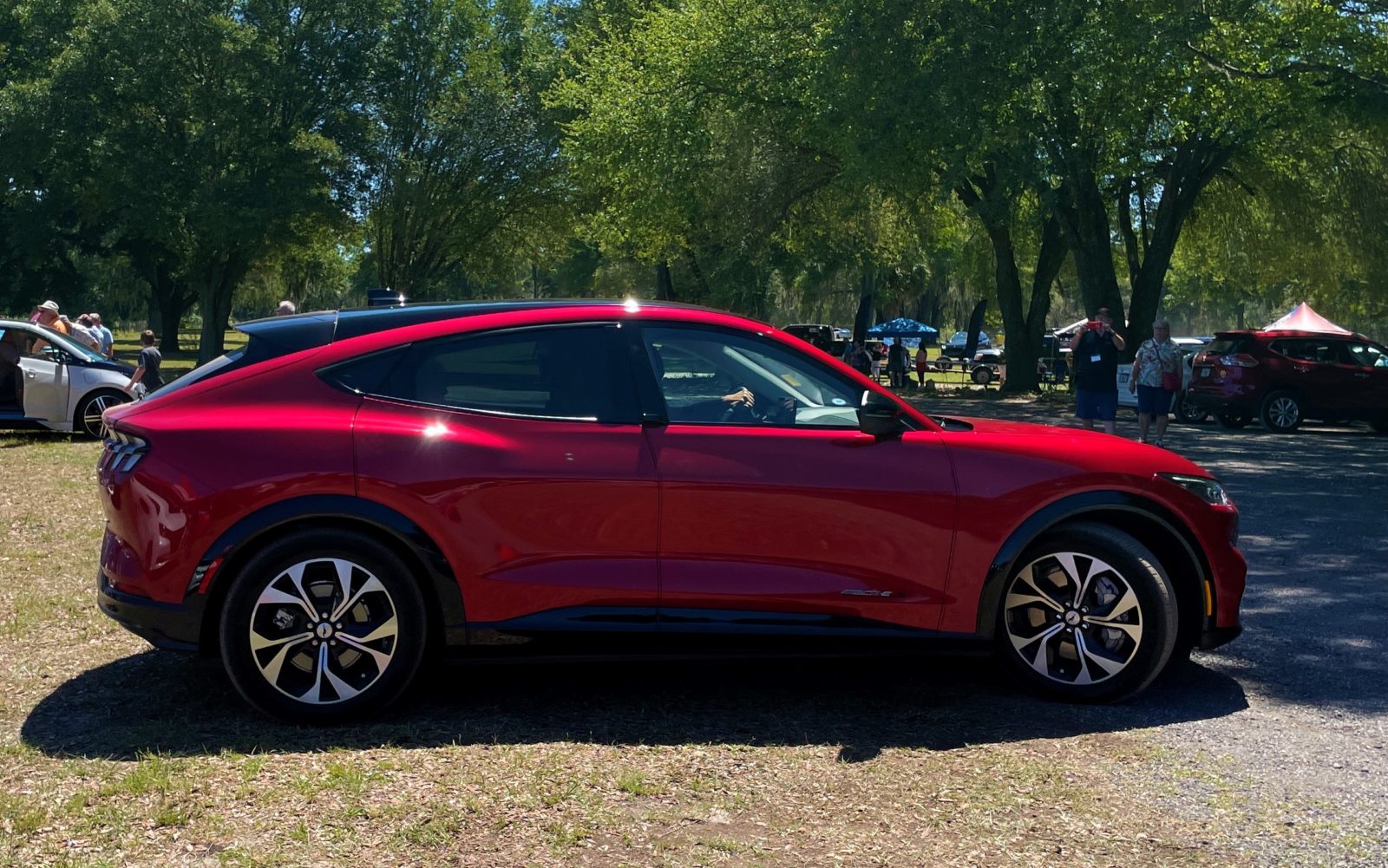 This fast pace of progress and its future implications is impacting the USA’s own position on NEVs and the need for more support for local consumers to switch and supporting local companies in the USA.

On the 22nd of May, Johnna Crider reported on news from IHS Markit, that China is entering a pivotal period for its solar PV market. 2021 is the first year of China’s 14th 5-year plan and the first year after President Xi Jinping announced the nation’s carbon emissions commitment, which might indicate a good year ahead for the solar PV sector.

The article goes into detail about the amount of solar installed and the government policies that lead to China’s dominance in this industry.

It was reported that IHS forecasts 61 GW of solar additions in 2021, which translates to an annual installation growth rate of 26% year on year.

On the 9th of May, Nexus Media published a piece on the Rhodium Group saying that China’s current emissions are more than 37 OECD nations combined.

China’s cumulative emissions since 1750 are far smaller than the cumulative pollution emitted by OECD nations, but shifts in the globalization of production account for China’s current #1 spot. China’s per capita pollution is still lower than the USA’s, which remains the world’s worst polluter per capita. On the 26th of May, Johnna Crider reported on the news that BYD received one of the largest electric bus orders in Italy, 50 electric buses ordered by Gruppo Torinese Trasporti, which is the public transport operator in the city of Turin, Italy. The order is not the first between Gruppo Torinese Trasporti and BYD, which has been supplying electric buses since 2017. The 50 will bring the total to 78 electric buses operated in Turin, Italy. On the 24th of May, Jo Borrás reported that the first 100 BYD Tang 600 SUVs are on their way to Norway and that BYD is planning on selling 1500 in 2021. He also reported that BYD has reached the milestone of manufacturing over 1 million NEVs. The BYD Tang 600 SUV has 600 km of electric driving range and a pair of 150 HP electric motors which give the BYD Tang 600 a 4.4 second 0–60 MPH acceleration time. BYD added that the BYD Tang 600 is just the start of a push for more BYD NEVs in Europe, committing to support the development of the electric van and truck market as well. On the 4th of May, Jonny Tiernan wrote how Ehang has partnered with Giancarlo Zema Design Group to create tree-like ports for their electric autonomous flying vehicle.

The vertiports are inspired by the African Baobab tree, the tower is 30 meters tall and built with steel and laminated wood, and contains landing pads, amenities, and integrated energy generating.