Pickups dominates sales in many markets around the world. In the USA, the Ford F-150 has been the best-selling truck for 46 consecutive years and America’s best-selling vehicle for 41 years after selling an average of at least one F-Series truck every 49 seconds last year. In other parts of the world, the Toyota Hilux pickup is one of the most popular vehicles. In Australia, the Toyota Hilux has topped the Australian sales charts for 7 years in a row. It’s similar in South Africa, where the Hilux has been the top selling vehicle in South Africa for 9 consecutive years.

Most of the big players in the pickup industry have moved to introduce electric versions of their popular pickups or are working on some electric pickups. The Ford F-150 Lightening has been in production for a while now and has been well received in the market. Then there are several other exciting pickups such as the Rivian R1T, the SAIC Maxus T90EV in Europe and China, the upcoming Tesla Cybertruck, and the Chevy Silverado EV. The RAM Revolution was one of the interesting EVs at CES last week. 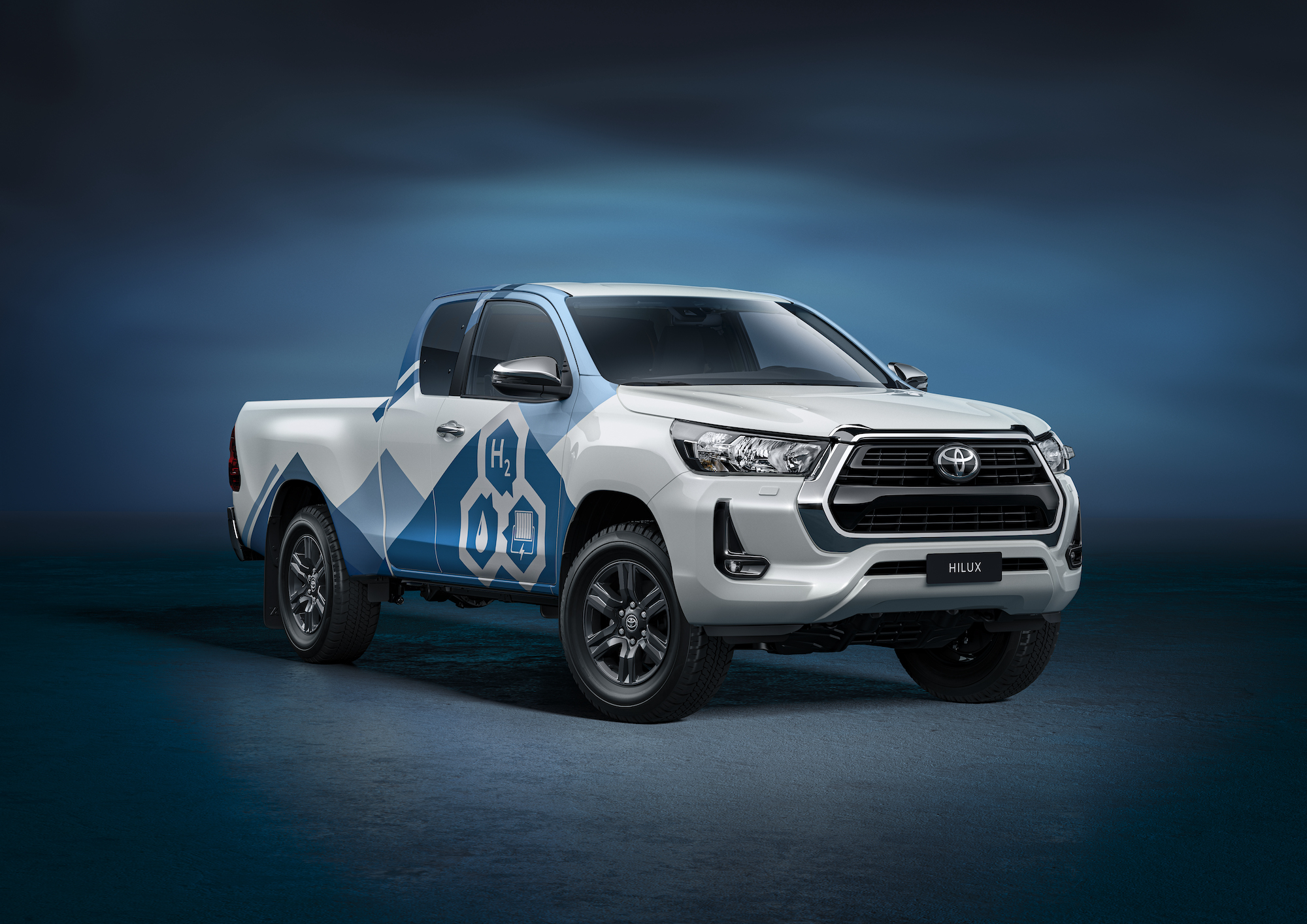 The Toyota Hilux has sold over 19 million units worldwide. Such an iconic vehicle in an important vehicle segment needs an electric version. I hope the Revo BEV moves from concept to production very soon. It’s good to see that Toyota is looking at the possibility of adding a battery electric version of the Hilux. Well, Toyota is not stopping there, but is looking to continue its work on hydrogen fuel cells (remember the Mirai?), but this time focusing on the Hilux.

Development of a prototype hydrogen fuel cell Toyota Hilux has already started. Toyota Motor Manufacturing (UK) Ltd will receive funding from the UK government through the Advanced Propulsion Centre (APC) for zero-emissions vehicle development for the project. In collaboration with UK-based technical engineering partners — namely Ricardo, ETL, D2H and Thatcham Research — the project aims to adopt second-generation Toyota fuel cell components (as used in the latest Toyota Mirai) for the transformation of a Hilux into a fuel cell electric vehicle. While TMUK is leading the project, a team from Toyota Motor Europe (TME) R&D will provide expert technical support to enable the UK-based teams to build their own expertise and self-sufficiency to develop next-generation hydrogen drivetrain capabilities.

Within the scope of the project, the initial prototype vehicles will be produced at the TMUK site in Burnaston during 2023. Following successful performance results, the target is to prepare for small series production. Toyota says “This project represents an exciting opportunity to investigate an additional application of Toyota’s fuel cell technology in a vehicle segment that is key to a number of industry groups and will help support the sector’s move towards decarbonisation.”

Toyota says that for over 20 years, it has “been promoting a multi-path approach to carbon neutrality by offering a diverse vehicle line-up including all electrified technologies, Hybrid Electric, Plug-in Hybrid Electric, Battery Electric and Fuel Cell Electric. The development of a successful hydrogen transport sector is an essential building block towards this goal.”

Hydrogen for small vehicles is a controversial topic in most forums, especially now that modern battery electric vehicles are so advanced, and way more efficient. But Toyota is still going on this. Let us know in the comments what you think about this.