Lots of interviews with the media were given and lots of words were written at the Los Angeles auto show this week. One of  the most interesting interviews took place between Autocar correspondent Mark Tisshaw and Volkswagen Brand chief Thomas Shäfer, who said that his company has no intention of retiring the Golf name when the eighth generation of that iconic model is retired in 2028.

“There is a connection with VW and ID, and there is no need to cancel [ID],” he told Tisshaw. “We have iconic brand names, Golf and GTI. It would be crazy to let them die and slip away. We will stick with the ID logic but iconic models will carry a name.” He noted the ID. Buzz already uses a name rather than a number and that Volkswagen “might have ID Golf. We would not let go of the Golf name, no way.” The ID naming convention is here to stay, said Schäfer, as it is already well known by buyers and is associated with electric VWs. 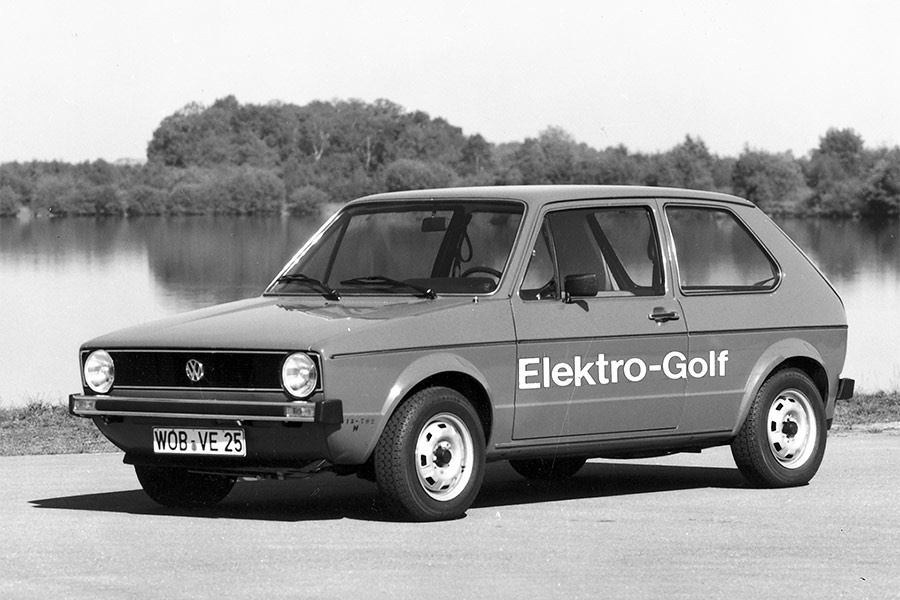 Leveraging nameplates with historic appeal is common in the industry. Ford has the electric F-150 and Mustang Mach-E, General Motors is all in on the Hummer, Silverado, and Sierra EVs and is about to bring electric versions of the Equinox and Blazer to market. Even Porsche continues to use historic labels like 4S and Turbo on certain versions of the battery-electric Taycan, names that evoke connections with gasoline-powered models.

Schäfer made it clear a new electric e-Golf would not be a replacement for the Volkswagen ID. 3, and that the two models were considered separate cars in size and positioning. When asked if there was room for both, he said “yes” before adding, “The ID. 3 has never been a successor to the Golf, it is more a Golf Plus.”

The electrified e-Golf would slot in between the upcoming ID. 2 city car and the ID. 3 in the future, likely atop the SSP architecture due to replace the current MEB EV platform in the coming years, according to Autocar.

The last sentence is the key to this. According to Reuters, new Volkswagen Group boss Oliver Blume may be backing away from the Trinity program initiated by Herbert Diess. The SSP platform is at the heart of that effort, but may be delayed until 2030 due to persistent software issues. If a prospective ID. Golf is needed by 2028, that’s going to be a problem.

The upshot of all this is that while Thomas Shäfer was spreading sunshine in LA, there are some real challenges facing Volkswagen (and the rest of the auto industry) as they try to move the EV revolution forward.

Don't want to miss a cleantech story? Sign up for daily news updates from CleanTechnica on email. Or follow us on Google News! Have a tip for CleanTechnica, want to advertise, or want to suggest a guest for our CleanTech Talk podcast? Contact us here.
In this article:Volkswagen, VW