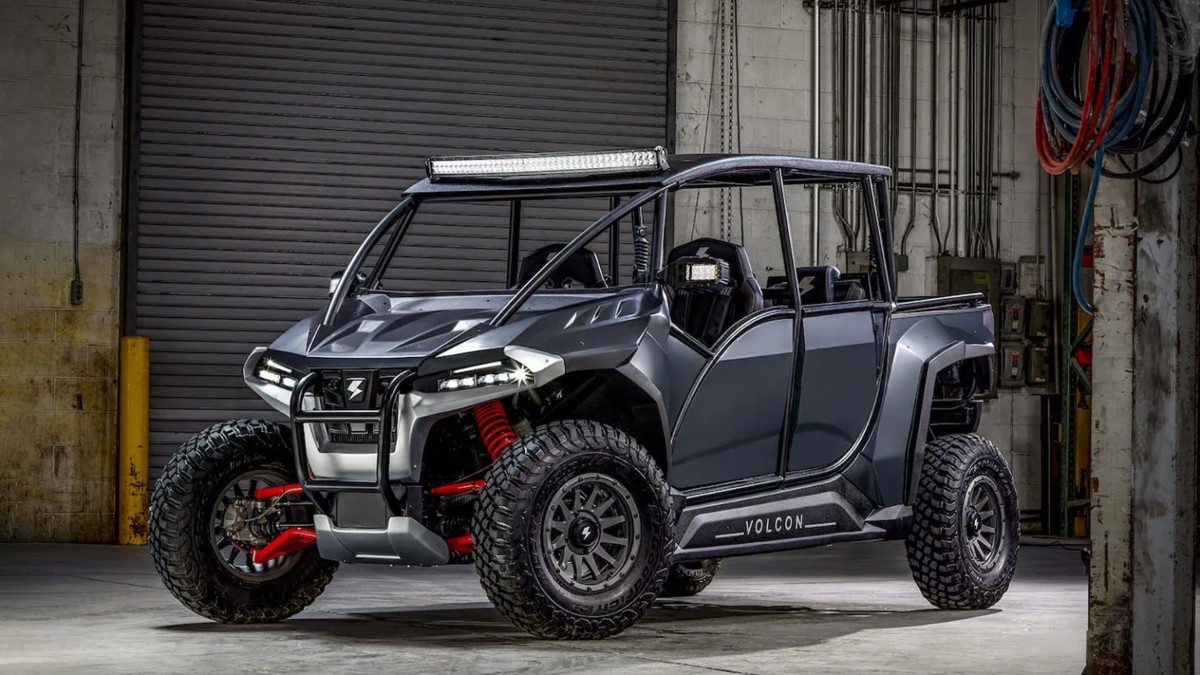 Volcon first showed its 80 MPH, off-road electric Stag UTV back in July, and the side x side market as-a-whole definitely took notice of the high-performance EV. It wasn’t just off-road enthusiasts who took note, however. Turns out, the US Army liked what it saw, too!

Earlier today, the company announced that it had been awarded its first order to deliver two Stag UTV vehicles to the US Army under the management of the US Army Engineer Research and Development Center’s (ERDC) Construction Engineering Research Laboratory (CERL).

“This award is a significant first step into the federal government marketplace,” says Volcon Vice President of Global Defense and Government Programs, Richard Tannery. “Given the increasing demand for government fleet electrification via the Department of Defense’s Operational Energy Strategy, and now via executive order, we are well positioned to develop and deliver high performance electrified platforms to meet a diverse array of government applications.”

The high-tech Stag is just one in a growing field of all-electric utility vehicles, having been joined by Polaris just a few weeks after the launch of the Stag. I got the chance to test drive the 110 HP Polaris Ranger XP Kinetic at Road America back in August, and it was an absolute blast with 30 fewer horsepower than the Volcon — at 140 HP? Let me put it this way: I can’t imagine it’s significantly worse than the Ranger.

Jordan Davis, Volcon CEO, seems to echo that sentiment. “We envisioned the Volcon Stag to be the most cutting-edge off-road vehicle in its class. Utilizing the latest EV drivetrain technologies, and keeping our focus on performance and user experience have led us to launch what we believe is a UTV that will provide an experience unmatched by any other UTV in its class,” he said, at the Stag’s launch. “We believe the near-silent drivetrain, class-leading horsepower and torque, and an amazing driver interface are going to revolutionize the powersports industry. The anticipation leading up to the launch here at Volcon has been palpable, and we are so excited to be opening up reservations for the Stag!”

Pricing for the Stag starts at $39,999, with series production and deliveries both scheduled to begin Q4 this year.

Don't want to miss a cleantech story? Sign up for daily news updates from CleanTechnica on email. Or follow us on Google News! Have a tip for CleanTechnica, want to advertise, or want to suggest a guest for our CleanTech Talk podcast? Contact us here.
In this article:US Army, UTV, Volcon The US Military Is Buying Ultium Battery Packs From GM Defense

Recent news that the Tesla Semi is going into production shows us that big vehicles need big batteries to run. At 41 tons, an...