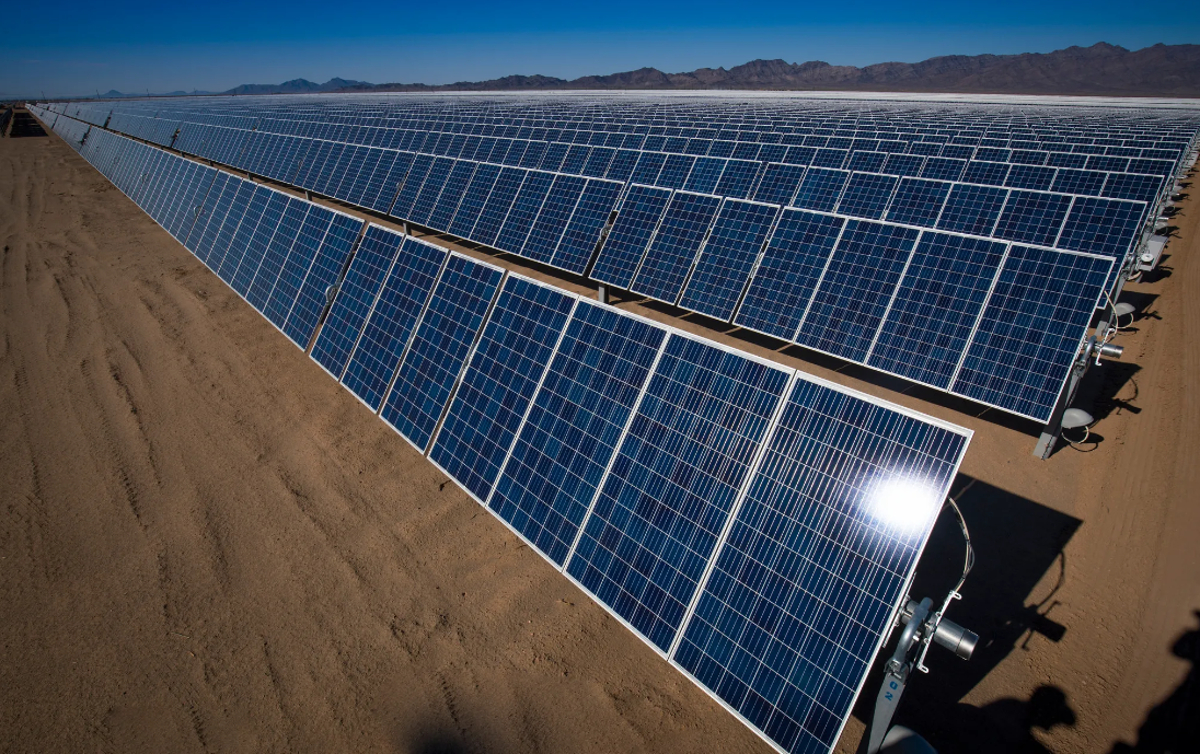 Credit: US Bureau of Land Management

Community solar is a way to allow people who don’t have access to a roof that is suitable for solar panels to take part in the world of renewable energy. That includes renters, co-op and condo owners, and homeowners whose roof faces the wrong way or is shaded by trees.

Let’s be clear. As a general rule, utility companies take a dim view of rooftop solar, community solar, or any other idea that involves someone other than themselves generating electricity on their own. That’s why government policies are needed to diminish the power imbalance between utility companies and consumers.

That sort of policy initiative is exactly what California has just embraced with the passage of a new law — AB 2316 — by a wide majority in the state legislature. It now goes to the governor’s desk for his signature. According to Canary Media, support for the new legislation came from a broad spectrum of interest groups — solar developers, environmental justice organizations, consumer advocates, home builders, and utility workers.

By learning from successes and shortcomings in other states’ community solar programs, California designed its version to benefit customers, developers, workers and the overall power system at the same time. In other words, it benefits almost all stakeholders rather than only some.

The secret sauce in the new law is the provision that ties the compensation community solar installations receive to the actual value of electricity at the time it is delivered to the grid. Solar panels make a lot of electricity in the middle of the day, when the grid is awash in excess electricity. That means the value of that electricity is lower than it would be after the sun sets. How to address that?

Simple. Store it until the price increases. Since California has an abundance of solar power in the sunny hours but desperately needs it during evening hours, market forces will push community solar projects to be built with batteries in order to allow projects to sell their power when it can command the best price. Presto. Homeowner as electricity aribitrageur.

California Governor Gavin Newsom still needs to sign the bill to make it a reality. When he does, it could usher in a new market for potentially hundreds of megawatts of solar production that will be stored in batteries for delivery when California’s grid needs it most. The customers who save money on their bills will be funding an expansion of clean, dispatchable power that makes the grid more reliable for everyone, Caperton says.

For years, California homeowners have been able to buy or lease their own solar panels and reap the benefits. But that was not possible for millions of renters, condo dwellers, or people who own a home that is shaded by a stand of majestic redwood trees. People in these groups could sign up for a clean energy option through their power provider but that typically adds a surcharge to their utility bill instead of saving them money.

The problem isn’t that California lacked a community solar policy; it didn’t have one that really worked. “We had some well intentioned bills in the past that just haven’t played out the way that they were intended to,” says Derek Chernow, Western regional director for the Coalition for Community Solar Access. ​“It just didn’t pencil out for companies to come in and go all in on community solar.”

At least 51% of subscribers to a project will have to be designated as low income. This avoids issues seen in other states where much of the community solar production ends up serving businesses, which solar financiers typically see as less risky than low income families. The California projects will be built by workers who are paid prevailing wages. The goal is to ensure the emerging clean energy economy creates good paying jobs to replace the employment opportunities in the fossil fuel power generation sector as those jobs decline.

The program does not contain subsidies to help low income families subscribe to community solar projects. Instead, those families will benefit from reduced power bills for as long as they participate in a community solar program. “It uses private capital to fund public infrastructure, taking those risks off ratepayers’ backs,” Chernow says. ​“Developers have every incentive to make the projects cost effective, innovative and competitive.”

Additional funding may become available from federal or state sources to lower the cost of projects serving communities that suffer from air pollution from dirty power plants. The Inflation Reduction Act creates tax credits for solar and storage projects built with prevailing wage labor and expands the credits for projects serving low income or underserved communities. It also provides $7 billion to support state community solar programs. If project developers can tap those funds, they should be able to lower the cost of subscribing to their projects.

In other states, this kind of community solar program might kick up opposition because it could be considered a threat to a regulated utility that makes a guaranteed profit by building new power plants. But in California’s semi-deregulated market, the investor owned utilities get most of their new power from contracts with independent renewables and battery developers. The new community solar structure doesn’t radically alter that system.

Projects will be connected to the distribution grid, rather than the bigger transmission network, Caperton says. That way, if a long distance transmission line gets knocked out by a fire or earthquake, community solar can keep delivering power locally.

AB 2316 calls for California’s utility regulator to approve final community solar programs by the summer of 2024. Previous experience in the state has shown that a lot rides on implementation. But the strong majorities in both chambers of the legislature who voted for this new approach to community solar, and the wide ranging political coalition behind it, suggest that the model has broader support than ever before. A lot of eyes will be watching the program as it moves toward fruition. What works in California could help promote more community solar projects in other states.