Tesla and GM have both revealed some of their electric truck contenders. Rivian is out there as well, and Ford just revealed its work-ready F150 Lightning electric pickup. Electric trucks are hot right now, is what I’m saying, but there’s one name out there that you’d think would be leading the high-tech charge, that just isn’t: Honda, and at least one promising young designer thinks he’s got what they need to catch up.

Now, I’ll grant you something. Honda isn’t a huge player in the truck market. I’ll give you that but Honda has been synonymous with high-tech R&D for most of my lifetime, and the fact that they seem to have fallen so far behind in the EV race is disturbing. We’ve called their slow-moving plans “bone-headed” in these very pages, and their commitment to going all EV by 2040 is almost a decade slower than some other brands.

It’s inexplicable, and it just doesn’t have to be this way. Rene Garcia — the promising young designer I mentioned before — seems to feel the same way, and he’s developed a new Honda Ridgeline EV that pushes the envelope in terms of aesthetic design, while still being recognizable as an electric Honda Ridgeline.

You can see that for yourself in Garcia’s renderings, below. It’s the same unibody style of the original non-electric Honda Ridgeline you’re probably familiar with. There are bold accent lines in  the bodywork, too — but apart from the visible front subframe and portal windows in the doors (which you might remember from the pre-production 2021 Ford Bronco), it seems incredibly production-ready. Even the skateboard chassis looks the part!

I’ve selected a few of the electric Honda Ridgeline “studio” renderings, below, to show off what I think are some of the best (read: production-ready) angles of Garcia’s art-project, but there is just so much more to look at and enjoy there that I hope you take some time to click here and check out the guy’s entire portfolio.  I think you’ll agree that he has a bright future ahead. 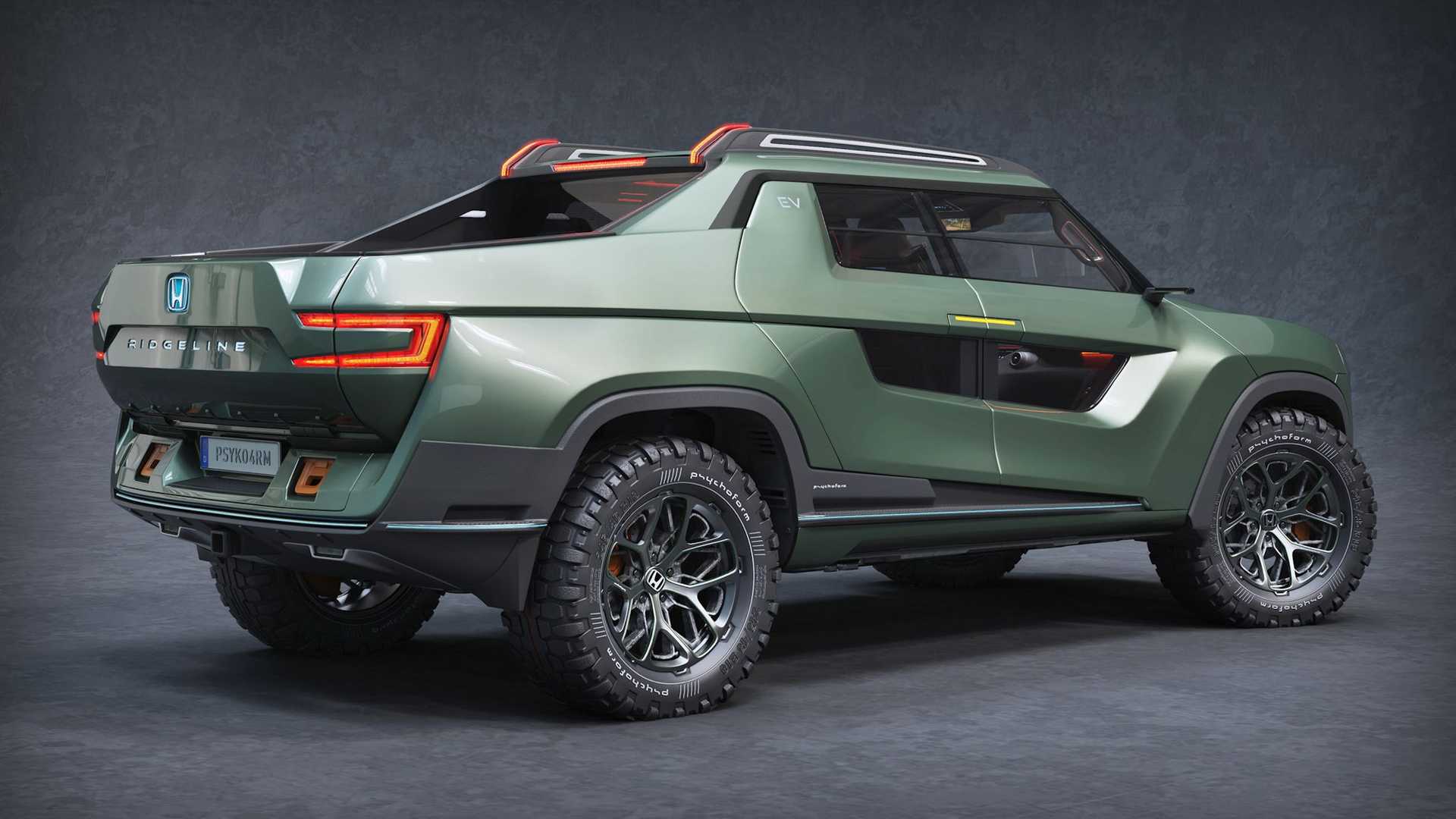 What do you guys think of the project? Is this the kind of project that Honda’s new “EV Guy,” Takahiro Hachigo, should be looking at to revitalize the brand’s prospects in the electric future, or is Garcia’s concept Ridgeline too extreme for the suburbanites who’ve been snapping up Ridgelines up to now?  Scroll on down to the comments section and let us know.

Don't want to miss a cleantech story? Sign up for daily news updates from CleanTechnica on email. Or follow us on Google News! Have a tip for CleanTechnica, want to advertise, or want to suggest a guest for our CleanTech Talk podcast? Contact us here.
In this article:art project, Behance, concept art, concept car, electric cars, electric trucks, EV, EVs, Honda