While it’s certainly admirable and uplifting to see Ford be one of the first auto companies to announce such a plan, it may primarily be a case of seeing where the rainbow is appearing and pointing it out to others. At current automotive electrification rates on the continent, with Europe’s ongoing climate leadership, with numerous major cities getting more aggressive about gas & diesel car bans, and from simply paying attention to what customers want, it seems likely that the whole European passenger vehicle market could be electric by 2030. It already reached 11% plugin vehicle share in 2020 (6.2% fully electric) and 23% plugin share in December 2020 (14% fully electric). 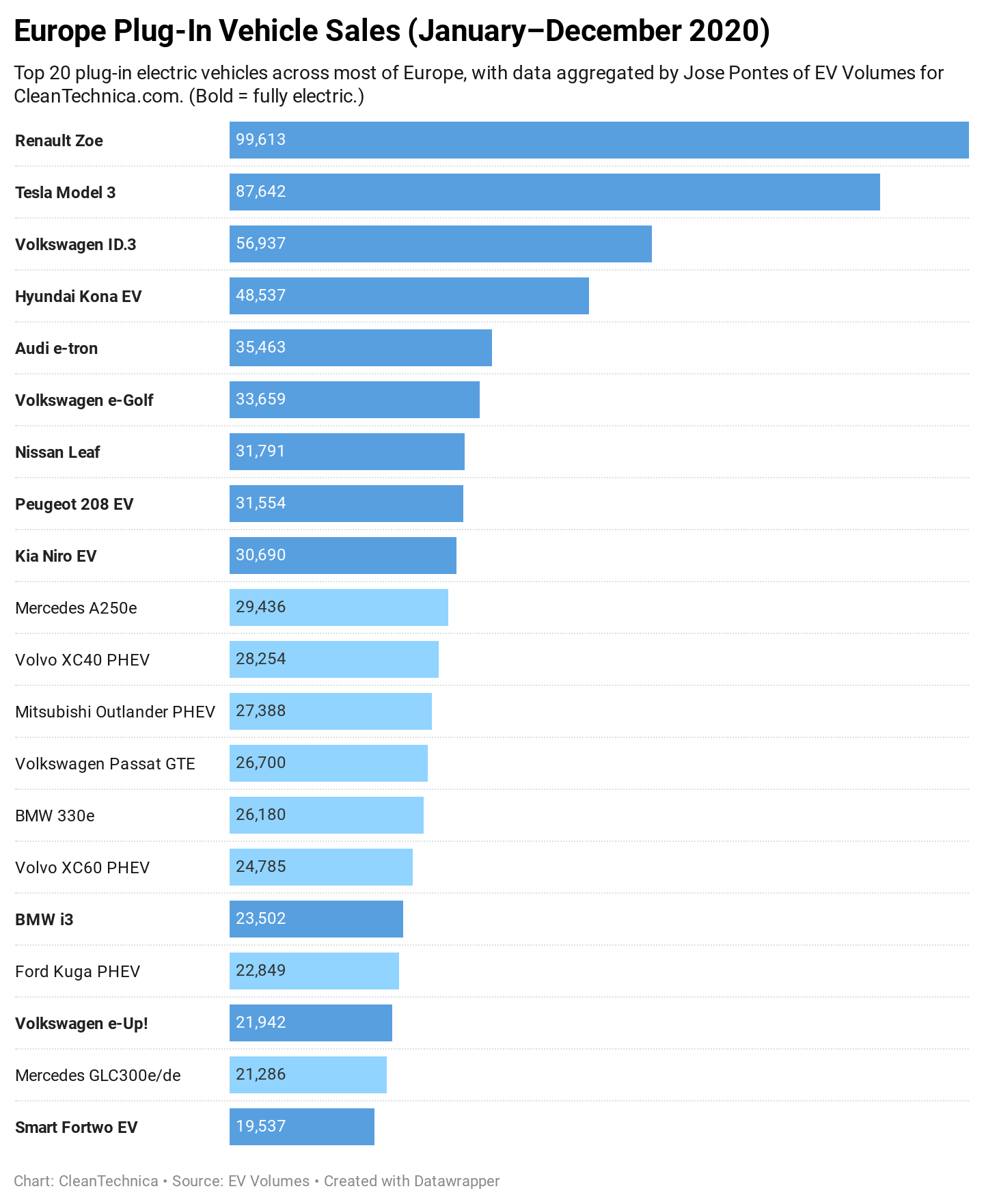 Aside from that key target, here are a few more targets from Ford:

To help achieve its electric dreams, Ford is investing $1 billion into a new electric vehicle manufacturing facility in Cologne, Germany. The new facility will be called the Ford Cologne Electrification Center. The first fully electric passenger vehicle to come out of that factory will roll off the line in 2023.

“Our announcement today to transform our Cologne facility, the home of our operations in  Germany for 90 years, is one of the most significant Ford has made in over a generation. It  underlines our commitment to Europe and a modern future with electric vehicles at the heart of  our strategy for growth,” Stuart Rowley, president of Ford of  Europe, noted.

“The decision to make the production and development site in Cologne the e-mobility center for  Ford in Europe is an important signal to the entire workforce,” said Martin Hennig, chairman of  the General Works Council of Ford-Werke GmbH. “It offers a long-term perspective for our  employees and at the same time encourages them to help shape this electric future.”

Touching more on the financial side of the business, the company writes, “Having successfully restructured and returning to profitability in Europe in the fourth quarter of 2020, Ford moves to next phase of plan, led by an all-electric future; remains on track to reach 6% EBIT margin as part of company’s plan to turnaround its global automotive operations.”

For those unaware (and I assume that’s the vast majority of us), Ford has a sizable stake in the European commercial vehicle market. In fact, it’s the market leader, according to the Detroit automaker.

“In 2020, Ford achieved its sixth successive year as the leading commercial vehicle sales brand  in Europe. Growth in Ford’s strong commercial vehicle business is key to its European profitability, supported by new products and services, working with an extensive network of  commercial vehicle converter partners, with Ford’s strategic alliance with Volkswagen and its Ford Otosan joint venture providing cost-effective vehicle development and sourcing.

“Driving further growth in the commercial vehicle business will be an ecosystem built around  connected services co-developed with customers and designed to enhance the customer experience and help their businesses to thrive. These include, for example, connected uptime  and productivity services such as FordPass Pro for fleets of up to five vehicles, and the launch  of Ford Fleet Management, created by Ford and ALD Automotive last year to maximize  productivity for fleet customers seeking bespoke services to keep their fleets on the road.

Ford seems to be heavily invested in maintaining a leadership role in this industry. “Ford and Google also announced recently the establishment of a new collaborative group,  Team Upshift, to drive disruptive, data-driven opportunities. This first-of-its-kind partnership in  combination with Ford’s in-house capabilities will be the basis of transformed ownership  experiences and services for both the company’s commercial and passenger vehicle customers.” Team Edison Off To A Good Start

CleanTechnica recently spent a week with a Ford Mustang Mach-E. Or, I should say, a Mustang Mach-E spent a week with us. The takeaway across the board, after being test driven by several Tesla owners as well as some people who had never driven an electric vehicle before, was that Ford had a clear winner on its hands. If Team Edison (the electrification-focused Ford team that developed the Mustang Mach-E) is getting to work designing other passenger electric vehicles, I can only assume they will do a superb job and can create an exciting lineup of new electric models for Europe — and hopefully the US!

Electrification Announcements Are All The Rage

Notably, this comes barely more than a day after Jaguar Land Rover announced that the Jaguar brand would be 100% electric by 2025 — globally. The tide is turning, and some of the more forward-thinking automakers are setting the most ambitious goals in the industry and grabbing the headlines for that. More importantly, though, they are also making investments in order to jump into the transition. This announcement about the European investment and electrification targets comes just a couple of weeks after Ford unveiled a $29 billion plan to electrify and automate its fleet globally. Splitting that out, $22 billion will be going into the electrification of its fleet and $7 billion into autonomous vehicle development.

I don’t have a crystal ball, but my hunch is that Ford has gotten its vision lined up with the reality of where the world is headed and is sprinting to become a leader in electrification, and that signals to me that it has a bright future ahead. We shall see.

Don't want to miss a cleantech story? Sign up for daily news updates from CleanTechnica on email. Or follow us on Google News! Have a tip for CleanTechnica, want to advertise, or want to suggest a guest for our CleanTech Talk podcast? Contact us here.
In this article:Europe, Ford, Ford Europe