Dan Mermelstein has bought an EV. Now, that may not seem like big news to some of you, dear readers, but when the head of Arizona-based tuning firm Vivid Racing ponies up his own money to buy a car, most of the go-fast car enthusiasts out there tend to pay attention. And that’s what’s happening now that Dan has bought a brand-new electric Porsche Taycan.

To be clear, the Porsche Taycan is not for normal people. Normal people are too, well, normal. Normal people buy a car that fits them comfortably, fits their lifestyle, and fits their budget — then they drive them around, occasionally taking it in to the shop to make sure you can keep driving them around. They don’t talk much about their cars having “soul” or “character” at all. Car enthusiasts do, and that sort of anthropomorphism already makes them a weird bunch. Performance car enthusiasts are even weirder, still, often spending six-figures on an ultra-rare car before stretching their wallets even further to make the cars a few tenths of a second quicker, a few fractions of an inch lower, or a few more notches of extremism further towards being truly one of a kind. While these strange people often have lots of ideas, they just as frequently lack the wrench-turning and fabrication abilities to turn their enthusiastic dreams into reality, so they turn to someone else who can.

“I would never own an electric car,” Dan has said, more than once. “No way. Doesn’t make sense. Don’t want to stop at a charging station. Throw those things away! Because I just love the sound of an exhaust system coming from a mid engine or rear engine vehicle. The screams that my Porsche 991 GT3RS gives are so amazing nothing can replicate that, EVER!”

You’re reading CleanTechnica, so the idea of “electric > ICE” in terms of performance probably isn’t new to you. To a lot of people — even educated, well-heeled car enthusiasts — it doesn’t seem so obvious. Do you want to know what makes it obvious? A ride in a Tesla– and it was such a ride in a customer’s Tesla Model 3 that seems to have changed Dan’s mind, because the next time walked into a car dealership, this happened.

It’s amazing how the message of a 10-second car that won’t punish you at the drive-through or in stop-and-go traffic reaches people who wouldn’t give give climate change much of a second thought, isn’t it!?

After waiting nearly 10 months for his own custom-ordered Porsche Taycan Turbo — which is fitted with the optional passenger screen for the more serious road rallies and speed events Dan seems to be planning on subjecting it to — it was time for a drive. “You simply cannot resist going into Sport Plus Mode and hammering the ‘gas’ pedal to feel the power!”

To anyone on the outside looking in, it’s clear that Dan is genuinely excited about his first EV, despite some lingering range anxiety. Once the car gets broken in, though, it will be time for it to serve its real purpose as a rolling test bed for a new line of Vivid Racing performance products that will make this wild electric supercar even wilder. That begins by generating a detailed 3D scan of the Taycan inside and out, with some of the fruits of all that design labor surely set to be revealed at the next SEMA show (if there is a next SEMA show, I guess).

In the meantime, you can check out some of these early R&D photos below, and then let us know what you think about legacy brands’ electrification plans — especially how they might be able to reach customers that a newer brand might not — in the comments section at the bottom of the page. 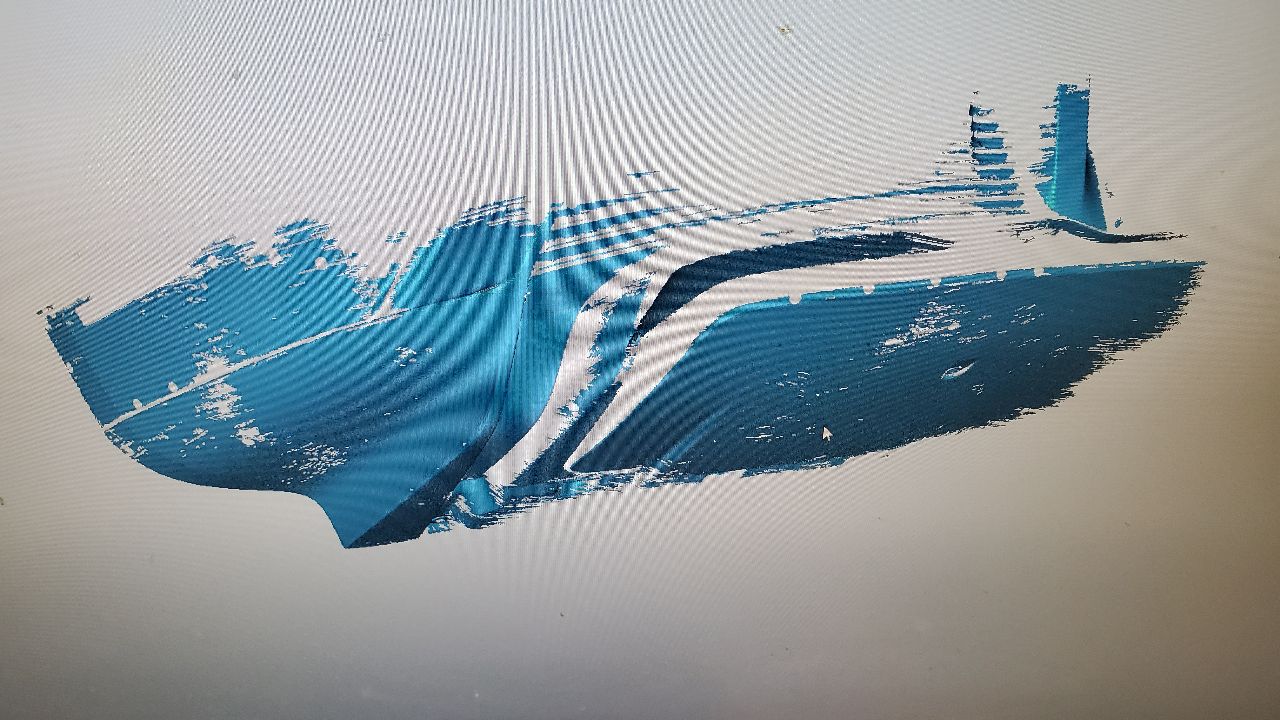