The new generation is doing wonders for the Nissan Leaf. It won its first Monthly Best Seller award in 6 years, thanks to 268 registrations (putting it #40 overall among cars in the Netherlands). Its Alliance cousin, the Renault Zoe, was 3rd, with 110 deliveries (a year best) as the French automaker tries to end the model waiting list.

In the “B” PHEV league, April’s best seller was the Mitsubishi Outlander PHEV. That, with 30 units, won its first trophy this year.

Looking at the 2018 ranking, the VW e-Golf recovered the leadership position while the Nissan Leaf continued a steady climb up the ranking, now positioned in third place. Expect the Japanese hatchback to continue closing in on the top two, making this year’s Best Seller trophy a three-horse race. 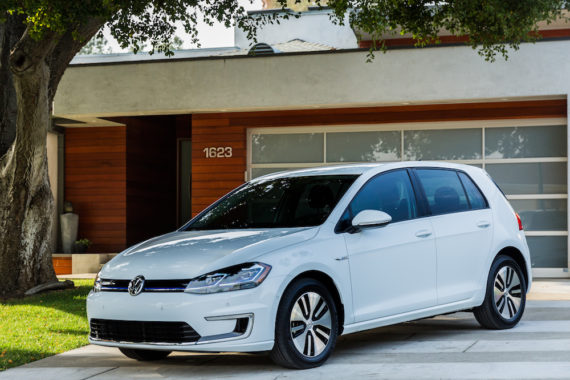 Going in the other direction, the Ampera-e lost two places, dropping to #8, to the benefit of the BMW i3 and Renault Zoe. With only 59 deliveries in April, it was European Chevy Bolt’s lowest performance this year. With the reservation backlog pretty much gone, it will be interesting to see how many people will be willing to spend €47,000(!) for this hot hatch.

Checking the (PHEV) B-League, the Porsche Panamera PHEV stayed as the best selling model, with 158 deliveries. Despite the lack of relevant incentives for plug-in hybrids, the PHEV version of the Panamera represented 89% of all of the nameplate’s registrations! That made it the second best selling Porsche in the Dutch market, only behind the eternal 911.

With performances like these, no wonder Porsche is now one of the most enthusiastic electric adopters among legacy OEMs. … “Money makes the world go round!

Elsewhere in the PHEV-league, the Mitsubishi Outlander PHEV climbed to the runner-up position (#10 among PEVs). BMW also had a good month, with the 530e registering a record 18 units, allowing it to climb one position. Meanwhile, while the 330e joined the top 20 thanks to 23 deliveries, its best result in 16 months.

Outside the podium, Hyundai (11%) and BMW (9%) are too distant to bother the top three.

If we add regular hybrids to plug-ins, the Kia Niro HEV continues to surprise, returning to the leadership position with 565 registrations. It is followed by two Toyota hybrids, but this time, we do have two plug-ins vehicles in the top 5. The Nissan Leaf was in 4th, and the VW e-Golf in 5th, with the latter sharing the 5th spot with the Toyota Auris Hybrid.