At the International Motor Show in Frankfurt, we saw Mercedes, Volkswagen, and BMW all show some electric concepts. And most of them are really far-future concepts, the kind you find at auto shows but that never see the light of day. Here are some highlights:

None of the above look like anything that will see the light of day soon.

What about VW’s $84 Billion Investment?

Volkswagen recently announced that it will invest €70 billion ($84 billion) into electric cars and batteries. That sounds good. Finally Tesla will have some real competition. Not so fast. Here are the details of the announcement:

◊ €50 billion ($60 billion) will be to “buy” batteries according to BBC and Bloomberg.

◊ Cumulative sales of 3 million electric cars by 2025 (from the Bloomberg article above).

Let’s see what the investment gets us. It gets us an average of ~$6.5 billion/year. If batteries cost $100/kWh on average, $60 billion buys 600,000,000 kWh. That’s an average of 46 million kWh/year. Let’s round that up to 50 million because batteries will get cheaper with time. If we assume that the average EV needs a 60 kWh battery to be a viable competitor to Tesla, then we have roughly 830,000 cars on average per year and a total of ~10 million cars. However, considering VW’s 1 million in 2025 goal, most of this investment is probably back loaded in the next decade. Just for comparison — VW sells 10 million cars every year. If it was serious about electrification, it would talk about 5 million annual sales by 2025, not 1 million.

So, while the $84 billion investment sounds good, it is basically a non-event as far as competing with Tesla goes. What does this mean for the upcoming Audi e-tron quattro? VW has been very quiet about this, considering that production is supposed to start early next year. I learned today that there have been some sightings of the car in camo. If real, this could be the first premium Tesla competitor. Unfortunately, based on the investment, this is likely a low-volume car. As will be the the Porsche Mission E if it arrives. That was supposed to be the first real Tesla Model S competitor.

In fact, nothing significant coming before 2020 has been shown or announced by any luxury manufacturer. And we all know that 2020 really is just a sweet spot for being just enough time away that concepts can be watered down, delayed, or scrapped.

Let’s for a second take all these automakers at their word. Assume they will really produce all these electric cars and sell them side by side with their ICE vehicles. To also be able to sell the ICE vehicles, manufacturers currently do this:

The obvious conclusion is that there is no viable long-range electric car competition for Tesla in the near future in spite of the announcements. Of course, I could be wrong and there really will be an e-tron quattro next year closely followed by everyone else’s mythical electric cars. Hopefully they think of building out charging infrastructure.

This article was originally published on s1dd.com. Since the original publication, the VW group raised my hopes once by announcing pricing for the Porsche Mission E and then dashed them again by continuing to invest in diesel cars and make statements like reported here:

Mueller added that he understood customer concerns regarding diesel engines and the possibility that diesel engines could be banned in the future. He said it is the responsibility of the car industry, as well as the electricity industry and the authorities, to make sure bans are not implemented. 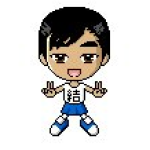 is a software engineer obsessed with renewable energy, electric cars, and investing in them. He lives in a net zero house and hopes to move from 80% electric miles to 100% soon. Every sunny roof that he sees not covered with solar panels bothers him. He blogs at http://www.s1dd.com/ and loves food and travel.