I'm on a lot of environmental email lists (many without opting in — grrr) and most are saying the same thing: people are signing up in record numbers.

I’m on a lot of environmental email lists (many without opting in — grrr) and most are saying the same thing: people are signing up in record numbers.

350.org is seeing record numbers of people asking what they can do (you can join a local group here). They brought in 30,000 new members just running a campaign against Myron Ebell, Trump’s climate-denier pick to run the EPA.

Ebell eventually stepped aside, so Trump nominated Scott Pruitt. As both a climate denier and a lawyer currently suing the EPA to stop the Clean Power Plan, he is probably even worse than Ebell.

It’s hard to overstate how bad Trump’s plans are for climate and the environment. His recent meeting with Al Gore gave people false hope, and that was almost certainly intentional. Trump loves to say or do contradictory things so that no matter what you believe, there’s always something in his actions his defenders can point to. The strategy works — I mentioned to a friend how bad Trump would be on climate and the first thing they accused me of doing was ignoring the meeting with Gore.

The red X are coming!

350.org points out that Trump’s decision to brazenly nominate the CEO of ExxonMobil (Rex Tillerson) as Secretary of the Interior makes it crystal clear just how terrible his policies will be and that has created an enormous backlash of people who clearly see the need to resist.

With it looking impossible to get anything positive done on climate in the federal government, 350.org is shifting its focus to state, city, and other local entities. Its campaign to divest from fossil fuels is already powered by local groups. It plans to start building similar campaigns to do things like fight fossil infrastructure, push for a fracking ban in California, and so on.

On the international level, 350.org is calling for world leaders to freeze fossil fuel infrastructure development. Click here to join that call.

Always creative, Avaaz has come up with its own plan to save the Paris climate deal by replacing America’s federal climate pledges with equal cuts from local entities:

New York, California and Google just raised their climate ambitions in the face of Trumps presidency. If we back them to get a coalition of US cities, states and businesses to collectively meet the US emissions target, the Paris deal can hold. Sign now — we’ll deliver our voices directly to their doorsteps!

Key cities, states, and businesses across the US are already stepping up. Earlier this month, a dozen of America’s biggest cities promised to redouble local efforts to reduce carbon emissions, and Google just committed to move entirely to clean energy by next year.

If we make them global heroes and together call on more cities, states, and businesses to join, the US could meet its climate goals at the subnational level.

We already successfully delivered almost a million voices to governments around the world to protect the Paris agreement. But if the US fails to live up to its commitments, there is a very real threat that other major polluters see this as an invitation to renege on their climate promises. That would spell disaster for our global fight against catastrophic climate change.

Leaders change, facts do not. And that’s why our movement is so important. If we do this, we can keep accelerating on the road towards a safe climate future, no matter who is in power. In the era of Trump’s denialism, citizens, cities, states and businesses must come together and chart the way forward.

We still have 1 slim chance to stop this assault on our climate before it begins.

Sign Avaaz’s petition asking to brief the electors on Russia’s illegal influence on the election. Ten electors have already asked for such a briefing.

Sign up to attend a rally at your local state capitol on Dec 19th to ask electors to pick someone other than Trump.

If Trump is confirmed by the electors, at least we will be dealing with a man who is good at motivating record numbers of people to fight his disastrous policies and industry-insider cabinet nominations. The people who voted for him to “drain the swamp” should be seriously looking at how much muck he’s pumping into the mire. We’ll need to work with everyone he’s betraying in order to win local victories that may keep our planet at a livable temperature. 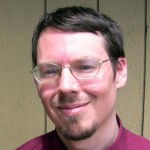