China keeps getting all the good stuff, affordable small EVs that are perfect for most people’s daily needs. However, most of these small city EVs are still only sold in China. Hopefully more of these mini EVs will start to find their way to other parts of the world. There is some hope as the early leader in this space, the SAIC, General Motors, and Wuling joint venture, is now adding updated versions targeting some overseas markets with the Wuling Air, which is produced in Indonesia. The Wuling Air will also be exported to Egypt and India under the MG brand perhaps. One small EV I would like to see being introduced in other markets, especially in Europe, is the SAIC Roewe Clever Mini EV.

A  look at the latest China market update shows that the SAIC Roewe Clever EV was in 19th place in November 2022, as it sold 8,100 units that month. I am always on the lookout for more of the affordable EVs on those updates as China probably presents our best shot of taking affordable EVs to the world after it meets local demand and ramp up overseas export programs, just as it did for the solar panel industry. 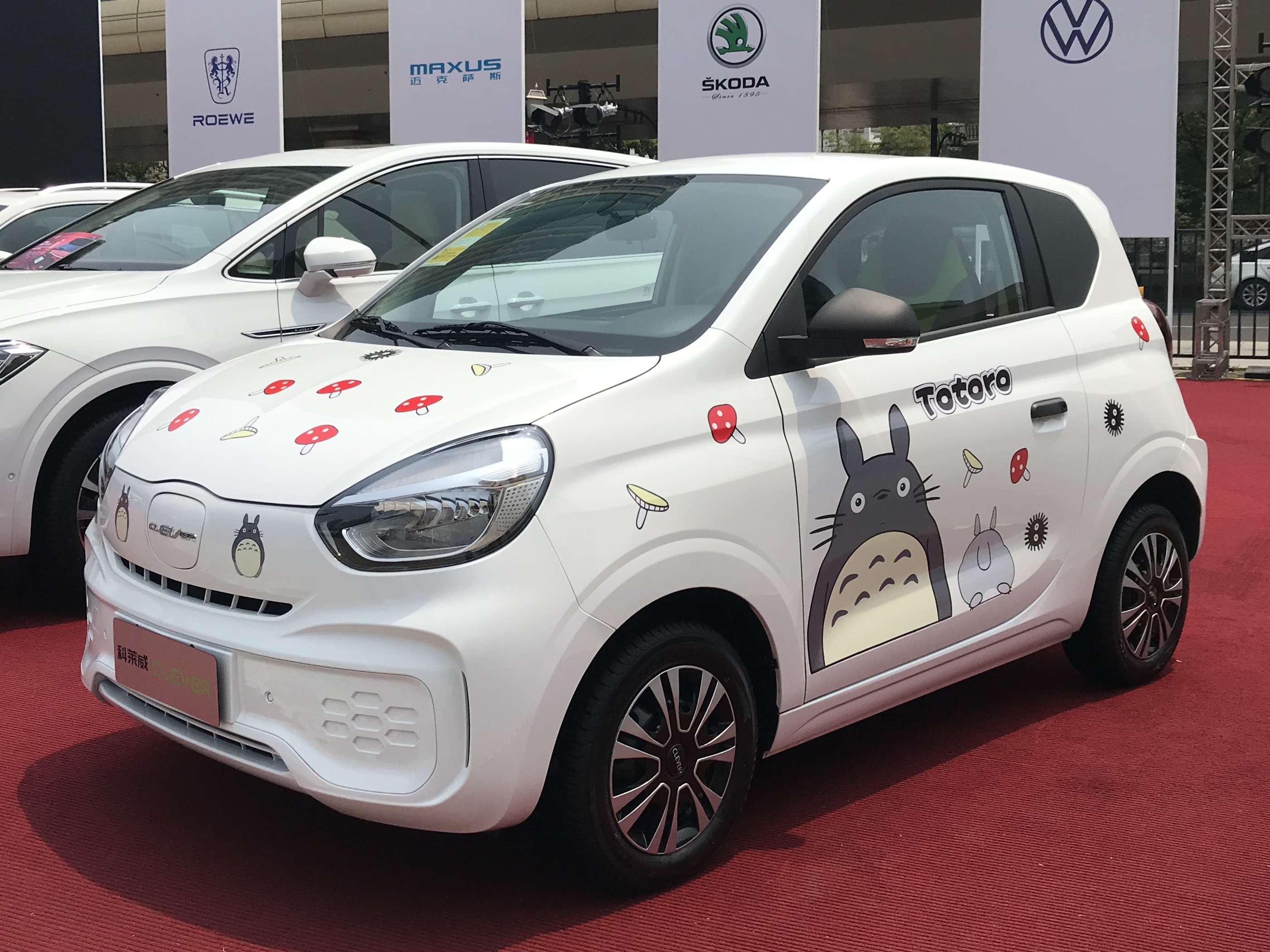 SAIC is one of the companies that is very serious about its overseas expansion drive. Its MG brand of electric vehicles, such as the MG 5 EV and the MG ZS EV, are proving to be very popular in Europe. A new addition to the stable, the MG4, which starts at price parity with popular ICE equivalents such as the VW Golf, is set to take things to another level. The MG4 made its debut in Europe in countries such as Germany, France, the United Kingdom, Italy, Spain, Norway, Sweden, Denmark, the Netherlands, Belgium, and Luxembourg late last year. SAIC has a global sales target of 150,000 vehicles in 2023. The MG4 will also to enter Australia, New Zealand, the Middle East, Mexico, and South America this year. The MG vehicles (including ICE vehicles) are available in 84 countries, meaning SAIC  is one of the firms best positioned to take its EVs to the world. Let’s just look at Europe for now, where small hatchbacks are quite popular. The SAIC Roewe Clever EV could just be the car to take Europe by storm if it was sent there in huge numbers and at a decent price. With the MG brand doing well, perhaps re-badging it as the MG Clever EV for Europe would give it a headstart riding on the renaissance of the MG brand. The SAIC Roewe Clever EV replaced the Roewe E50, whose production stopped in 2016. The Clever has a 37 kW (100Nm) motor and  a 27 kWh battery pack that gives a range of 260 km (NEDC). Hatchbacks are a really big deal in Europe. This small hatchback EV could do well. In terms of its dimensions, WattEV2Buy says the Clever is 3140 mm long, 1648 mm wide, and 1521 mm high. The wheelbase is 2000 mm and the luggage compartment of the Clever can accommodate 439 liters of storage. For comparison, here are the dimensions compared with the VW e-Up!:

As we can see from the table above, the SAIC Clever is just a tiny bit wider and taller than the e-UP! However, it is a bit shorter than the e-UP!, which is the 5-door hatch.

The 3-door small hatchback EV is priced at around $8,500 in China. It has a 6.6 kW onboard charger. Let’s just say after some updates for Europe and import costs, if it was to retail for around €15,000 or so, would you want one? Would you buy one? In this article:europe, MG, SAIC