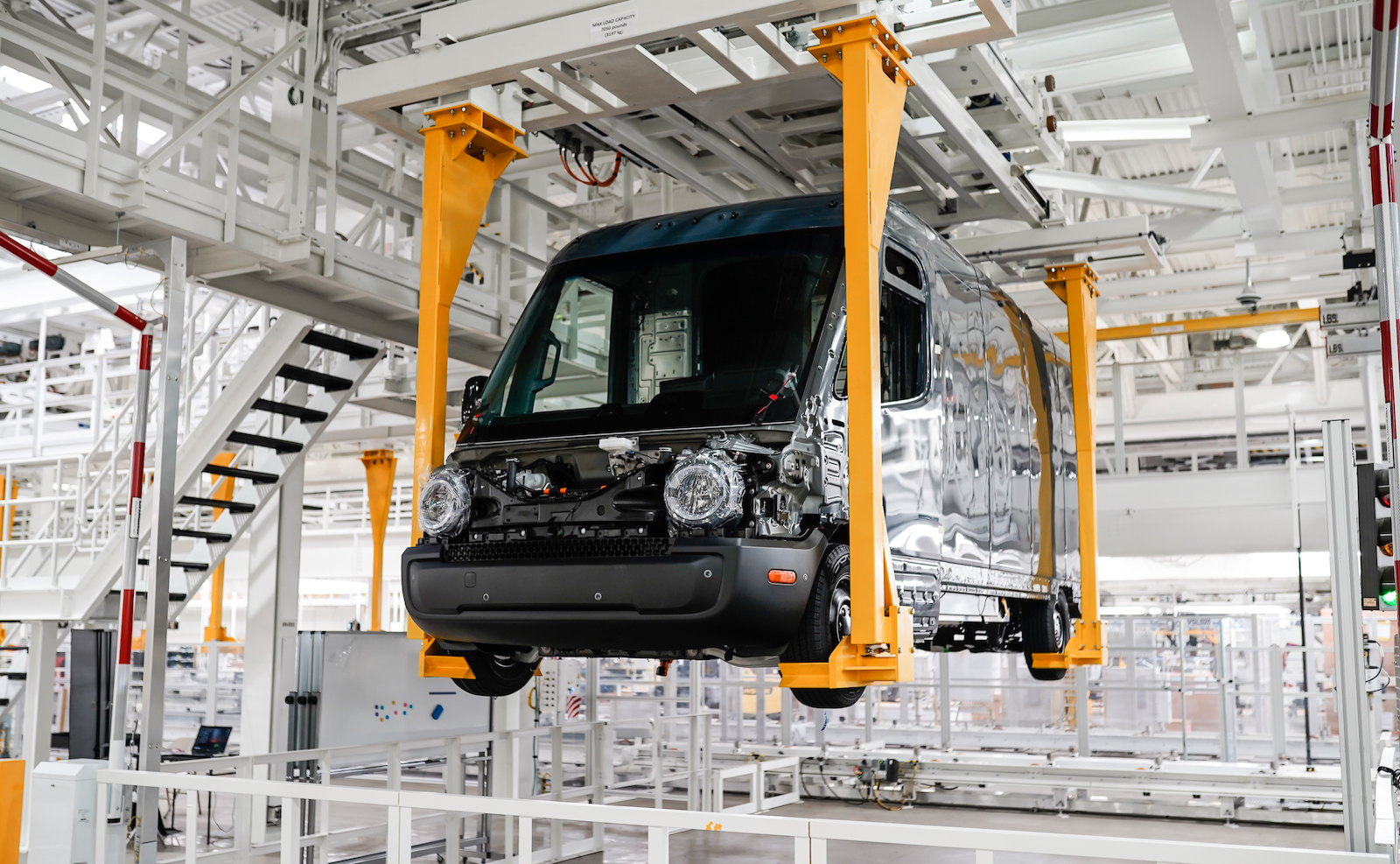 In September, Rivian and Mercedes announced they had signed a memorandum of understanding — a first step toward building electric vans together in Europe. It was exciting news for Rivian because it linked the US startup with an established automaker and expanded its operations beyond the borders of the US.

But now the bloom is off the rose, apparently. Rivian announced on December 12 it is pausing plans to produce its electric commercial vans in Europe and will no longer pursue the Memorandum of Understanding with Mercedes that was signed just three months ago.

Rivian CEO RJ Scaringe said in a statement, “We’ve decided to pause discussions with Mercedes-Benz Vans regarding the Memorandum of Understanding we signed earlier this year for joint production of electric vans in Europe. As we evaluate growth opportunities, we pursue the best risk-adjusted returns on our capital investments.

“At this point in time, we believe focusing on our consumer business, as well as our existing commercial business, represent the most attractive near-term opportunities to maximize value for Rivian. We share the same goal as Mercedes-Benz Vans, to help the world transition to electric vehicles, and we look forward to exploring opportunities with them at a more appropriate time for Rivian.”

“The pausing of this partnership reflects our process of continually evaluating our major capital projects, while taking into consideration our current and anticipated economic conditions,” Rivian Chief Financial Officer Claire McDonough said in a statement.

Mathias Geisen, who heads Mercedes-Benz Vans, was gracious in his remarks about the abrupt change in course. “Our collaboration with the Rivian team has been based on a common engineering passion and a strong spirit of partnership. That’s why I respect and understand the decision of Rivian to prioritize the delivery of their consumer business and existing commercial business in the near-term. While the timeline for our common European production joint venture is now on hold, the pace of our own electrification strategy at Mercedes-Benz Vans remains unchanged.

“The ramp-up plan for our new EV manufacturing site in Jawor, Poland is not affected. We will continue with full speed and determination to scale up electric vehicle production in our first dedicated electric van plant, which is designed for maximum flexibility and productivity. Exploring strategic opportunities with the team at Rivian in the future remains an option, as we share the same strategic ambition — accelerating the EV adoption with benchmark products for our customers.”

One hates to be too critical of a company that is trying to do the right thing, but this is not the first time Rivian has parted company with an established automaker. Ford was an early supporter of Rivian and eventually invested over $1 billion in Rivian. Back in 2018, Ford CEO Jim Hackett said, Ford CEO Jim Hackett said, “Rivian is a really special thing that’s teaching us about merging not only the powertrain but the architecture that the electronic control unit and other things connect to. So think of it as architecture for the operating system of the vehicle.”

But then three years later, Ford withdrew its support of Rivian. At that time, Hackett said, “Right now, we have growing confidence in our ability to win in the electric space. When you compare today with when we originally made that investment, so much has changed: about our ability, about the brand’s direction in both cases, and now it’s more certain to us what we have to do. We want to invest in Rivian — we love their future as a company — but at this point we’re going to develop our own vehicles.”

For its part, Mercedes seems to be doing quite nicely on its own. It has improved its eSprinter battery-electric van to the point where is can travel nearly 300 miles in real world driving. That’s impressive compared to the rather anemic capability of the original.

Electric vehicles are disrupting the world of transportation while at the same time creating fault lines in the world of manufacturing. Ford and Volkswagen are collaborating, Honda is working with General Motors and Sony, Apple is doing who knows what with its Project Titan program, Hyundai is coordinating with Canoo.

It’s a time of great ferment in the automotive industry. Some new companies will thrive while some old line companies will fade away. Whether Rivian is one of the survivors of the transition to electric transportation is unknown at this time. So far as we know, its commitment to build 100,000 electric delivery vans for Amazon is still intact.

Perhaps all is well at Rivian, but it is a little troubling that it has reversed course on its relationship with Mercedes so soon after it began. We hate to think Rivian will gain a reputation as a company that does not play well with others.

Don't want to miss a cleantech story? Sign up for daily news updates from CleanTechnica on email. Or follow us on Google News! Have a tip for CleanTechnica, want to advertise, or want to suggest a guest for our CleanTech Talk podcast? Contact us here.
In this article:europe, Mercedes-Benz, Rivian