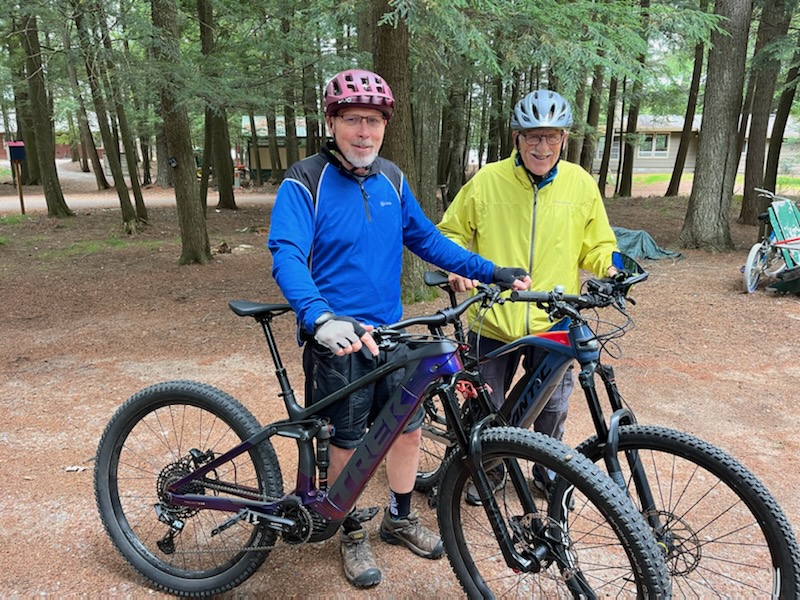 Figure 1: A friend and me on our ebikes. Camp Hasler. Three Lakes, Wisconsin. September 14, 2022. Photo by Fritz Hasler.

See part one of this two-part exploration of electric vehicles and other machines benefiting our lives: Open Your Eyes: Battery Electric Cars, Bikes, Tools, & Toys Everywhere — Life In An All-Electric Future (Part 1).

Above, you can see a friend and me going out for an off-road ride in Northern Wisconsin. I purchased my Fantic full-suspension, aluminum-frame, mountain ebike with all the latest features for $6000 in 2021. My bike has a 29” wheel in front and a 27.5” wheel in back. My friend in the blue jacket in the photo bought his bike this year. He did some bargaining with the bike shop owner and got one with a carbon fiber frame for $7000. Both wheels on his bike are 29”. It seems the specs on mountain ebikes are evolving every year. The bigger wheels make it easier to climb over obstacles like rocks, roots, and logs.

Most people are now familiar with electric bikes, but few probably realize that you can get electric three-wheel recumbent bikes. I was on my daily ebike ride down the Murdock Canal bike trail that runs in back of my house in Lindon, Utah, for 15 miles on top of a 10.5’ pipe which was used to bury the Murdock Canal. On the ride, I ran into a gentleman riding a three-wheel recumbent bicycle (see Figure 2). Many people riding recumbent bikes have some issues with their neck or back that make it impossible to ride a regular bike. Others ride them because they simply prefer them. This is the first one that I have seen “in the wild” that has electric power assist. Three-wheel bikes are much heavier than two-wheel bikes, so riding a solely human-powered 3-wheeler up the steep hills that we have in the foothills of Mount Timpanogos where we live would be impossible for all but the most athletic person. Interestingly, he uses clips on his shoes to hold his feet securely to the pedals, which allows push-pull power. A huge safety factor of the clips is that they keep his feet from slipping off the pedals. If a foot slips down off the pedal of a recumbent bike and hits the pavement while you are riding, you can easily have a broken foot.

I was not surprised to hear that he bought his bike at the 3-wheel bike store Utah Trikes 10 miles south of us in Springville, Utah. I had visited their store some years earlier. They ship 3-wheel bikes all over the country. Figure 3: My Granddaughter and me. Electric ski lift in Brighton, Utah. March 19, 2010. Photo by Fritz Hasler.

I teach alpine skiing at Brighton Ski Resort 20 miles from downtown Salt Lake City. High-speed ski lifts are an incredible boon to snow skiing, and a large percentage of ski lifts these days use the high-speed technology. It requires a huge, complex machine at the top and bottom of the lift that lifts each chair off the high-speed cable and slows it way down for easy on and off (see figure 3). It didn’t occur to me to mention electric ski lifts in my earlier articles about electrifying everything since ski lifts are powered 100% by electric motors worldwide these days. However, when I was growing up as a kid in Madison, Wisconsin, in the Midwest, we rode rope tows that were powered by some old car or truck motor. The rope ran on a regular car wheel with the tire removed.

The lifts at Brighton Ski Resort do have diesel motor backup in case there is a power failure. One of the most serious problems at ski resorts is how to get skiers off chairs 50 ft in the air if the power fails or if the lifts fail to operate for any other reason.

The complaint I often hear about my electric car when I claim it’s my small effort towards a greener future: Yah, but you are using electricity made from coal. I counter with: We had solar panels installed on our house 7 years ago, so we are actually driving on sunshine. If you don’t want to be at the mercy of your local electrical utility to power your 100% electric house, you need solar panels on your roof (see figure 4). Mine have paid for themselves in the 7 years I have had them on the house. In the highest producing months, my 20-panel system has reduced my monthly payments to as low as $12. If you want to have power when you have an electrical outage and you want true autonomy from your electric company, you also need to have a Tesla Powerwall or other large battery device to store the electricity from your solar panels.

Don't want to miss a cleantech story? Sign up for daily news updates from CleanTechnica on email. Or follow us on Google News! Have a tip for CleanTechnica, want to advertise, or want to suggest a guest for our CleanTech Talk podcast? Contact us here.
In this article:electrify everything Crazy Power Wars Down Under