One of the largest obstacles in the way of mass adoption of renewable energy technologies and microgrids is the disconnect between real world financing and the modeling of these systems. As it stands, most large microgrid projects are either publicly funded or part of a R&D budget for a major organization. This is because these groups are able to completely fund the project themselves, which involves a massive upfront cost to acquire all the microgrid technologies and distribution equipment. This is a tough sell on most corporate balance sheets however, meaning for the majority of organizations interested in a transition to clean energy, outside investors will need to get involved.

Additionally, while the benefits of clean energy technology are clear, in order to reach mass market penetration there needs to be a design methodology which can not only take into consideration the effect that funding mechanisms will have on the final design but also optimize the design around those terms. Answering this challenge was the target of research performed in the Journal of Renewable and Sustainable Energy by Zachary K. Pecenak, Patrick Mathiesen, Kelsey Fahy, Charles Cannon, Ebun Ayandele, T. J. Kirk, and Michael Stadler.

According to the research published by the project team, of the common funding approaches identified, four could apply to all end users: private debt/equity, Power Purchase Agreements (PPA), performance based contracts, and project revenue sharing. The project team also noted that the latter three options are actually business models (wherein the project pays itself off with energy generated over the lifetime of the project), however these models would still rely on a project financier to fund the project directly through their balance sheet or seek private debt.

As the paper states, “unfortunately, several factors still limit the willingness of institutional investors to enter the market: the plethora of unknowns around the operation of so many assets (mainly due to a lack of data); the lack of standardization around microgrids; outdated modeling practices, especially concerning financing strategies; and the difficulty of quantifying intrinsic benefits of microgrids, such as avoided costs due to increased resilience without making gross assumptions on lost revenue. Thus, many stakeholders are questioning if microgrids will ever realize their potential.”

To counter these valid concerns, the researchers have developed a framework to instill confidence in investors, standardize the design process, and integr

ate financial assessments and funding mechanisms directly into the optimization. The project team refers to this as “bankability” which is defined as financial and commercial viability. This is not only attractive due to the implication that financial returns could be made but also because of a bankable project’s ability to address the commercial risks that could threaten those returns. In simple terms, as far as investors are concerned, the project must be well understood, based on best practices, and actually deliver worthwhile dependable returns.

That is where the project team’s commercialized microgrid design platform, Xendee comes into the picture.

Xendee is design software that streamlines the whole microgrid design process. And with the new updates driven by the project team’s research, engineers can now quickly identify financing and funding mechanisms and work them into the project design from the very beginning of the design process.

Figure 1. This figure depicts the equipment lifetime financing method in Xendee’s financing panel. This simplified approach amortizes all DER purchases over the course of their lifetime where old loans are paid off in full and new ones are initiated after the resource reaches its projected lifetime. Image courtesy XENDEE.

For example, as part of a recommended design workflow, engineers can first use the simplified equipment lifetime financing model to run an initial viability study for a project site and verify that it is worthwhile to move forward with a distributed energy project. Additionally, this can be used to generate an initial financial projection or report to share with investors or a funding institution to help come to an agreement and define terms. Figure 2. This figure depicts the loan term financing method in Xendee’s financing panel. This more in depth approach bundles investments over a loan period using the actual terms of the deal to finance the project or a portion of the project. Image courtesy XENDEE.

From there, Xendee’s loan term financing model should be used. This method models one loan taken out over a defined period to finance all or a percentage of the microgrid cost (all of this can be explicitly defined by the user). Replacements are serviced by accruing cash throughout the project based on the expected replacement cost, only while replacement is needed before the project ends. Additionally, a key to this model is that it provides a changing cash flow over a defined project period, which is useful for 3rd party microgrids. This is also most effective when detailed financing terms from the funding institution are known.

Based on the researchers’ work, these two methods, and their use together as part of the project viability, design, and funding process represent a novel concept in the approach to microgrid design. The research is also based on a well published test case and is already available for usage within commercial microgrid design and optimization software such as Xendee. This model can also handle complexities which may be required to get some of these non-publicly funded projects off the ground. This could include having multiple funding sources, crowdfunding, grants, and tax-equity investors – which are all considerations that can be modeled in Xendee but are not covered by the researchers in this paper.

Thus, while the complexities and difficulties of large infrastructure projects won’t be going away any time soon, an innovative and bankable method for not only integrating real financial terms, but also optimizing the design around them will be key. 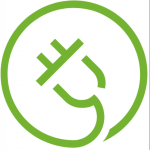