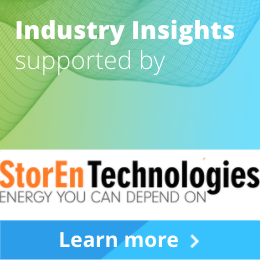 Microgrids are small electricity networks that can connect to the larger grid or disconnect and operate independently with their power source.

The US Military has long believed that microgrids are an effective way to secure and stabilize the operation of critical facilities – reducing their vulnerability to grid outages, cyber-attacks, and even physical infrastructure attacks.

The Public Sector is Also Seeing the Value of Microgrids

For instance, in California, where utility companies often must enforce rolling blackouts (or brownouts) during peak energy usage, microgrids can allow communities to keep their power on.

Also, remote communities left without power for extended periods following natural disasters can bridge the gap with a microgrid.

Microgrids are also valuable to telecom companies that need a backup power supply to keep their telecommunications systems functioning around the clock.

So how are so many more microgrids being created now? What has changed in the marketplace that has made microgrids so much easier to create?

That’s why US Secretary of Energy Jennifer Granholm tweeted the following: “Flow batteries keep the energy flowin’ more reliably …that’s why they’re good for grid storage, and that’s why we’re investing $$ in them! Cleaner, more efficient energy for all.”

He says they are well suited for stationary electricity storage, such as storing solar energy during daytime hours and then using it at night.

Thanks to the massive potential of vanadium flow batteries, cutting-edge companies have developed a revolutionary suite of battery-related products that can economically store and supply large amounts of electrical energy on demand.

At the same time, the products also incorporate long life, low maintenance costs, and are scalable from both power and energy capacity perspectives.

Going With the Flow

So what exactly is a vanadium flow battery? A flow battery is a type of rechargeable battery in which the energy is stored chemically in liquid electrolytes. Unlike conventional batteries that hold all their reactive materials within the cells, a flow battery keeps the electrolyte in tanks.

Each electrolyte tank is charged with vanadium in a different redox couple. The two electrolytes do not mix but are separated in the cell stack by a thin membrane that only allows selected ions to flow through.

Also, in the cells are very stable carbon electrodes manufactured to a proprietary process and formulation, where chemical energy transfer to electrical energy takes place. The reactions only involve the change of state of oxidation of the vanadium pentoxide, and the electrodes do not change physically or chemically.

Additionally, the presence of vanadium in both electrolyte tanks does not lead to cross-contamination of the metal species, as it takes place with any other technology using different metals. Therefore a large number of charge and discharge cycles, more than 20,000 cycles, may be performed without any significant decrease in capacity.

Vanadium Flow Batteries Are Making All the Difference!

For on-grid applications, vanadium flow batteries fulfill many roles, including traditional battery backup and shifting energy use to a lower time of use rate.

In remote locations, these batteries work well at sites that use a ‘hybrid’ or cycling approach where a diesel generator combines with renewable energy such as wind or solar to power cellular and microwave sites.

The additional environmental benefits include a significant reduction in diesel emissions and minimal disposal concerns.

The need for microgrids to supply backup power and to replace less-efficient lead/acid batteries is growing by the day. Vanadium flow batteries are proving to be the ideal power source for these small grids delivering benefits like:

Only vanadium flow battery technology allows industries to cost-effectively “inventory” electricity on a large scale and then utilize this electrical energy on demand.

Also, unlike other battery technologies, it does not lose capacity after thousands of charge and discharge cycles. You can invest in the company here.

This article is supported by StorEn Technologies.