Automakers like Ford spend lots and lots of money on advertising. How much? According to Statista, in 2021, General Motors spent nearly 2.7 billion U.S. dollars on advertising in the United States. Ford ranked second at $2 billion, while Stellantis, Toyota, and Honda each spent around $1 billion each.

Everyone knows by now that Tesla is disrupting the way cars are sold in America. It has no dealers — although, it does have smaller showrooms that people can visit to learn more about Tesla cars and take a test ride if they wish. There are no gigantic lots filled with unsold Teslas looking for new owners. Virtually every Tesla is pre-sold before it gets built and the company spends exactly nothing on advertising.

Reuters reports that Ford CEO Jim Farley will be in Las Vegas next week to meet with Ford dealers. His mission is to convince them the “build to order” model is better for business and could help reduce the cost of delivering Ford electric cars and trucks by about $2,000. The dealers have been told one key topic for the meetings will be a discussion of new agreements that would govern how dealers sell the expanding lineup of EVs from Ford.

Farley told analysts in July that Ford needs to cut $2,000 per vehicle in selling and distribution costs to be competitive with Tesla and other electric vehicle startups that sell directly to consumers without franchised dealers. About a third of those savings could come from what Farley calls a “low inventory model,” where customers order a vehicle and Ford ships it to a local dealer.

The “Build To Order” Model 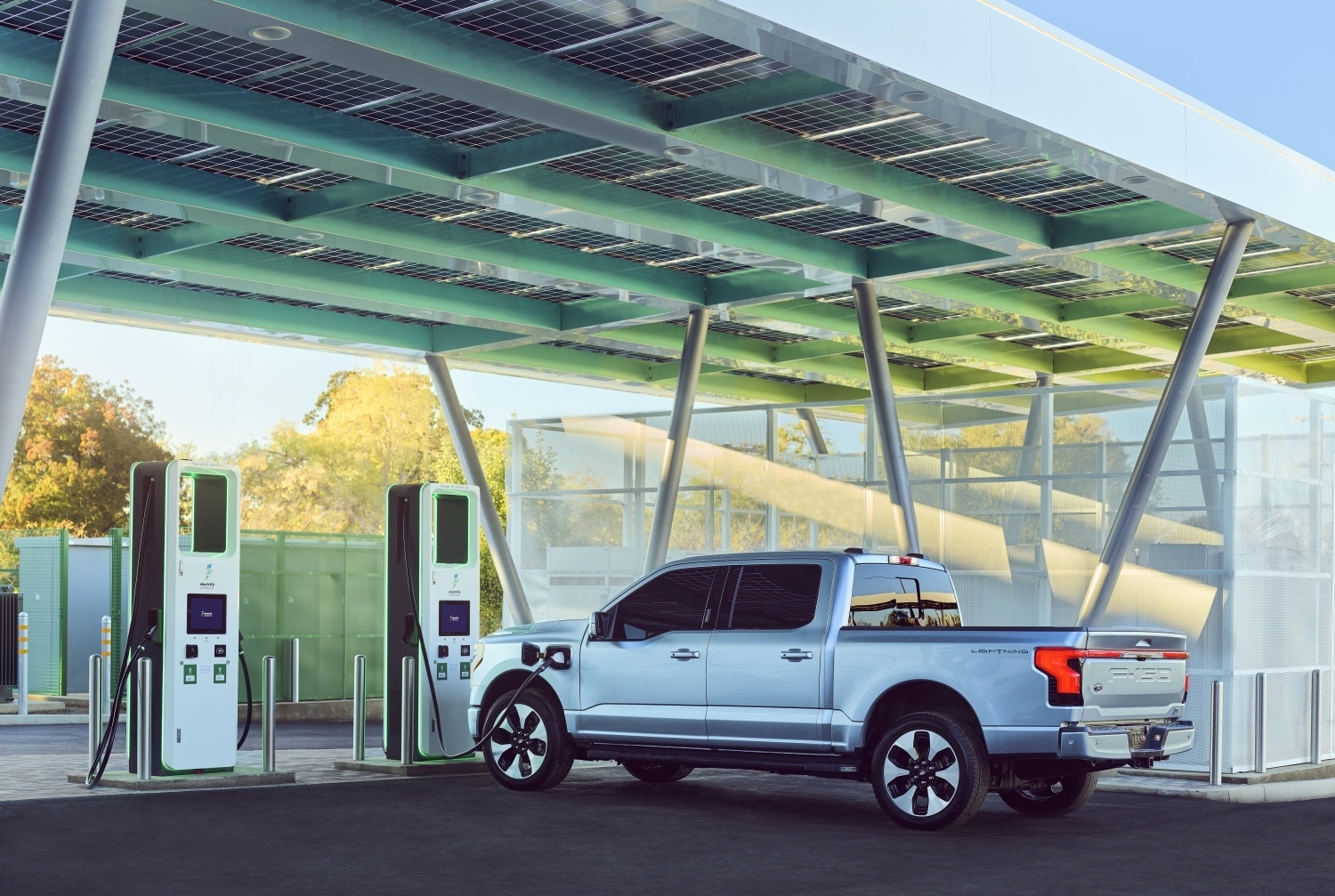 Since those cars are pre-sold, there would be no need for dealers to have acres and acres of new cars baking in the sun for weeks or months. A lot of the advertising budget goes to finding customers for those unsold cars. “We think that’s worth maybe $600, $700 in our system,” Farley told analysts in July. Ford declined to comment other than to say “we are excited to meet next week with our North America dealers to grow and win together.”

The “build to order” model goes against one of the most time-honored laws of sales — the “you can’t sell from an empty wagon” concept. Customers looking for shirts or skirts or peas or cookies expect to see a cornucopia of products for sale when they go shopping. They like to see and touch the merchandise — squeeze the peaches and pull back the husk of an ear of corn to see if it looks good before they buy it. Asking people to order a car and then wait for it to be built just cuts across the grain of every marketing strategy known to the sales profession.

But all that unsold merchandise comes with a cost. It has to be insured against damage or loss, it has to be organized, buffed, and polished constantly, and it has to be paid for. Most of those unsold cars are financed using what the industry calls “floor planning,” which uses them as collateral for an ongoing line of credit. Loans incur financing charges, which bankers use to feed their families and send their kids to college.

All of it costs money — lots and lots of money. Farley’s pitch to the dealers will be designed to help them see how they can reduce their costs without reducing their profits. It’s really about making the sales process more efficient.

The dealers say they expect Farley to outline minimum investments for charging stations and other equipment to support electric vehicle customers. They want to know how quickly they will be required to install chargers, which can cost as much as $500,000, depending on the type and number of chargers specified.

“The manufacturers so far have let us scale into it and I think Ford will hopefully do the same thing. You just can’t say, ‘Listen, we’re going to sell 2 million electric cars five years from now and we expect you to put in five superchargers,'” Rhett Ricart, owner of Ricart Ford, a large dealership in Columbus, Ohio, told Reuters.

Still, not many drivers are going to pull off the highway to charge at a dealer’s showroom. At most, 1 or 2 fast chargers should be enough to meet customer expectations. And those fast chargers are themselves great marketing tools. They will tell customers, “We are ready to meet all your electric car needs. Come do business with us.” That makes them fully deductible as a business expense as well.

The Ford Vision For The Future

A shift by Ford to a Tesla-style “build to order” system could come with caps on the profit margins dealers can earn on a new vehicle sale, some dealers told Reuters. “I see dealer margins still being very competitive, but they are going to shift,” Farley said in July. Ford intends to put more emphasis on selling products and services after the initial vehicle sale, he said.

State franchise laws could give dealers leverage to resist efforts by Ford to set fixed prices or fixed fees for delivering electric vehicles, however. We’ll see.

General Motors announced last week that it would offer buyouts to Buick dealers in the US who do not want to make the investments required as the brand shifts to an all-electric lineup. GM has already spent $274 million to reduce the ranks of U.S. Cadillac dealers.

Josh Sloan, the general manager who oversees two Ford stores and one Lincoln store for Michigan’s LaFontaine Automotive Group, said his company is prepared to spend what it takes to shift to electric vehicles. “I was surprised there weren’t higher standards from Ford sooner,” Sloan said. “We’re moving into this really fast. If you’re not all in, you’re going to lose.”

The way cars are sold in the US is pretty unique. There is this part macho, part cowboy, part rug merchant ethos that most people find distasteful. While many say they would never buy a car they haven’t test driven, hundreds of thousands have ordered Teslas online and found it a pleasant experience.

The only constant in life is change. Dealers have found the car business quite profitable using a 20th century business model, but so did Nokia and Kodak in their respective fields, among others. Dealer franchise laws in most states mean Ford cannot force its new sales strategy on them without their consent.

The “build to order” strategy obviously works for Tesla. Will it work for legacy automakers like Ford as well? “We’ll see,” said the Zen master.

Appreciate CleanTechnica’s originality and cleantech news coverage? Consider becoming a CleanTechnica Member, Supporter, Technician, or Ambassador — or a patron on Patreon. Don't want to miss a cleantech story? Sign up for daily news updates from CleanTechnica on email. Or follow us on Google News! Have a tip for CleanTechnica, want to advertise, or want to suggest a guest for our CleanTech Talk podcast? Contact us here.
In this article:auto dealers, auto dealerships, Ford, Jim Farley