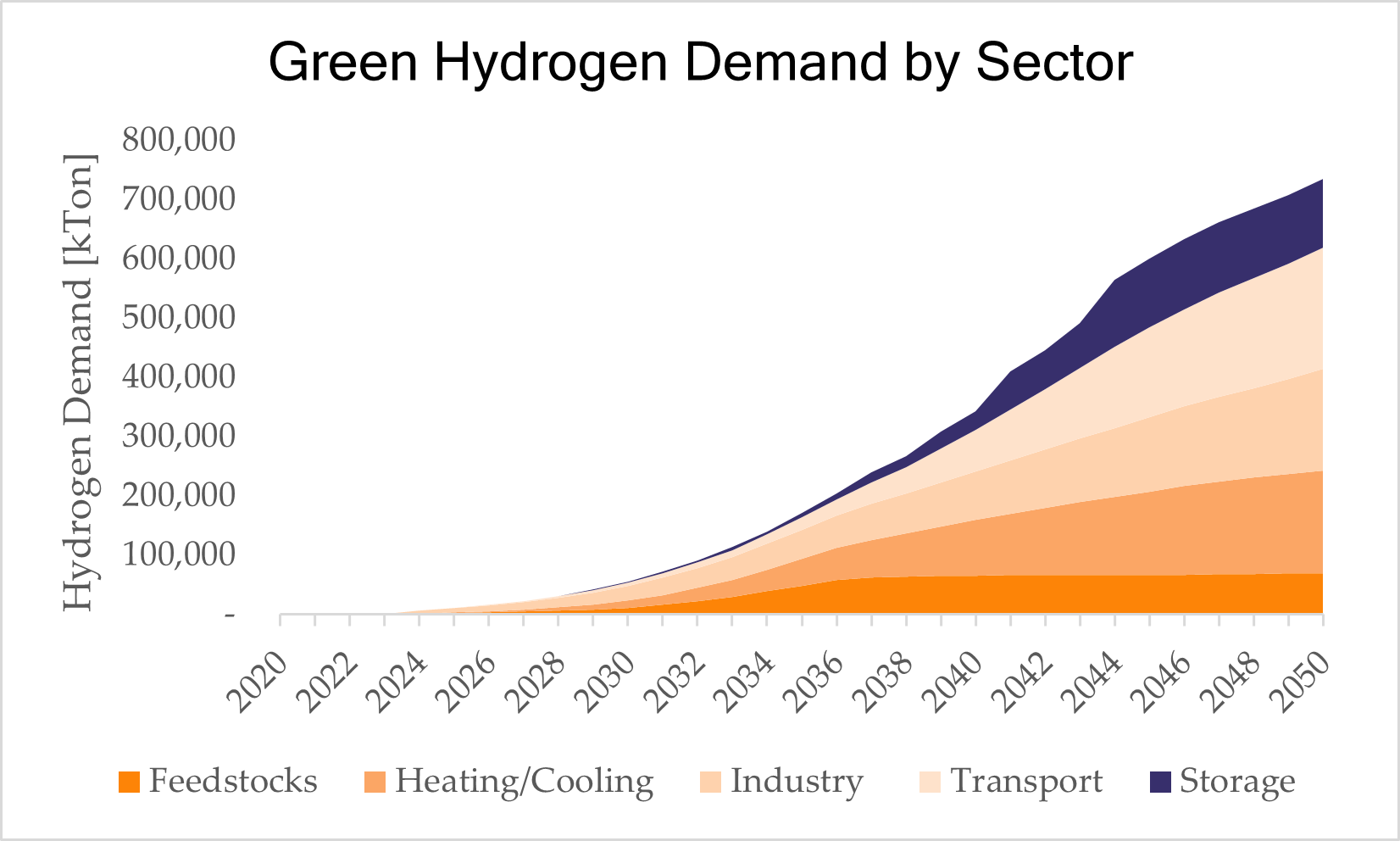 Green hydrogen, is it just vaporware? Not according to Rethink Energy UK. Their latest report indicates that there is a surge in the production capacity of electrolyzers. For green hydrogen to succeed, the word needs a surfeit of renewable energy, plenty of clean water, and cheap electrolyzer supply. Rethink Energy believes that these elements are coming together. Rethink Energy is known for its far reaching and aggressive predictions.

In their recent research paper The Swelling Pipeline of Electrolyzer Gigafactories, they chart the announcements over the past 3 years, then project that the industry is on track to satisfy demand over the next five years. The conversation around hydrogen is no longer dominated by doubt.

In 2020, the production capacity for electrolyzers was just 2 GW globally. Rethink Energy predicts that nearly 40 GW of electrolyzers are set to be installed in the next 5 years. “Over the past two years, western electrolyzer manufacturers have committed to building factories that can produce over 42 GW of electrolyzers per year by 2030. Locations have already been secured for nearly two-thirds of this.”

This could mean that manufacturers across the west and Asia are expected to be producing more than 100 GW of electrolyzers per year by 2030. In Australia, we are doing our part.

“Such factories only take around two years to build,” notes Harry Morgan, Rethink Energy’s hydrogen analyst and lead author of this report, “meaning that at the current rate of these announcements, we’re predicting that developments will keep pace with electrolyzer demand over the next 10 years.”

In total, around $6 billion will have to be invested in the construction of these new factories.

“Hydrogen has been identified as a key technology for the decarbonization of heavy-duty transport, heating, industry, feedstocks, and long-duration energy storage. Rethink Energy’s latest report anticipates that by 2050, global hydrogen demand will have grown ten-fold to 735 million tons, with almost all of this being produced using electrolysis.

“Fourteen different manufacturers now have plans for an electrolyzer Gigafactory, across twelve different countries. There will be space for different chemistries — PEM, AEM, and SOE to name a few — as the specific requirements for electrolysis plants vary from site-to-site.”

Within 2 years, it is expected that green hydrogen will be produced at a lower cost than grey hydrogen from methane. The planned gigafactories will give economies of scale, and research is producing lower cost electrolysers.

Rethink Energy predicts: “Just as solar modules have in power generation, and batteries have in the EV space, electrolyzers will outperform expectations.” RE expects the cost of electrolyzer units to fall from $1400 per kW to $340 per kW by 2030. With the cost of solar power predicted to fall below $20 per MWh, the global cost of green hydrogen will be below $1.50 per kg.

Good, green news for the planet.

Appreciate CleanTechnica’s originality and cleantech news coverage? Consider becoming a CleanTechnica Member, Supporter, Technician, or Ambassador — or a patron on Patreon. Don't want to miss a cleantech story? Sign up for daily news updates from CleanTechnica on email. Or follow us on Google News! Have a tip for CleanTechnica, want to advertise, or want to suggest a guest for our CleanTech Talk podcast? Contact us here.
In this article:green hydrogen, Hydrogen, Rethink Energy