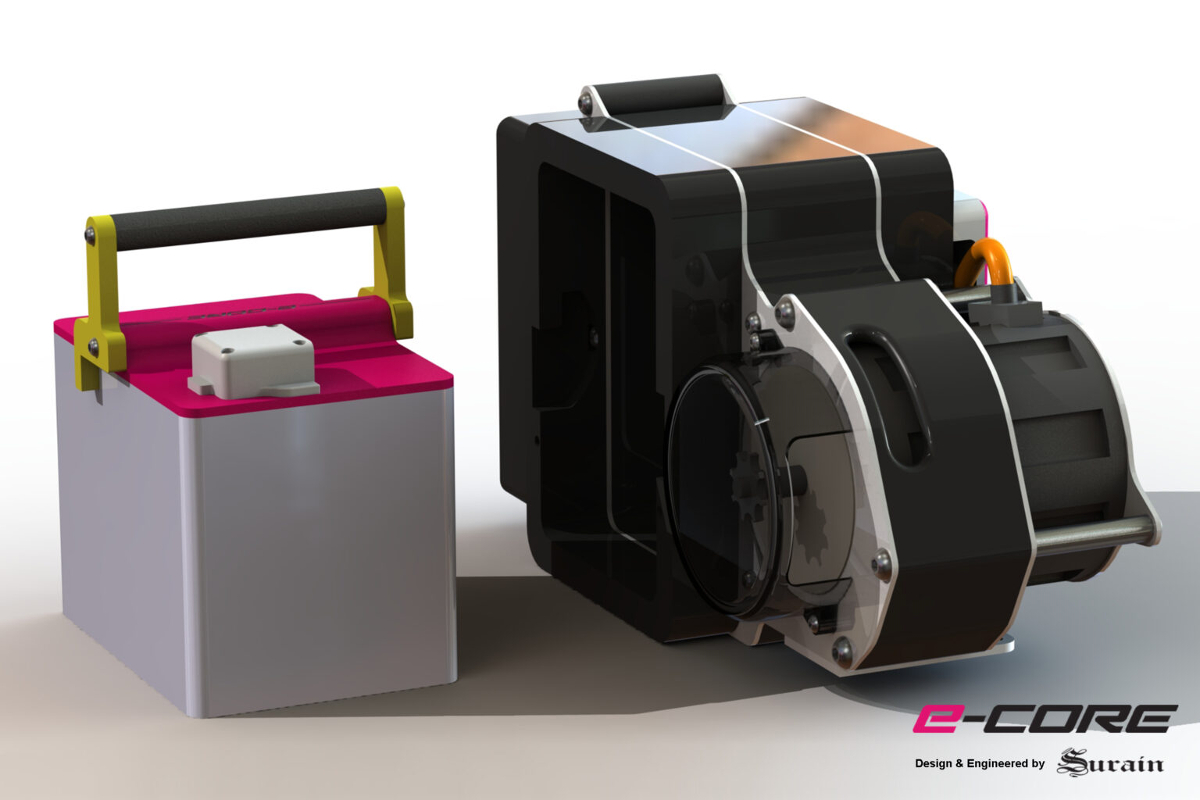 Benjamin Surain of Belgium has developed a battery and electric motor package that would be a direct, drop-in replacement for the ubiquitous 50cc gasoline engines that power millions upon millions of mopeds and scooters all around the world.

Surain calls his idea E-Core. It incorporates a 1200 watt-hour removable battery pack that can be carried indoors for recharging and a 3 kW (4 hp) electric motor. The performance between the conventional engine and the electric drivetrain is about the same, except the motor has a peak power rating of 8 kW (12 hp), which could transform the driving characteristics of all those mopeds that have a maximum of about 2.5 kW (3 hp) available. 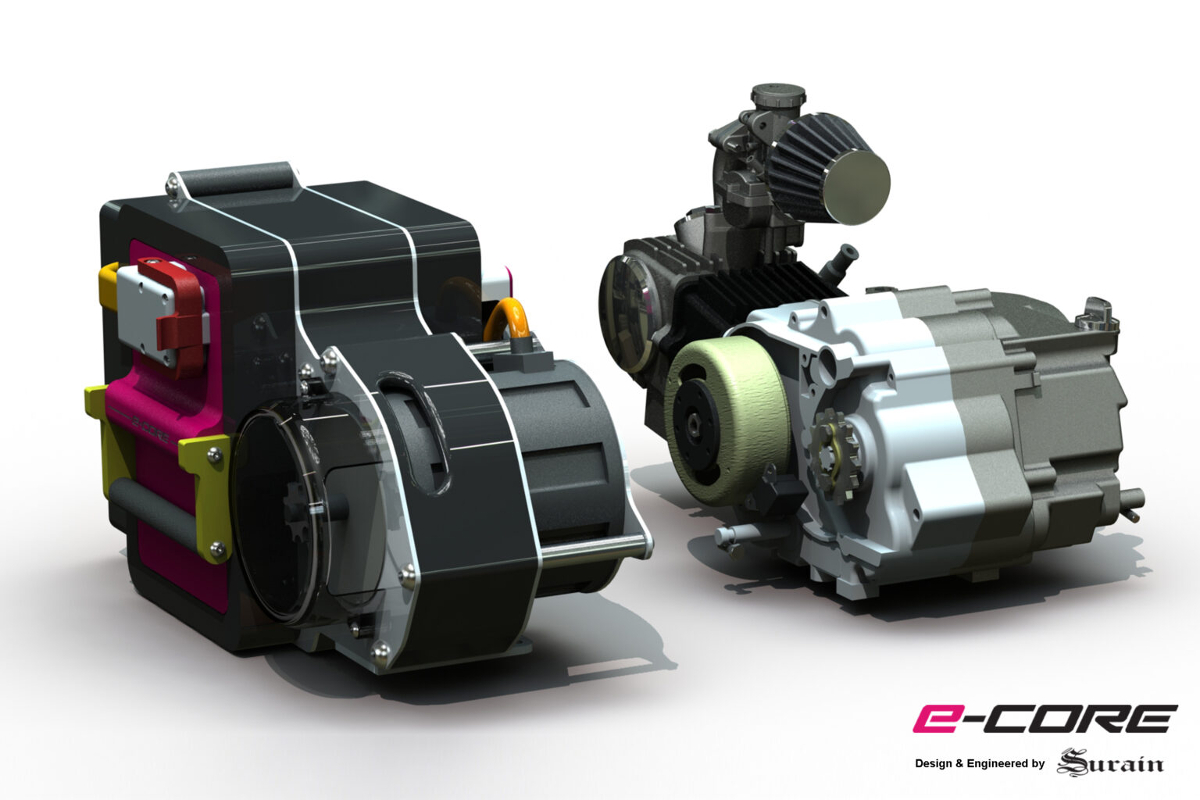 Surain has partnered with Guy Salens, founder of Electric Motorcycle News, the E-center in the Netherlands, and Motorguy. They call their new collaboration ON with the hashtag #pushthebutton, which will promote the use of light electric vehicles for last mile solutions and personal mobility.

The concept behind the E-Core is simple. Unbolt the old 50cc combustion engine and transmission, bolt in the E-core, add a stay to support the weight of the battery, connect the wires and the throttle, and go. The design has to be flexible enough to fit in as many 50cc scooters and mopeds as possible. It sounds easy, but getting to this point hasn’t been easy. Surain tells The Pack, “The E-Core project is a paradigm shift in the usual design of my 2 electric wheels. I always drew and prototyped from scratch, creating an entirely new model. This required a lot of drawing, CAD and manufacturing time as well. As parts were not standardized, this generated high costs, many hours of drawing, manufacturing, assembling, testing, corrections, but lot of satisfaction when some problems were solved …”

“The prototype is already running and is currently undergoing various tests, he says. “During development, I also have in mind that the finished product must be as inexpensive as possible in order to be considered as an alternative to a normal replacement engine. For manufacturing and distribution I am still looking for investors who believe in this project as I do.”

Surain and Salens are seeking investors who believe in sustainable transportation to move their E-Core technology forward. When you think about it, taking millions of small combustion engines off the road would have a bigger impact on carbon emissions from transportation than a new million dollar electric hypercar.

The key to making the E-Core a commercial success is volume production. Perhaps a major moped manufacturer will join forces with Surain and Salens or maybe Amazon will decide to get into the scooter conversion business. This is an idea that deserves to succeed. If you have a few million laying around you don’t know what to do with, give these lads a call. There’s a business opportunity here for an investor with vision.

Oh, and if you think this all sounds boring, check this out! 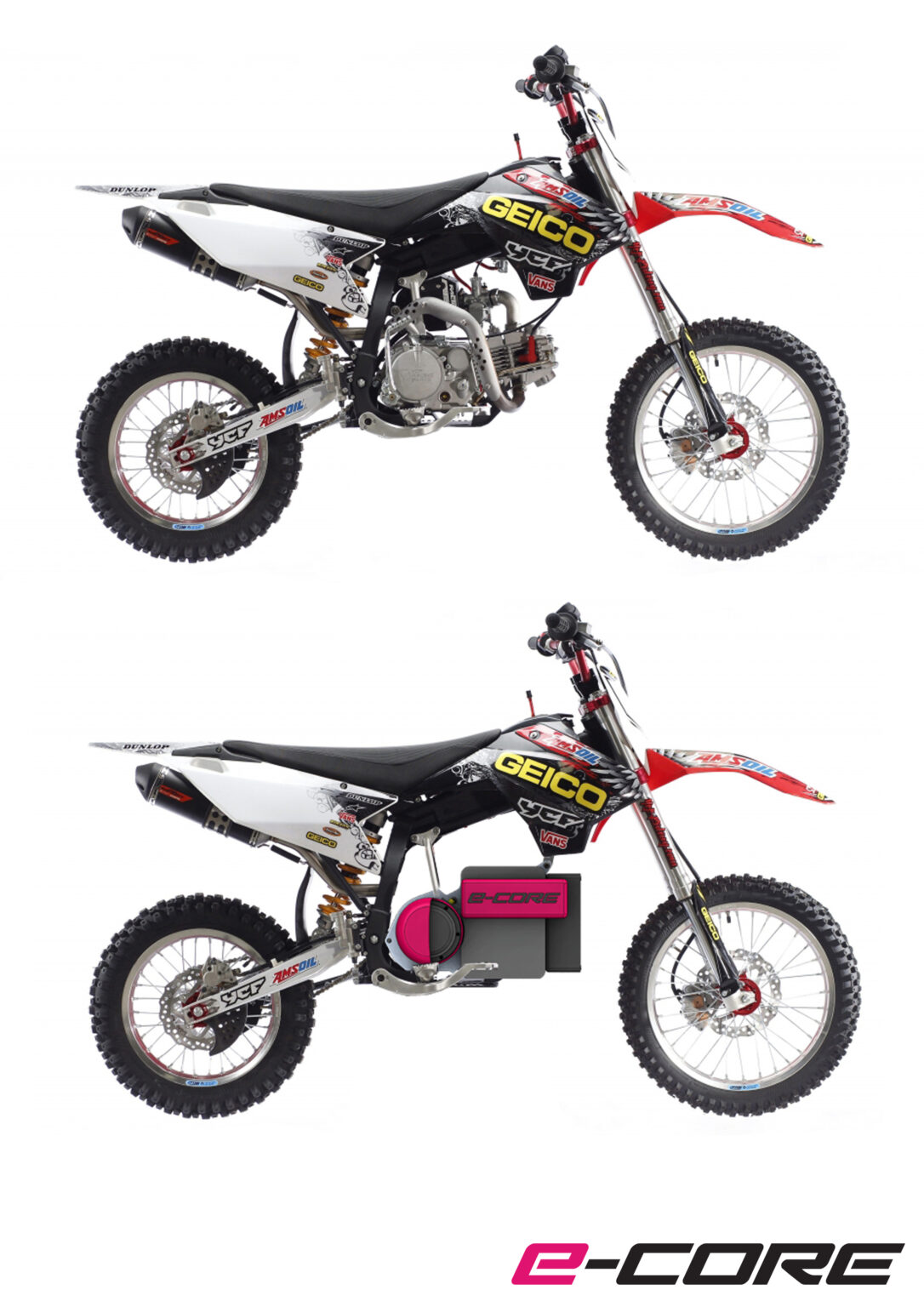 Appreciate CleanTechnica’s originality and cleantech news coverage? Consider becoming a CleanTechnica Member, Supporter, Technician, or Ambassador — or a patron on Patreon. Don't want to miss a cleantech story? Sign up for daily news updates from CleanTechnica on email. Or follow us on Google News! Have a tip for CleanTechnica, want to advertise, or want to suggest a guest for our CleanTech Talk podcast? Contact us here.
In this article:electric motors, EV conversions