A number of recent events have made it impossible to ignore the warming of our planet any longer. We call it global warming, because it is climate and it happens slowly over 10s of years or longer, but considering recent events, we should probably call it Global Cooking.

It is common knowledge that the fossil fuel industry has spent billions of dollars lobbying governments to do nothing to stop global warming. And why wouldn’t they? A true switch to green energy will mean trillions of dollars in stranded assets for the oil, gas, and coal companies. But how do we deal with this?

What evidence do we have that we are already cooking our only home, Planet Earth? Here’s some:

Many nations around the world have made commitments toward reducing their CO2 emissions, which are causing this “cooking,” but few (including the US) are moving fast enough to stop global warming before it becomes catastrophically worse.

It is common knowledge that the US Republican Party is bought and paid for by the fossil fuel industry. With this understanding, it follows that only watered down efforts toward clean energy will be implemented if control of Congress is regained by Republicans. There are five key senatorial elections where Democrats have a good chance of beating candidates that Trump has supported. All of the Republican candidates are extreme right wingers who support Trump’s big election lie. None are solid middle-of-the-road candidates. Herschel Walker and Mehmet Oz are real dingbats.

Historically, the opposite political party from the President makes pickups in an off-election year. However, because Trump has backed some very poor Senate candidates for 2022, because of the Supreme Court decision to allow forced pregnancies and births, and because of the House Committee on the January 6th Insurrection’s hearings, that may not be the case this year. A consensus of political polls forecasts a Senate split 50–50 again in 2022, with some individual polls showing Democrats or Republicans picking up a seat or two.

If Democrats prevail in these 5 key winnable races, Democrats will most likely retain control of the Senate and may even be able to eliminate the veto pen of Joe Manchin. I give the political polling results for each candidate as available now. Note: Polling numbers change with time.

The key US Senate races most winnable for Democrats in 2020 are:

1) Democrat Mandela Barnes vs. sitting US Senator Republican Ron Johnson in Wisconsin. You can contribute to the campaign of Mandela Barnes as follows: Mandela Barnes for Senate — ActBlue. From RealClear Politics as of August 25: Mandell Barnes is up by 4.3 points over Johnson. Since Democrat Governor Tony Edwards and President Biden both won in Wisconsin in 2020. This is a reasonable hope for a Democratic pickup. 2) Democrat Raphael Warnock vs. Herschel Walker in Georgia. Raphael Warnock, who was elected in a 2021 special election runoff, is seeking his first full term. He is opposed by former football player Herschel Walker, who was endorsed by former president Donald Trump and Senate Minority Leader Mitch McConnell. From RealClear Politics, the average of recent polling has Warnock leading by 4.4 points. You can contribute to Warnock’s campaign at: Donate to Raphael Warnock — ActBlue. Since Warnock, Ossoff, and Biden all narrowly won in 2020, this is a reasonable chance for a hold. Many political pundits hold Trump responsible for Republicans losing the 2020 Senate races in 2020. If Democrats hold the Senate in 2022, Trump may have done it again. 3) Democrat John Fetterman vs. Carpet Bagger Dr. Mehmet Oz in Pennsylvania. Republican US Senator from Pennsylvania Pat Toomey is retiring, so a win by Fetterman would flip this seat from Republican to Democrat. You can donate using this link: John Fetterman for Senate — ActBlue. The RealClear Politics polling average shows Fetterman up 7.8 points. Since President Biden carried Pennsylvania narrowly in 2020, this is a reasonable chance for a Democratic pickup.

4) Former NASA astronaut and current US Senator Mark Kelly vs. Blake Masters in Arizona. An August 18 poll shows Kelly up 8 points over Masters. You can donate to Mark Kelly at: Donate to Mark Kelly — ActBlue. Since Biden won Arizona in 2020, this is a good chance for a Democratic hold.

5)  Democrat Catherine Cortez Masto vs. Joe Heck in Nevada. From RealClear Politics and the Reno Gazette-Journal/Suffolk, an August 21 poll has Masto up by 7 points over Heck, but other polls have shown Heck in the lead. Since Biden carried Nevada in 2020, this is a good chance for a Democratic hold. The link to donate to Masto is: Catherine Cortez Masto for Nevada Senate — ActBlue.

Double Bonus: Val Demings vs. Marco Rubio in Florida. The August 8 to 12 poll by the University of North Florida found Demings holding a lead of 4 points against Rubio. However, most polls have shown Rubio in the lead and this would be a long shot pickup for the Democrats and a huge blow to Marco Rubio, who has run for president and may do it again. Biden did not carry Florida in 2020. Considering Biden lost Florida in 2020, this would be a long shot. However, Demings has all of the ingredients to win an upset against a stagnating politician like Rubio. You can donate to Val Demings using the link: Donate to Val Demings — ActBlue.

Political elections and political fundraising are strange things. Your single vote or contribution will not swing an election, but if you are part of a wave, you will prevail. I donated to Democrats Raphael Warnock and John Ossoff when they were running for Georgia US Senate seats in 2000. I was part of the wave that carried both to victories. That made the difference in flipping control of the Senate to Democrats. Because of this, in the last 18 months, we have a progressive black woman on the Supreme Court, numerous progressive new judges in the lower courts, and three pieces of progressive legislation, including the Inflation Reduction Act. The IRA makes the biggest contribution to green energy and CO2 reduction of anything that has ever made its way through Congress.

If enough CleanTechnica readers and others join the next wave with a donation of $5, $10, $15, $25, or more (whatever your budget allows) towards these Democrats, it could make the difference in maintaining Democratic control of the Senate and furthering climate-friendly policies at the federal level and beyond. Wins by Mandela Barnes and John Fetterman would flip two seats from Republican to Democrat. If the three other featured Democrats prevail as well, it could be a pickup of two seats for Democrats in the coming term.

If this happens, President Biden’s lower court and possible Supreme Court judgeship nominations will continue to be approved, and if Democrats retain control of the House, we may get even stronger government assistance to our move to clean energy in the next two years.

Only carrots were kept in the green energy policies of the recently passed Inflation Reduction Act. We also need the sticks! The sticks we need are CO2 regulation, like Norway and the rest of Europe have done. Joe Manchin removed these from the bill.

If you are part of the wave, your donations in these races will make the difference.

Please add your suggestions in the comments section.

Appreciate CleanTechnica’s originality and cleantech news coverage? Consider becoming a CleanTechnica Member, Supporter, Technician, or Ambassador — or a patron on Patreon. Don't want to miss a cleantech story? Sign up for daily news updates from CleanTechnica on email. Or follow us on Google News! Have a tip for CleanTechnica, want to advertise, or want to suggest a guest for our CleanTech Talk podcast? Contact us here.
In this article:Democrats, us politics 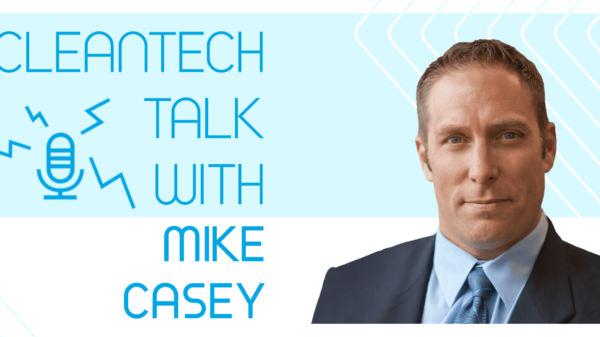