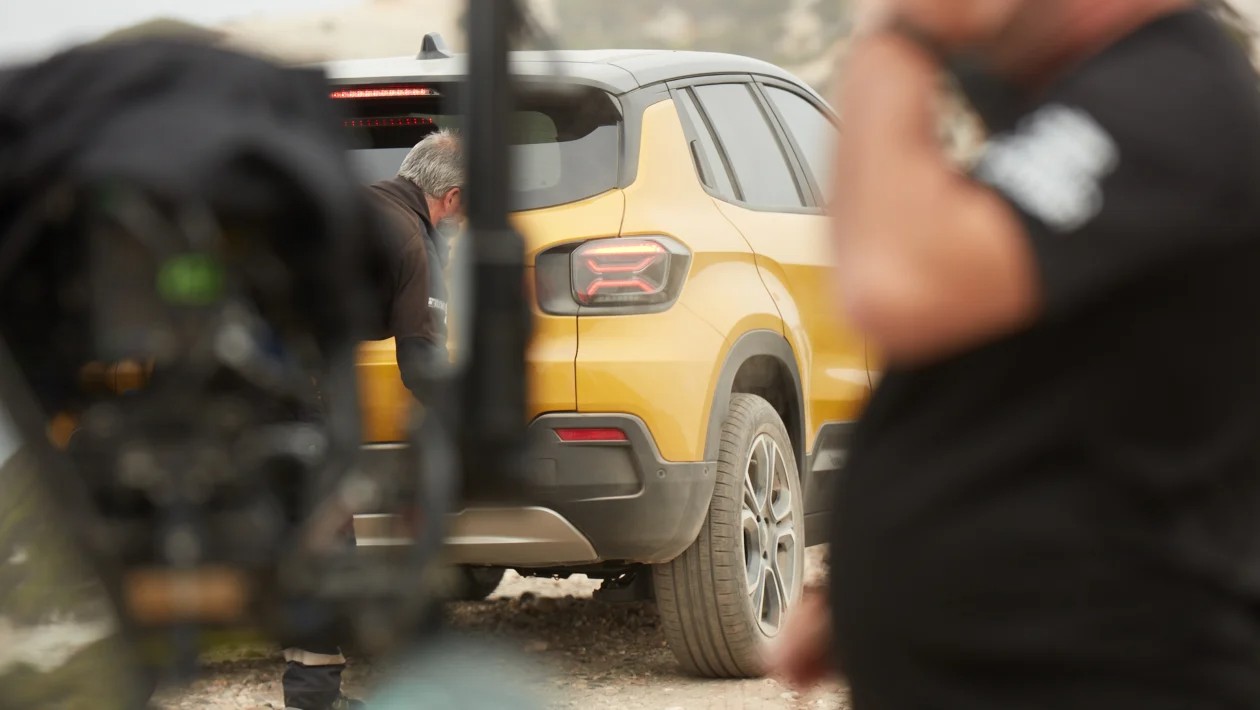 We got a first look at the “Baby Jeep” during the CES show back in January – but that, presumably, was just “concept art.” Now that we’ve seen these pictures, though, we know that that photo was a real sneak-peek at the new 2023 model. As I already mentioned, the details haven’t exactly been pouring in. All we really know is that it will probably cost a few grand more than the Jeep Compass model, and that it’s not scheduled to be officially revealed until October. Despite that, a keen-eyed photographer was able to snap a few “paparazzi-style” photos during an advertising shoot in Portugal, which you can check out here, at AutoExpress.

Mopar fans over at Allpar are speculating that the new Jeep will use the PSA Group’s e-CMP platform that’s used in a few DS models, as well as in cars from the Chinese brand, Dongfeng.

“Electrification will amplify Jeep’s core attributes,” said Carlos Tavares, the controversial CEO of Jeep’s parent company, Stellantis, when he shared his vision for the brand’s all-electric future. “This new model will launch during the first half of next year and is the first of a comprehensive fully-electric Jeep line-up that will cover every SUV segment by 2025.”

2025 marks the 80th anniversary of Jeep, and the brand is expected to kick off the celebrations in style – especially after the brand’s CEO, Christian Meunier, announced that there would be, “a fully emissions-free Jeep in every segment by 2025.”

What do you guys think – is Jeep taking the wraps off the brand’s first fully electric offering ahead of the 2025 model year? What will that do for the lifted Wrangler/No Fear window sticker market? Check out all the spy pictures over at AutoExpress, then let us know what you think of the little electric Jeep off-roader in the comments.

Appreciate CleanTechnica’s originality and cleantech news coverage? Consider becoming a CleanTechnica Member, Supporter, Technician, or Ambassador — or a patron on Patreon. Don't want to miss a cleantech story? Sign up for daily news updates from CleanTechnica on email. Or follow us on Google News! Have a tip for CleanTechnica, want to advertise, or want to suggest a guest for our CleanTech Talk podcast? Contact us here.
In this article:electric cars, electric jeep, jeep This is what happens when you give Pininfarina a blank slate, and a blank check.