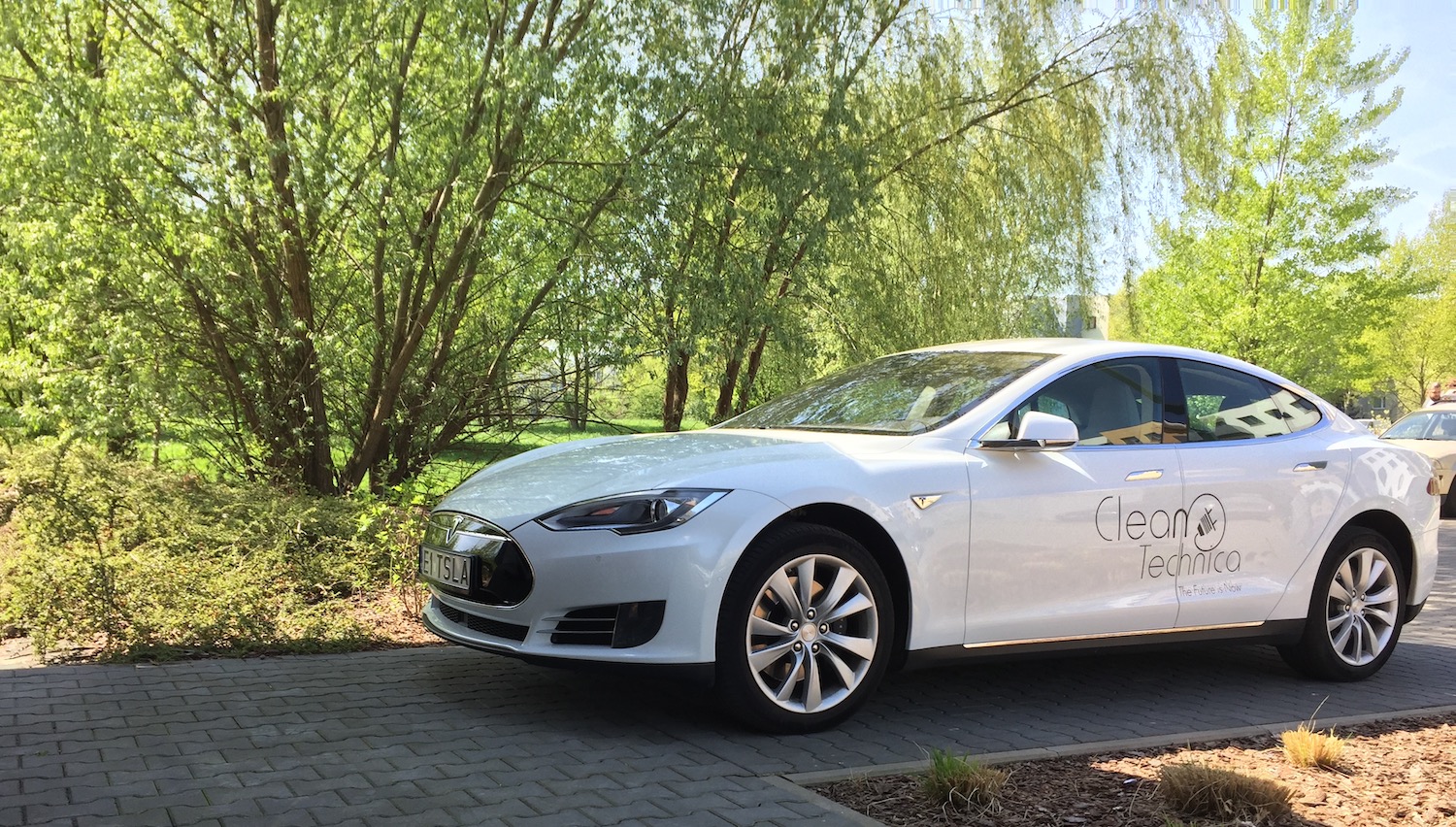 A little over 10 years ago, I wrote my first articles about Tesla here on CleanTechnica. In particular, I wrote about the coming Tesla Model S, and then the beginning of Model S deliveries on June 22, 2012. I thought I’d take the opportunity of this momentous birthday to take a look at what has changed in those 10 years.

First of all, though, let’s go a little further back. While my first Tesla articles were about the Model S already being sold out in November 2011 and Model S prices coming out in December 2011, other CleanTechnica writers covered Tesla’s early collaboration with Toyota in May 2010 and July 2010 — Tesla provided the guts for the well loved Toyota RAV4 EV. (Ironically, more than a decade later, we still lack a truly homegrown RAV4 EV.) Additionally, in October 2011, Charis Michelsen wrote about the ingenious idea of packing the Model S with small, mass-market Panasonic batteries. There are a few concepts here worth revisiting.

First of all, there has always been tremendous interest in fun, exciting, innovative Tesla vehicles. There have also been critics all along that way claiming the opposite — that there wasn’t enough consumer demand for electric cars and Tesla would go bankrupt as a result. It’s interesting to just reflect on that fact and all the claims we’ve seen along the way while recognizing how much Tesla production and sales have grown in that time.

Secondly, there’s no doubt that Tesla could have simply become an under-the-hood electric powertrain producer that supplied legacy OEMs. In theory, that could have been a decent business. Naturally, it wouldn’t have led to anything close to the scale and influence Tesla reached 5 years ago, let alone today. Also, it would not have aligned with Tesla’s core mission — accelerating the transition to electric transport and sustainable energy as much as possible. It might have accelerated the transition somewhat, making it easier and cheaper for legacy automakers to include hybrid and fully electric options, but it would not have put pressure on automakers, regulators, or politicians to get truly serious about massively competitive, compelling, popular electric vehicles. The CEOs of legacy OEMs who didn’t want to accelerate the transition — who wanted to slow down the transition — would have remained in the driver’s seat. And that would have been a disaster.

Ironically, it was the basically cynical “compliance EV” approach of Toyota and Daimler that helped Tesla to survive and grow at that young age. For some fun and a throwback to a different EV era, see my 2019 article “50 Ways To Slow The Electric Vehicle Revolution — A Complete Idiot’s Guide,” which is an update to my 2016 article “22 Ways To Delay The Electric Car Revolution.” One of the biggest things that has changed in the 10 years since the Model S came out is that legacy automakers have gone from coming up with all kinds of reasons why EVs are not the future (and seeding so much concern about them among consumers) to now actually trying to produce the best electric cars on the market. I don’t think there’s an automaker today that doesn’t realize the future of the auto industry is electric. Heck, 21% of new vehicle sales in Europe and 31% in China are now sales of plugin vehicles, and full electrics have been quickly increasing their share of those pies. In short, we’ve gone from almost no automakers wanting to build electric vehicles to everyone wanting to lead in electric vehicles. (Naturally, you aren’t the leader if you haven’t led.)

The Model S is still one of the premier electric cars on the market, if not the premier EV technologically (at least there’s a lot more debate about this now). Also, it’s still packed with thousands of little batteries. Also, incidentally, the first Model S to cross 1 million miles just recently achieved that milestone. The batteries have reportedly held up phenomenally. However, the owner has gone through 7 electric motors and is on his 8th. Perhaps the most disappointing thing about that is the first motor lasted the longest by far (778,000 kilometers), whereas the following 6 lasted only about 200,000 kilometers (~124,000 miles) each and Tesla has indicated they don’t seem to have any solution to lengthen the motor’s lifespan.

Right off the bat, in 2012, there was a lesson many would have been wise to learn about then — it’s often not a great idea to bet against Elon Musk. Musk won a $1 million bet with auto journalist Dan Neil when the Model S came to market because Neil had been convinced “the Model S could [not] be built, within the technical specifications Mr. Musk laid out, before the end of 2012.” And it wasn’t even close. The Model S arrived in June! (Musk donated $1 million to charity despite winning the bet.) Thinking of the billions upon billions upon billions of dollars that have gone into shorting Tesla stock [NASDAQ:TSLA] over the years, the early Model S bet seems particularly relevant. (That’s not to say Musk doesn’t get anything wrong — there’s a significant list of predictions Musk has been wrong on as well. However, when it comes to betting against Tesla vehicles, Tesla engineering, and Tesla business success, I can’t say I’d ever advise that.)

Just in terms of Tesla itself, the biggest changes in the past decade have been the fact that Tesla achieved its dream of producing a low(ish)-cost, mass-market electric car (the Tesla Model 3) and even a more-mass-market electric crossover/SUV (the Tesla Model Y). Honorable mentions would be Tesla Full Self Driving (but we’ll wait for that to really hit its robotaxi-level target), the introduction of the Tesla Semi and Tesla Cybertruck (though, again, we need to wait for their market arrival), and the massive scale and rapid growth of its factories and battery production (though, really, those are just the other side of the coin from the Model 3 and Model Y).

Across the industry, aside from the shift toward electric powertrains, there’s also been a mandatory shift to make cars more connected, good over-the-air updates being the pinnacle of that; there’s great improvement in infotainment systems, which Tesla still leads in (unless you count a couple of Chinese automakers that are at more or less the same level — some say better, some not); and there’s a race toward full autonomous driving that is heating up. I’m sure there are plenty of other things that people can note, but these are the changes that stand out to me from the past decade. The final point I’d put extra emphasis on is transportation emissions policy across the world. In Europe and China, and more locations gradually, policymakers have required that automakers get serious about reducing emissions. There were concerted pushes from the largest automakers in the world for several years to pressure policymakers into weakening these policies rather than strengthening them. Tesla made it clear that electric cars could be extremely competitive, exciting, mass market. Any policymakers who weren’t sure whether to accept the excuses of legacy automakers for why they couldn’t transition quickly to electric cars and why consumers didn’t want them had those concerns exploded by the popularity of Tesla and especially its high-volume Tesla Model 3. The company and its breakthrough product gave policymakers across the world the conviction that the auto industry could indeed do more. That all started with the great design, engineering, production, and popularity of the Tesla Model S ten years ago. There are surely more creatively wrapped Teslas on the road than hydrogen fuel cell cars. Photo by Zach Shahan, CleanTechnica.

Oh yeah, and how about them hydrogen fuel cell cars?

Appreciate CleanTechnica’s originality and cleantech news coverage? Consider becoming a CleanTechnica Member, Supporter, Technician, or Ambassador — or a patron on Patreon. Don't want to miss a cleantech story? Sign up for daily news updates from CleanTechnica on email. Or follow us on Google News! Have a tip for CleanTechnica, want to advertise, or want to suggest a guest for our CleanTech Talk podcast? Contact us here.
In this article:Elon Musk, Tesla, Tesla Model 3, Tesla Model S, Tesla Model X, Tesla Model Y