Sigh. Nowadays there’s always chance for breaking bad news to overshadow any substantive in-depth story. The story below is mostly good news, so I hope it is well received right now. This is a long post, but hopefully engaging and encouraging. Feel free to bookmark for later and read by parts. This is the latest into the new year that I’ve posted the top 10. It’s been a very crazy January–April for me. I’ve also done more research than ever to put this together. Here’s a link to the 2020 list (from there you can get to older ones).

What a wall-buster year it’s been for EVs!

We should have gotten to this point in global EV progress earlier, and saving the climate needs us to move even faster. But at least we’re finally moving at something resembling the required pace.

Okay, go on if you dare…

This year’s Top 10 include all 5 Scandinavian nations, which also happen to be 2021’s top 5 countries for EV sales market share. The Norwegian Spirit has now diffused to the entire region! Finland and Denmark both nearly doubled their EV share last year, reaching 29.5% and 27% EV sales share respectively. They both also dramatically increased new electric bus deployment to ~200 each, representing 50% and 34% shares of that segment. Even though they haven’t contributed to EV or battery production yet, in current terms this is Top-10 worthy performance. Finland grabbed some headlines and internet-troll traffic in late 2021, with a proposal to balance EV’s lopsided gender composition by offering women incentives to buy them. Not sure where that idea went from there.

Netherlands, OTOH, is a Top 10 veteran and also one of the most volatile. Its government keeps wildly experimenting with incentive policies, jolting the market hither and thither. In 2021 a subsidy drop made Netherlands the slowest-rising Western European market, improving only 16% (from 22% to 25.4%). However, Netherlands has a solid EV culture with one of the most advanced quick-charging networks. It continues to lead the continent in EV bus share (55% last year) and also has one of Europe’s leading electric bus makers, VDL, which despite a flat year still contributed its bit.

Tesla carried the US back into the top 10, with a (very) little help from (not) friends. (hint: note anyone missing from the table above?)

Last year, the Trump-induced flatlining of America’s EV action for anything not named Tesla tossed the US way off the top 10, for a shameful first time ever. What a difference a year makes! Signs of life shown by the Detroit 3, mostly the Mustang Mach-E thus far, and renewed consumer interest nearly doubled plug-in sales to just over 600,000 and a 4.1% market share, which is respectable … for 2019 maybe. The US has by far the lowest EV share in the top 10; you have to go all the way down to #20 Poland to find a lower share.

Tesla is the only reason the US is anywhere near the top 10. Shitty Elon Musk aside, Tesla had another year for the history books. Its massive footprint as the world’s #1 EV maker gives the US global 2nd place in production points earned. The Model 3 continued to rule the global sales chart for a record 4th straight year, and even crossed half-million sales in 2021, with much of that coming from the new Shanghai factory. And the Model Y, which only debuted in 2020, crossed 400,000 sales in 2021, grabbing a global EV gold–bronze duo for Tesla.

The US scene could have been even a bit better last year if not for those disheartening Bolt battery recalls. Stuff happens with a new technology, but the fact it took more than a half-year for GM to reopen the Bolt production lines suggests that they still see EVs as a very lower-tier priority. Could you imagine the Silverado line closed for anywhere near that duration over a recall? Overall, last year, EVs were maybe, maybe barely 1% of the Big 3’s production output.

No, until further notice, the US Big 3 will continue to have to be dragged into EVs kicking, screaming, whining, snoozing, and saying really stupid things all at once. And likewise for their dealers, for most of the US media, and for the ~30% of Americans who think EVs are some Librul Lizard People plot that their Supreme Court majority ought to strike down somehow.

Still, it’s good to be back in the running, and with a competent federal stewardship that’s pouring resources into EV infrastructure.

My scores try to balance between absolute and relative scales of progress and avoid giving any country an “easy win” thanks to, say, super-small population — but, really, when the global average EV sales share is still single-digit and you’re improving from 47% to 65%, it’s hard to justify keeping you off the top 10.

Iceland’s 2021 wild card was light-commercial (think: delivery van) EV market share, which jumped from 8% to 21% — world’s highest unless I’m mistaken — and all of them BEVs.

This year the image theme is urban/industrial, not these somewhat creepy pics of cars invading an awesome natural scenery.

The fact Germany slid 1.5 places down despite having a very decent 2021 demonstrates what a dizzying EV year it was (and it continues into 2022, touch wood).

Domestic EV sales share — guess what? — right, kids, nearly doubled —  to 24%, keeping Germany for another year ahead of the US in EV sales total (690,000 to 608,000). Germany also managed to grab Europe’s light-commercial volume lead from France, with >16,000 deployments in that segment.

Volkswagen Group continued its increasingly earnest Make Amends for Dieselgate process, putting >750,000 EVs on global roads last year, good for world #2 and nearly doubling 2020. The ID.4 SUV pictured above became the first German EV to cross 100,000 sales in a year, breaking the Renault Zoe’s European EV sales record set in 2020. It also attained VW’s highest annual global sales position at #4. It’s produced in Germany, China, and soon also the US. As to this year, despite war- and Covid-related disruption to both factories, VW still scored a record 2022 opening quarter on BEVs, almost reaching 100,000 (Q1 is traditionally the weakest in the EV calendar).

Unfortunately, the other two German makers — BMW and Daimler-Mercedes-Benz — are holding Germany back now. While putting out decent numbers on paper, most of these are fairly minimal-range PHEVs, just enough to avoid being stung by EU policies. They also haven’t ramped up at the same pace as the leading packs. According to Jose’s EV Volumes (login-walled, you can sign up for free), the two had the slowest 2021 growth rate among the top 20 EV makers, except for the struggling Renault-Nissan-Mitsubishi Alliance.

Germany may have also beat France for another segment’s continental volume title: new electric buses, reaching 550–600 in 2021, good for ~10% share of its domestic bus market. And Mercedes and MAN finally showed some production results in that segment — although, still not enough to reach even 500 combined. But, overall, Germany is getting into full EV gear and will hopefully keep up and even accelerate the pace in 2022. 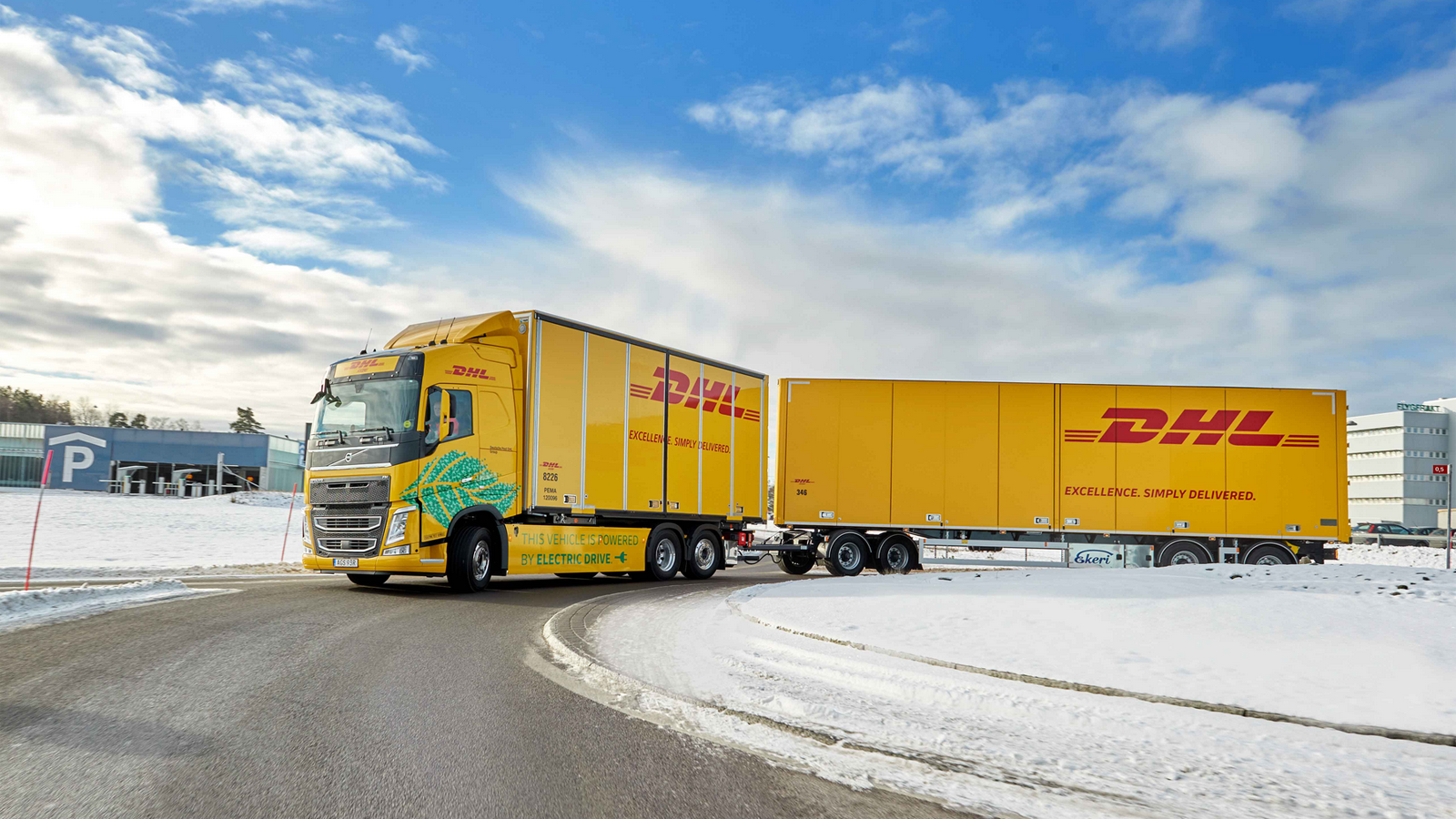 Perennial top 10 dweller and regional runner-up to Norway, Sweden did its part in 2021. EV share rose from 30% to 42% and continued the transition from PHEV-dominated to more balanced. Volvo Cars, as part of Chinese conglomerate owner Geely, continued rising, and while still PHEV-dominated, it is starting to mix it up with BEVs. Geely–Volvo even made the global top 5 in December.

Volvo Bus (the bus-truck division is separate and still Swedish-owned) had a flat EV year, but Volvo Trucks had a breakout 2021, deploying ~150 heavy-duty BEV trucks, firmly in the continent’s top spot for this climate-critical and still-behind segment.

But if last year’s bronze winner is already spoken for, who managed to hop-skip past Sweden?!

Part 2 of this two-part report is now published here.