Lisbon is a pretty hip city and one that seems to be somewhat under appreciated, compared with other European capitals. It’s a well-kept secret, with a fascinating, rich history, and it’s cheaper and a little less crowded than its friends in Spain, France, or Italy, though just as charming, if not more so. I was lucky enough to stay there last fall for a couple weeks, flexing my digital nomad power.

One thing on my list from the moment I set foot on the smooth, white cobblestone streets, polished by the many feet of history, was to rent a bike and see the city on two wheels (one of my very favorite things to do in a new place).

Lisbon has several bike rental shops, as well as the now-commonly-seen bike share stations with rows of shiny e-bikes lined up for users to pop off the charging docks on a whim for a quick spin. Or, if you’re a Lisbon resident just trying to get errands done, you may take one of these clunky-but-useful e-bikes to get from one neighborhood to another. They are also used for “last mile transport,” which is great for cities like Lisbon with excellent public transit (seriously, A+ on the public transit, Lisbon).

I stayed in Principe Real, a lovely area: pristine, well-maintained, even a little bougie, though notably on an incline, as it’s a ways uphill from the more touristy Bairro Alto and Chiado neighborhoods, closer to the waterfront. My big plan was to check out an e-bike (the main bikeshare company in the area is Gira), hop on that sucker, and speed down to the waterfront in e-glory, heading west towards a cool commercial area called the LX Factory, boasting art galleries, charming restaurants, and boutiques. I downloaded the Gira app and could see there were Gira docking stations both in Principe Real and near the LX Factory. Easy peasy.

Gira offered a “Turista Pass” for folks just like me, along with their monthly and annual passes. The pass was cheap — only €2 to get started, free for the first 45 minutes, and €2 for any subsequent 45-minute periods. I arrived at the Gira station and began the process of checking out an e-bike. I logged into the station’s wifi (thoughtful, Gira!), looked over the identical e-bikes, and followed the easy, in-English instructions to unlock the bike. Wanting to look like I knew what I was doing in front of the not-tourist who was checking out a bike to my right, I quickly hopped on the bike and rolled away, without really inspecting its functionality, figuring I could sort that out as I went along.

I consider myself a pretty confident cyclist, as someone who regularly rides through the streets of San Francisco and who has ridden bikes in countries all over the world. I figured an e-bike ride would be a tasty treat compared to pedaling my steel city bike up the hills of SF on the regular. Not to mention, I saw many shorts-clad tourists in Lisbon rolling their way around the city on e-bikes, looking downright gleeful, so why couldn’t I have this joy, too?

Word to the wise: research your route thoroughly before e-biking in Lisbon. It is not a flat city. I had briefly looked over the route I wanted to take, knowing the general direction I needed to go, so I figured I would wind through the narrow streets until I reached the waterfront. It’s the journey, not the destination, right?

Navigating some minor inclines, the Gira e-bike was a smooth, stable ride and the system was powerful enough to keep me from breaking a sweat as I pedaled along easily. Not long into my ride, I made a turn down what looked on the map like it would be a direct shot to the waterfront. I discovered that this street would indeed lead me there, but not without a fight. Lisbon’s famous funicular elevator was installed on this street, meaning it was so steep even the tram needed help getting up the hill. No problem. I’ve pushed my bike up long, steep hills before. I live in San Francisco! What I hadn’t thought of was how heavy e-bikes can be compared to my minimalist street bike at home. Once I pushed the beastly bike to the top of this immense hill, covered in sweat, as a tram full of tourists looked on, I was greeted with a flight of stairs, up which I had to carry the bike. Not my best traveler moment, especially one who cycles and should know better. But hey, my traveling proficiency post-COVID is rusty.

I arrived at the top of the stairs, my chest heaving, trying to look like carrying an electric bike up stairs is just what I like to do sometimes. I quickly mounted the bike again and began a steep descent through even narrower streets. With this sharp decline, I was abruptly and aggressively made aware of how badly the brakes on this machine needed attention. They were screeching at such a volume that everyone in the vicinity turned around to see what was making that wretched noise, only to see me and my e-bike bouncing down the hill over the cobblestones. Once again, I directed my gaze forward with confidence, grateful for my sunglasses hiding the embarrassment in my eyes. Finally, I made it to the waterfront, the sun sparkling on the Tagus River. As the Gira app informed me, there was another e-bike station nearby, so I was able to swap the noisy e-beast out for one with properly maintained brakes, grateful for the bike share system in that moment. The road west to the LX Factory was flat, smooth, an actual bike path no less, and I was reminded why I rent bikes in other countries: the wind in my hair, the river glistening beside me, the effortless pedal of the e-bike. The joy of seeing a city on two wheels. This particular ride was bumpy (and hilly and sweaty), but definitely worth it.

After reading this tale of international e-biking, if you’re thinking of purchasing an e-bike stateside, check out CleanTechnica’s ultimate e-bike guide.

Appreciate CleanTechnica’s originality and cleantech news coverage? Consider becoming a CleanTechnica Member, Supporter, Technician, or Ambassador — or a patron on Patreon. Don't want to miss a cleantech story? Sign up for daily news updates from CleanTechnica on email. Or follow us on Google News! Have a tip for CleanTechnica, want to advertise, or want to suggest a guest for our CleanTech Talk podcast? Contact us here.
In this article:Lisbon, Micromobility, portugal 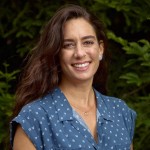