In front of my Tesla Model 3 Long Range.

This “Tesla Cost of Ownership” article is a companion piece to CleanTechnica Chief Editor Zach Shahan’s recent article about his maintenance costs on two years with his Tesla Model 3 Standard Range+. Zach and I are compadres because we bought our Model 3s at about the same time in 2019 and both sprang $6,000 for Full Self Driving (FSD). Zach managed to get a safety score of 100 and was among the first ~1000 to be able to download the “feature complete” self-driving on city streets beta software. My score is 98 and I calculate that I will have it at 99 in the next few days, so I hope to be among the second group. But the focus of this article is maintenance costs — we’ll have to compare notes on FSD Beta later on.

I just passed my car’s two-year anniversary of October 22, 2019. I have to look on my display screen to find my odometer reading of 51,768 miles cleverly hidden under the software heading. I will let you know here what it cost me in money and inconvenience to own my car for two years and about 50,000 miles. (For comparison, recall that Zach had not quite 17,000 miles on his car at his two-year anniversary.)

I only had one significant service item over that period. The left front suspension joint started squeaking and it had to be replaced at the Salt Lake City service center at no cost. The most significant maintenance cost I had was $577.93 for a set of four Eagle Touring 50,000 mile rated All Season Tires from Country Tires in Rhinelander, Wisconsin. This was a steal compared to the $1,671.64 Zach had to pay to have Tesla replace his original equipment tires. I don’t know if his perform better or are quieter, but I am quite sure mine are more durable. Similarly, I needed new tires when my original Michelins were worn out already at ~20,000 miles — something about a very heavy vehicle. The low-cost tires are maybe a little noisier, but they seem to be fine otherwise. The original Michelins have a one-inch thick foam strip glued into them for sound deadening, but I doubt it helps. More important is the thickness of the tread. I was able to get 30,000 miles out of the Eagle Touring tires.

I have also had issues with alignment, as I don’t seem to be able to avoid running over curbs from time to time. I went with a low-cost alignment with a collision center in Rhinelander when I replaced the tires. However, I had to have it redone by Tesla Service in Salt Lake City for $240.25 when I observed uneven wear on my new tires. That alignment allowed me to get 30,000 miles out of the tires and should definitely be considered a must to reduce your total Tesla cost of ownership. But when I bought new tires just now, before making the long trek from Wisconsin back to Utah, I was informed that the inside tread had worn down to the steel wire. Wow! Just in time! The outsides of the tires looked fine and I had convinced myself the alignment was good. However, I didn’t check the tread on the inside. I have scheduled another alignment when I get back to Utah in a couple of weeks. On many gas cars with front wheel drive, the front tires wear out first because they are tasked with both powering and steering the car, but on rear wheel drive cars like my Model 3, the back tires had the most wear, perhaps from a few too many extreme launches to show off the car on demo rides. That meant that I only rotated the tires twice, since the tires with the most tread wear were on the back and rotating again would have served no purpose.

When the front suspension started squeaking, my wife and I were living in St. George, Utah, so Tesla sent a mobile repairman to check it out. He told me it would require a visit to a service center for joint replacement. While he was there, I asked him to replace the cabin air filters. I watched him do it so that I could possibly replace them myself next time. No! Don’t try to do this yourself. Unless you are very mechanically inclined, have exactly the right tools, have a good YouTube instruction video, and have a couple of hours on hand, don’t do it. If I recall correctly, my filter cost the same as Zach’s, $50.25, and the mobile repairman did the labor on a complimentary basis, so it wasn’t a big addition to my Tesla cost of ownership.

I had a few other visits to the service center for minor items. I went once when I though the rear door latches didn’t work properly, but actually they just work differently than the ones on the front doors. The other time, there was a small piece of molding between the two right doors that had come loose that needed repair (no charge). 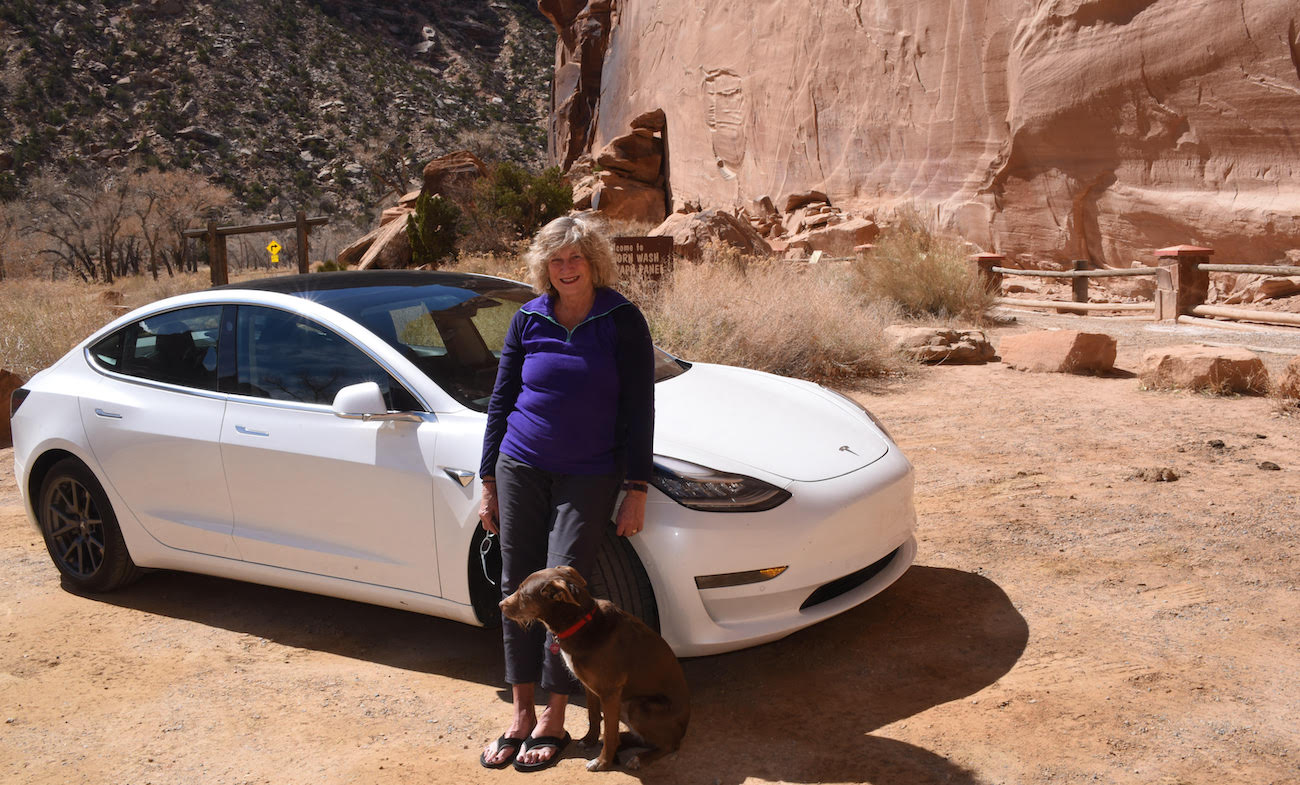 I just bought a set of low-cost Kenda Vezda Touring 65,000 mile all-season tires for $565.44. This is not exactly a household name, so we will see how they work out. I have scheduled another wheel alignment with the Tesla Service Center in Salt Lake City. I will assign the cost of the new tires and the alignment to my next 50,000 miles. The car has just gone out of warranty, so most of my next repairs will be on me. However, the drivetrain and battery are warrantied until 80,000 miles. I would like to share the heartwarming story of what Bonnie Norman, an early Tesla Roadster, is doing. Bonnie has a huge heart for...

From casting toy cars to casting Teslas -- the story of Liu Siong Song.