When one thinks of electric vehicles, the first name that comes to mind for most folks is Tesla. The innovative tech company has truly transformed from a small and inspiring startup formed in 2003 to a global force in the future of automotive technology. It was Tesla that forever changed the image of electric vehicles from being ugly, slow, and limited to being sexy, fast, and cool. Much of this can be attributed to the company’s cutting-edge battery technology — along with introducing very convenient consumer features such as over-the-air (OTA) software updates and a dedicated global superfast charging network (aka Superchargers). The cutting-edge tech leadership continues to put Tesla ahead of the competition. As the world is currently witnessing a key battery tipping point and acceleration into the age of electromobility, some have wondered: will the Big Three be left behind, or can they rise to the occasion?

Fortunately, Ford has risen to the occasion with the Mustang Mach-E. The venerable automaker decided to use its most legendary brand name to be the launchpad for its foray into battery-powered vehicles — so, it’s making clear that it’s willing to stake its future (and over $12 billion of capital) on bringing Detroit into the electric era.

In fact, the first thing one notices about the Mach-E is that it literally looks like the famous coupe but in a sport utility vehicle (SUV) format. One will immediately notice that the Mach-E features the same wide body, low roofline, leaf-shaped headlights, and (of course) the widely-known tri-bar tail lights that has endeared Americans of all stripes to the Mustang for generations. The only difference between the two is that the famous grille is filled in, but it still has the famous pony on it. The continuity exists into the interior of the vehicle as well, where one again expects it to be like a Mustang has been — smooth, minimalist, and screaming luxury married with performance. One is greeted with two screens, with one located above the steering wheel and the other in the center. The vertically mounted 15.5-inch center touchscreen is truly the attention grabber, as one would expect from a Tesla. However, Ford decided to make its distinct mark on the screen by including a volume selector knob in the lower middle section, as it was aware that its customers may favor some physical controls rather than a fully digital experience.

The screen’s menu and apps are very intuitive and easy to use, and its integrated Apple CarPlay and Android Auto are a welcome change from some of the confusion that a novice electric vehicle (EV) user might have with a Tesla.

The one change that I did not favor from Blue Oval was the rotary gear shifter, which may look cool, but is not as helpful as the traditional gear stalk found in most cars. Nonetheless, the cabin is very comfortable and has ample space (but some limited headroom), sport-style seating, decent front and rear trunk space, and a panoramic fixed glass sunroof that is optimal for any trip. I love that the Mach-E has a great interior and exterior, but the Mustang’s most famous asset has always been its powertrain, and once again, the vehicle does not disappoint at all. Due to the instant and steady torque associated with electric powertrains, the Mustang flies rather than gallops from the moment one puts their foot on the accelerator. The 75.7 kilowatt-hour battery powers a motor that produces 266 horsepower and 317 pound-feet of torque, which helps the 4,900-pound behemoth to sprint from zero to 60 miles per hour in 5.8 seconds. And note that this for the base standard range model. Its most top-line trim includes a 98.8 kilowatt-hour battery that powers a motor producing 480 horsepower and 634 pound-feet of torque, which can get the Mach-E to 60 miles per hour within 3.5 seconds. That’s supercar speed, ladies and gentlemen. Additionally, the battery pack provides at least 211 miles (but up to 305 miles) of driving on a single charge, so it gives one the convenience of great performance without range anxiety. In fact, one can charge the vehicle in 8 to 10 hours overnight using a Level 2 charger or from 0 to 80 percent in just 38 minutes with a rapid charger at Electrify America’s nationwide charging network (Ford provides an owner’s first few Electrify America sessions free of charge). In either case, it’s great to know that one can drive green while saving green as well. In all, it’s the perfect time to embrace the future and own an electric vehicle. Tesla has proven the benefit of doing so, and now Dearborn is showing that as well. Let the fun begin!

Photo credits and shoutout to Will Jones at Sheehy Ford in Gaithersburg, Maryland, for his exceptional customer service. 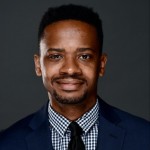