Black market poachers and illegal tourist trophy hunters have pushed animals like the black rhino and African elephant to the brink of extinction, with sources like the World Economic Forum claiming that nearly 35,000 of these large animals are killed every year. Patrolling large swaths of the African savanna to protect these animals has proven especially challenging, but a new electric motorcycle from Cake may just be able to help.

It’s called the Kalk AP (for “Anti Poaching”), and the literal box it ships in explains its design perfectly with just three words: electric bush bike. 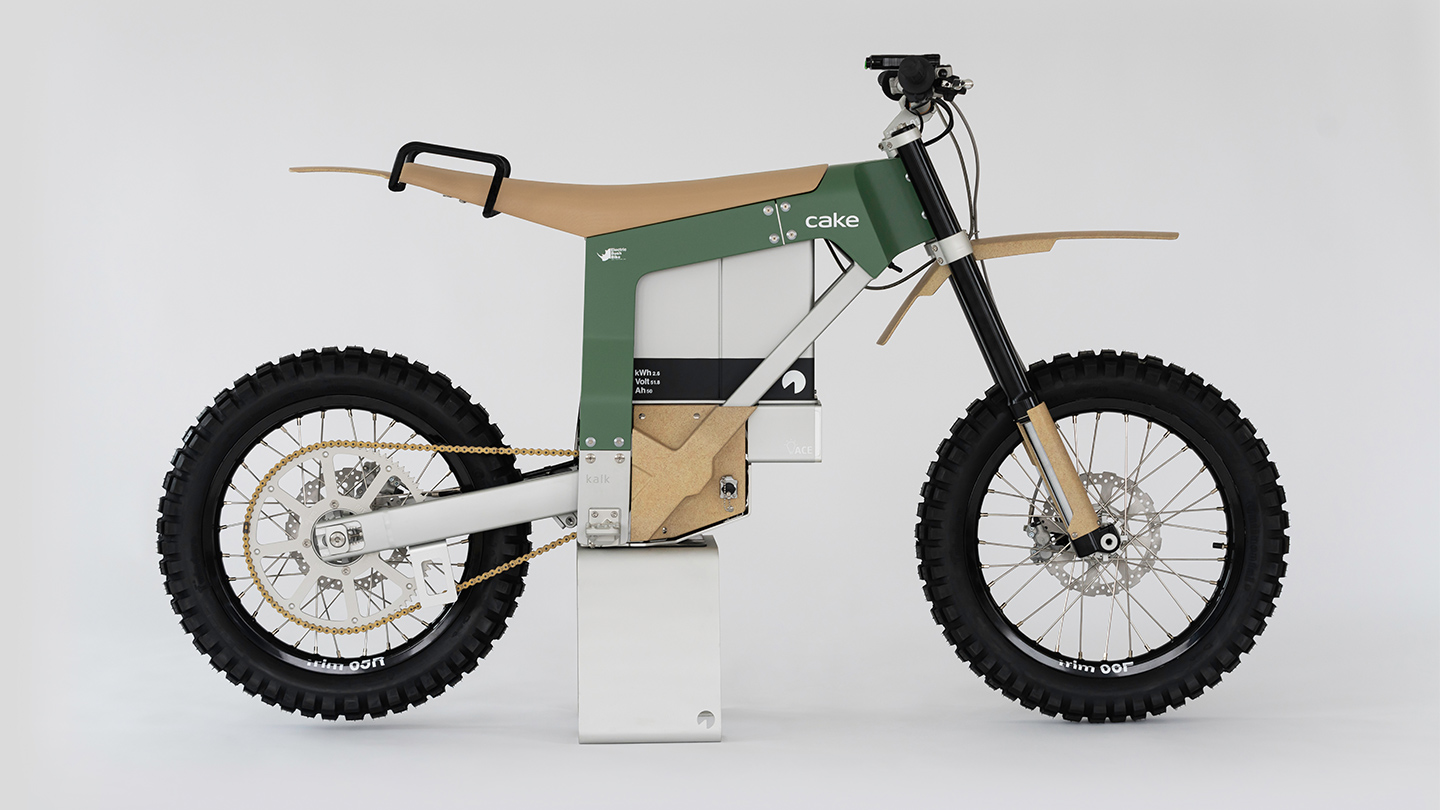 Based on the original Cake Kalk high-performance electric motorcycle, the Kalk AP is a joint project developed by real anti-poaching rangers, the Southern African Wildlife College, and the award-winning CAKE product team specifically for anti-poaching purposes. Changes to the bike include a quieter, 11 kW electric motor that can deliver up to three hours of nearly silent riding time, a more durable, spring-based front and rear suspension, and bodywork that’s made from a natural fiber-reinforced biocomposite developed by Trifilon. The end result is an ultra-low maintenance machine that is ideally suited to its terrain, but there’s one more trick up the Cake’s sleeves that make it ideally suited to its mission, as well.

That trick? The Cake Kalk AP can be charged from a portable solar generator. That means that, no matter how far off the beaten path or how far away from a petrol station the rangers get, they’ll always be able to charge up and get back home — just, you know, maybe not right away.

The new Kalk AP is currently being offered in a limited run of just 50 bikes, which are being sold as a buy-one-give-one charity bundle that includes a charging station. That basically means that you or I, with our big Western budgets and giving hearts, would be asked to buy 1 bike for ourselves, and give one to the anti-poaching rangers.

Buy one give one model of giving has worked in other markets — most notably with computers and tablets for education, by OLPC — but this is the first time that I’ve ever heard of it being applied to motorcycles. Here’s hoping it works, too, because the ability to sneak up on poachers has been something South African rangers have been sorely lacking, especially when the helicopters they’ve been using to fly in gasoline for their current bikes can be spotted by poachers up to 45 minutes away, giving them plenty of time to escape!

Check out Cake’s official Kalk AP launch video below for more information on the bike and some more background on some of the challenges facing anti-poaching rangers in Africa. Once you’ve done that, we’d love to hear your take on the project — and if you plan on buying one! — in the comments section at the bottom of the page. Enjoy!

Source | Images:  Cake.
Appreciate CleanTechnica’s originality? Consider becoming a CleanTechnica Member, Supporter, Technician, or Ambassador — or a patron on Patreon.
Have a tip for CleanTechnica, want to advertise, or want to suggest a guest for our CleanTech Talk podcast? Contact us here.