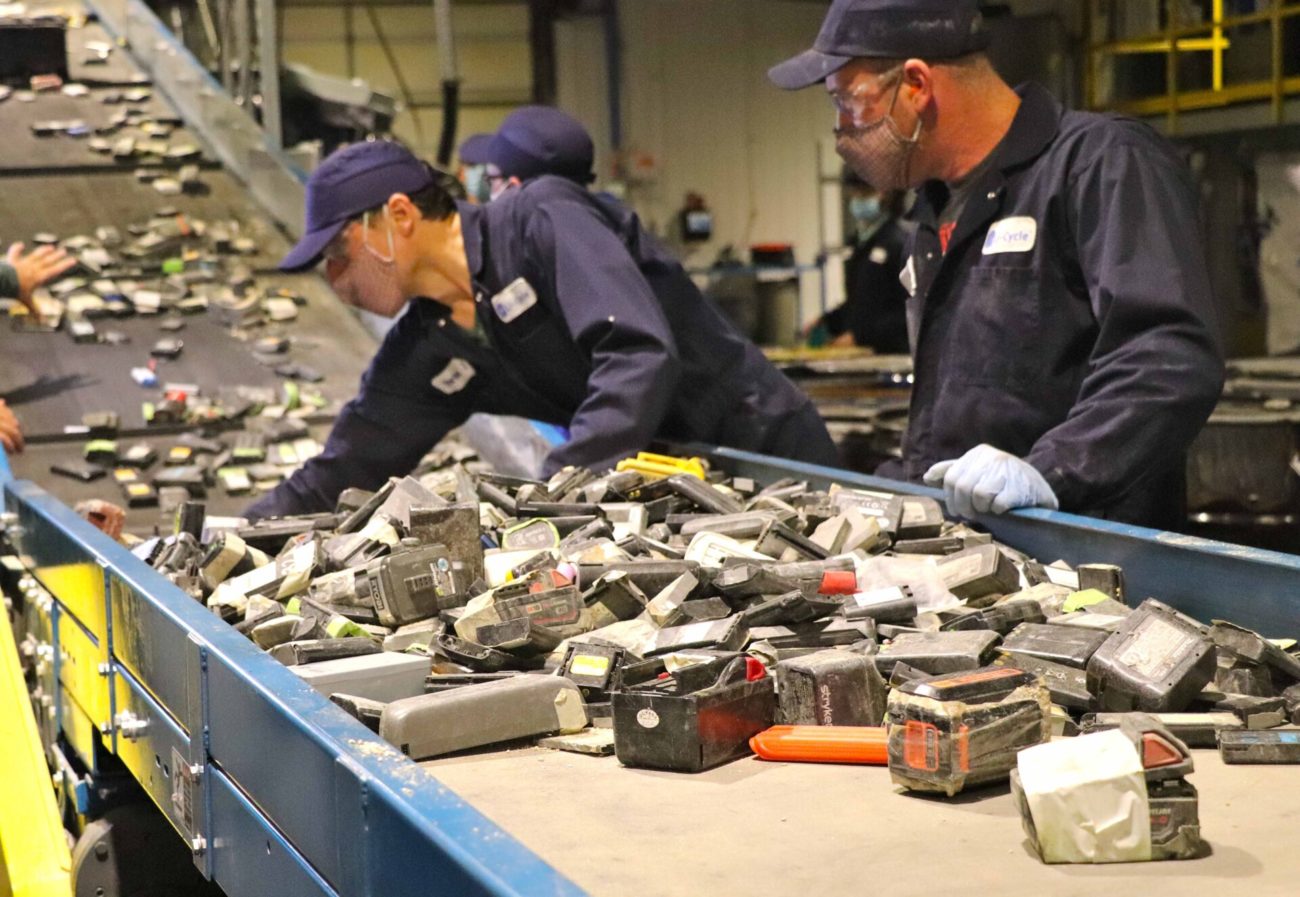 One of the biggest issues EV naysayers and fossil fuel shills bring up is the future of each and every EV. “What are we going to do with all of those batteries?” they ask. The more informed shills know that they’re asking a disingenuous question, but many other people buy into the argument that batteries cannot be recycled and that we’re walking into an environmental disaster with EVs. So, the thinking goes, let’s just keep rolling coal because that’s somehow better.

Now North America’s largest lithium-ion battery recycling company is going public through a deal with a special purpose acquisition company (SPAC). The new company, Li-Cycle Holdings, will be listed on the New York Stock Exchange as LICY. Jokes about bugs aside, this is important because it shows us that battery recycling is not only possible, but that it’s happening on an industrial scale.

“We see a tremendous global market opportunity in front of us driven by the exponential growth of the electric vehicle market. Our ‘future proofed’ technology can recycle any battery chemistry economically, and our closed-loop solution provides the essential raw material building blocks for batteries that are in critical demand,” said Tim Johnston, Co-Founder and Executive Chairman of Li-Cycle. “The partnership with the Peridot team is an exciting and important milestone in Li-Cycle’s journey, further enabling Li-Cycle to achieve our mission and grow in lockstep with our customers — in North America and globally.”

Li-Cycle was founded in Canada in 2016 with a goal to not only recycle batteries, but to also turn a profit doing it. Given the complex nature of lithium battery cells (cathode, anode, separator, case, and more), this isn’t as easy as it might sound. Li-Cycle needed to build an infrastructure to get those batteries into its operation, tear them down safely, and recover the materials for return to battery manufacturers.

Before Li-Cycle, most companies used “thermal operations” to release the valuable materials from the batteries they were built into. According to the company, such processes are dangerous and release toxic gases, making them less than ideal. They also end up with less of the useful lithium and other materials in the end, so it wasn’t as profitable. At the end of the process, the more of the good stuff you can sell again to be used in new batteries, the better.

Li-Cycle says it uses patented “Spoke & Hub” technologies to do this without burning or heating the batteries. The “spokes” are decentralized facilities located close to the source of supply (where recyclable batteries come from). They mechanically process the worn out batteries and then send them to the “hubs” for further processing. Their methods are supposed to come up with 95% of the valuable battery materials, so there’s not a lot of waste involved. Presumably, the unneeded materials, like battery casings and plastic separators, are sent back to other recyclers, reducing the amount of transportation the company needs.

In their press release, the company says, “Li-Cycle’s process does not require high temperatures, no wastewater is produced, and only low level emissions are generated from operations.”

The company locates the “spokes” near suppliers they’ve got long-term agreements with. They have over 40 contracts with various “blue chip” suppliers through 2030, including one company that’s both an investor and a supplier. That company, Traxys, is projected to help Li-Cycle accomplish $300 million in revenue alone. The company’s other commercial battery supply customers include 14 of the largest global automotive and battery manufacturers.

The company is now merging with Peridot Acquisition Corp. and forming a new company that will be listed on the New York Stock Exchange (NYSE). They’ll be listed under LICY, and they want everyone to know that they have a promising future so that more people will invest.

“Li-Cycle is at the forefront of one of the most crucial and under-penetrated markets in clean technology that is growing in lock-step with the electrification of mobility,” said Alan Levande, Chairman and Chief Executive Officer of Peridot, who will join Li-Cycle’s Board of Directors. “As the North American market leader, we believe Li-Cycle is a unique and compelling ESG investment opportunity for investors looking to participate in the global energy transition. We are delighted to partner with Li-Cycle to advance and scale its disruptive technology.”

Before I get into why this is so important, I want to remind readers how important reuse is in batteries before they are even considered for this sort of recycling. You need a lot of energy density (amount of electricity stored per pound/kilo of battery) for applications like electric cars and scooters, as well as the laptops and phones that consumers expect to be light but still have great battery life. When battery cells get to the point where they disappoint drivers and electronics users, the cells are discarded but can still store 30–70% of the energy they did when new.

The key at that point is to use the cells, as they are, in new battery packs for stationary applications. There are a lot of people building their own “DIY Powerwalls” for home energy storage. If you have the spare time, you can buy used battery cells, inspect them, equalize their charges, and put them together into new battery packs. They don’t store as much as the cells would have when new, but you can get them cheaper and store enough energy for your uses. The resulting battery packs are bigger and bulkier than new home energy storage packs, but there’s no need to carry them around, so they do the job for a lot cheaper.

Big companies are doing similar. For example, Nuvation Energy is using degraded Nissan LEAF battery packs for home energy storage packs, allowing the vehicle’s packs to live a whole second life before anyone has to think about recycling them. Some DIYers, like Congressman Thomas Massie, are even using automotive cells to build their own storage systems.

Once a battery cell gets to the end of its second life, it’s time to go to recyclers like Li-Cycle.

When we put all this together, it’s pretty clear that the naysayers and shills have no leg to stand on. Batteries are reused and recycled, so their impact isn’t slow-walking us into disaster. EVs really are not only cleaner, but also better for the economy.

Editor’s note: Basically all studies claiming that electric vehicles are not as green as people assume use the wild assumption that EV batteries and all the components in them will only be used once. So, they put all the emissions associated with mining and processing the battery materials on the scorecard of that one car, assuming no reuse of recycling at the end of that car’s useful lifetime. Such assumptions make no sense in the real world.

Appreciate CleanTechnica’s originality and cleantech news coverage? Consider becoming a CleanTechnica Member, Supporter, Technician, or Ambassador — or a patron on Patreon. Don't want to miss a cleantech story? Sign up for daily news updates from CleanTechnica on email. Or follow us on Google News! Have a tip for CleanTechnica, want to advertise, or want to suggest a guest for our CleanTech Talk podcast? Contact us here.
In this article:battery recycling, ev battery recycling, EV Battery Recycling/Reuse, EV battery reuse, Li-Cycle, LICY, Traxys Volkswagen electric car sales were up strongly year on year in the first half of 2022, despite supply chain issues.