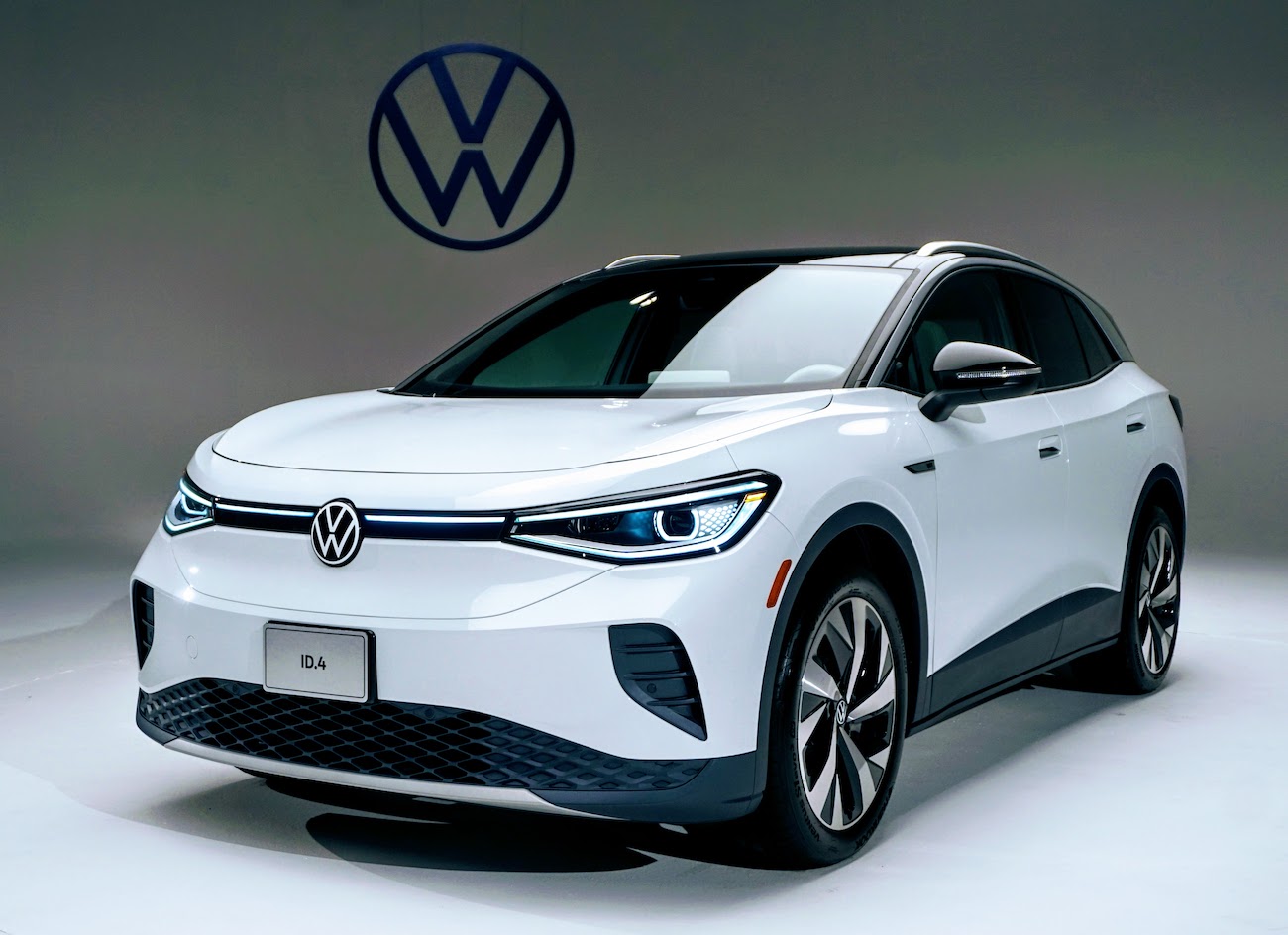 You will be able to find many units of the VW ID.4 on the used car market in a few years. Photo by Kyle Field, CleanTechnica.

It’s not easy running a major international corporation as Herbert Diess, chairman of the board at Volkswagen Group, has found out from personal experience. Diess was lured away from BMW, where he had a long and distinguished career, to turn Volkswagen around after its diesel cheating scandal. His recovery plan involved a dramatic shift away from building conventional cars to becoming a leading manufacturer of electric vehicles. The company’s new ID division is the result.

In addition to managing the challenges presented by EU exhaust emissions rules and the regulations in the countries around the world where Volkswagen does business, Diess has had to deal with the intricacies of the ownership structure of the company itself. Machiavelli had nothing compared to the complexities that arise from a situation in which the Porsche family owns a controlling interest in the company and other shareholders include the state of Lower Saxony and the Qatar Investment Authority.

Those are the shareholders but the board of directors is an entirely different kettle of fish. Under German law, members of the labor organizations that represent the workers are entitled to half the seats on the board of directors, giving them substantially more power than labor unions in many other countries, especially the US. Initially, Diess was chairman of the board for the Volkswagen Group and CEO of the VW brand. But earlier this year, Bernd Osterloh, head of Volkswagen’s works council and a member of the supervisory board, persuaded other directors to strip Diess of his responsibility for the day to day operations of the VW brand and Ralf Brandstätter was appointed CEO in his place.

The result left Diess uncertain about how much support he had from the board, according to people familiar with the situation. Market Watch reports that uncertainty came to head recently when Diess asked for an early extension of his employment contract. After a weekend of shuttle diplomacy by board chairman Hans Dieter Pötsch, the board voted to support Diess and confirm its trust in the electrification strategy he has devised. The agreement will allow Diess to install supporters in several key positions with the company.

“For us it is of decisive importance that Herbert Diess with his new management team will continue to shape this important era at Volkswagen, ” Wolfgang Porsche and Hans Michael Piech, heads of the Porsche-Piech clan, said after the meeting. Osterloh, who led the opposition to Diess earlier this year, said there was now total agreement between the supervisory board, executive board, and labor representatives.

Getting the works council to support Diess required a compromise. Any labor organization’s first duty is to support the workers it represents. Electric cars require fewer workers in the manufacturing process, which quite naturally makes the rank and file employees nervous. To calm their fears, the company has agreed to add the ability to manufacture electric cars to its flagship factory in the city of Wolfsburg.

Electrive, citing news reports by Handelsblatt and Der Spiegel, says Diess announced in an address streamed to 15,000 Volkswagen managers last week that the Wolfsburg factory would be reconfigured to build a new flagship electric vehicle featuring “improved battery technology.” That may or may not refer to the solid state battery advances pioneered by QuantumScape, the US battery company that has been the beneficiary of a sizable investment by Volkswagen.

Diess said the new car will be the top electric model of the Volkswagen passenger car brand and may be based on work done by Audi’s Artemis program which is focused on self driving technology. Der Spiegel, citing “informed circles”, says the new car will be produced in low to medium six figure quantities and be “multi-brand capable.” The revitalized factory will be highly automated and is not expected to begin turning out cars before 2025 at the earliest. The establishment of an electric car manufacturing facility in Wolfsburg has been an explicit demand of VW’s employees as represented by the powerful works council and now they have gotten their wish.

Arndt Ellinghorst, senior auto analyst at Bernstein Research, tells Market Watch the deal reached by the company’s directors “puts an end, at least for the moment, to the excessive frictions between management and other key stakeholders. Yesterday’s resolutions clarify management’s mandate and offer an opportunity to focus on VW’s fundamental matters.”

In his remarks, Diess explicitly referenced Tesla, saying that with the Wolfsburg electric car project, “we can keep up with Tesla and will be even better in terms of production costs.” The German press says Diess wants Wolfsburg to be Volkswagen’s answer to Tesla’s new factory in Grünheide. More than anything else, Volkswagen wants to leverage its decades of experience in building automobiles in high volumes. The newest EV could be manufactured in just ten hours, which is similar to Tesla’s production time for new cars. At present it takes about 20 hours to manufacture an ID.3 at the factory in Zwickau.

Diess’ victory with the board this week may seem like a minor matter of internal corporate politics but it is more than that. Of all the existing automakers not called Tesla, it is the one that has pushed the hardest to make the EV revolution a reality. For those of us who dearly want to see electrification of the transportation sector happen, this is an important development and really, really good news.

Appreciate CleanTechnica’s originality and cleantech news coverage? Consider becoming a CleanTechnica Member, Supporter, Technician, or Ambassador — or a patron on Patreon. Don't want to miss a cleantech story? Sign up for daily news updates from CleanTechnica on email. Or follow us on Google News! Have a tip for CleanTechnica, want to advertise, or want to suggest a guest for our CleanTech Talk podcast? Contact us here.
In this article:Electric Cars (EVs), Herbert Diess, Volkswagen (VW), Wolfsburg