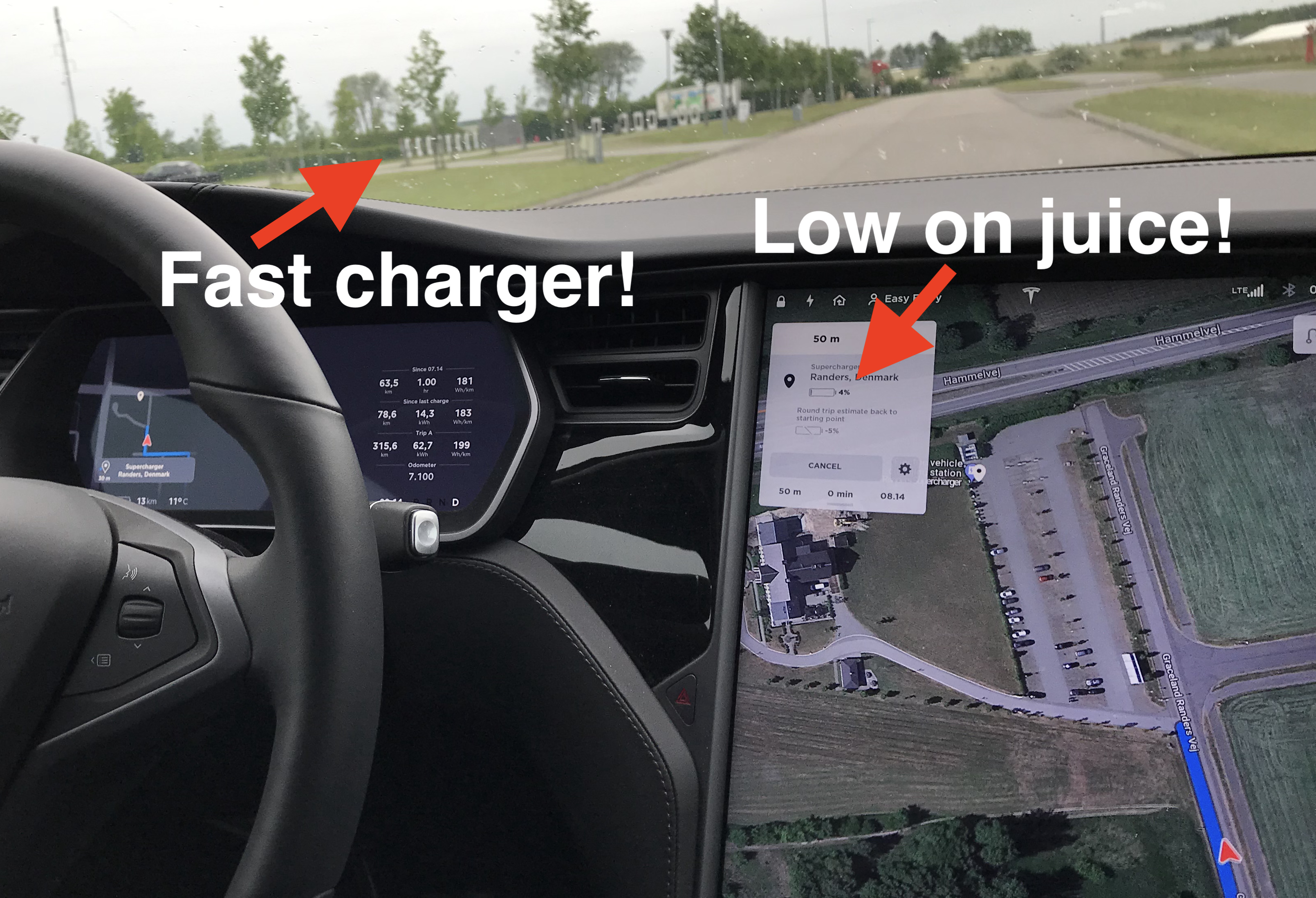 Denmark has been working on new legislation on registration fees on new electric vehicles (supposed to go into effect in the new year), but after 2 months of negotiations in the Danish parliament, it has been stranded. This uncertainty on pricing of electric vehicles going forward is not helpful. However, it seems like the Danes don’t care all that much. Electric vehicle sales are picking up seriously in Denmark.

From January to September 2020, fully electric vehicle (BEV) sales are up by 93% compared to the same period in 2019. In total, 7,550 BEVs were sold in the first 9 months of 2020, with September setting a new record of 2,340 registrations, according to autobranchendanmark.dk. (For September the number of fossil vehicle sales was 12,497, and hybrids of any kind totaled 2,360.)

One of my own closest calls in a Tesla Model S.

So, sales are certainly pointing toward inevitable BEV dominance in the future, but while waiting for solid legislation, the Danish Motorist Association (FDM) — through its magazine Motor — thought it would be useful for potential EV buyers to compare real-life range of EVs on the market. What a great idea! FDM is very consistent in its testing, and since it has now tested so many EVs, it has produced a nice table in its news feed.

I took the liberty of presenting these data in a couple of charts (pardon the metrics, but it’s all compared to WLTP in Europe): And the winner is? Well, obviously, if you only look at range, nothing comes close to Tesla, but the runners up are not bad. In fact, looking at efficiency, the winner is clearly the Koreans: This means, in order to cover your specific needs, you not only ask yourself: How far? But also: How efficient?

Here’s how Motor did it (translated from the report):

How fast are you driving?
We did the measurement at 110 km/h (68 mph) to make the measurements as comparable as possible. We have not measured at 130 km/h (81 mph), as this speed limit does not apply to the entire motorway network, and it is therefore not possible to measure consistently at this speed.

How do you measure?
We start with a 100% charged car and have air conditioned the interior before departure. Then we drive out on the highway and do not stop until the battery is depleted. This will typically happen when the car indicates a range of between 0 and 20 km left, which is added to the distance traveled. We measure all year round, but typically between 5 and 25 degrees centigrade.

Hopefully this helps anyone in the market for an EV. Allow me to remind you about how very different a traveling experience can be, short range vs. long range: