The EV market is rising around the world, and so is EV charging infrastructure, thanks in large part to enterprising, persevering, electron-pushing EV charging startups. EVgo was one of the earliest and is one of the largest in the United States. EVgo also happens to be 100% powered by renewable energy (in net).

The recent news from EVgo is that it has tripled Virginia’s EV fast charging network in the past year.

This represents “Cycle One of the fast charger deployment plan for the Virginia Department of Environmental Quality.” 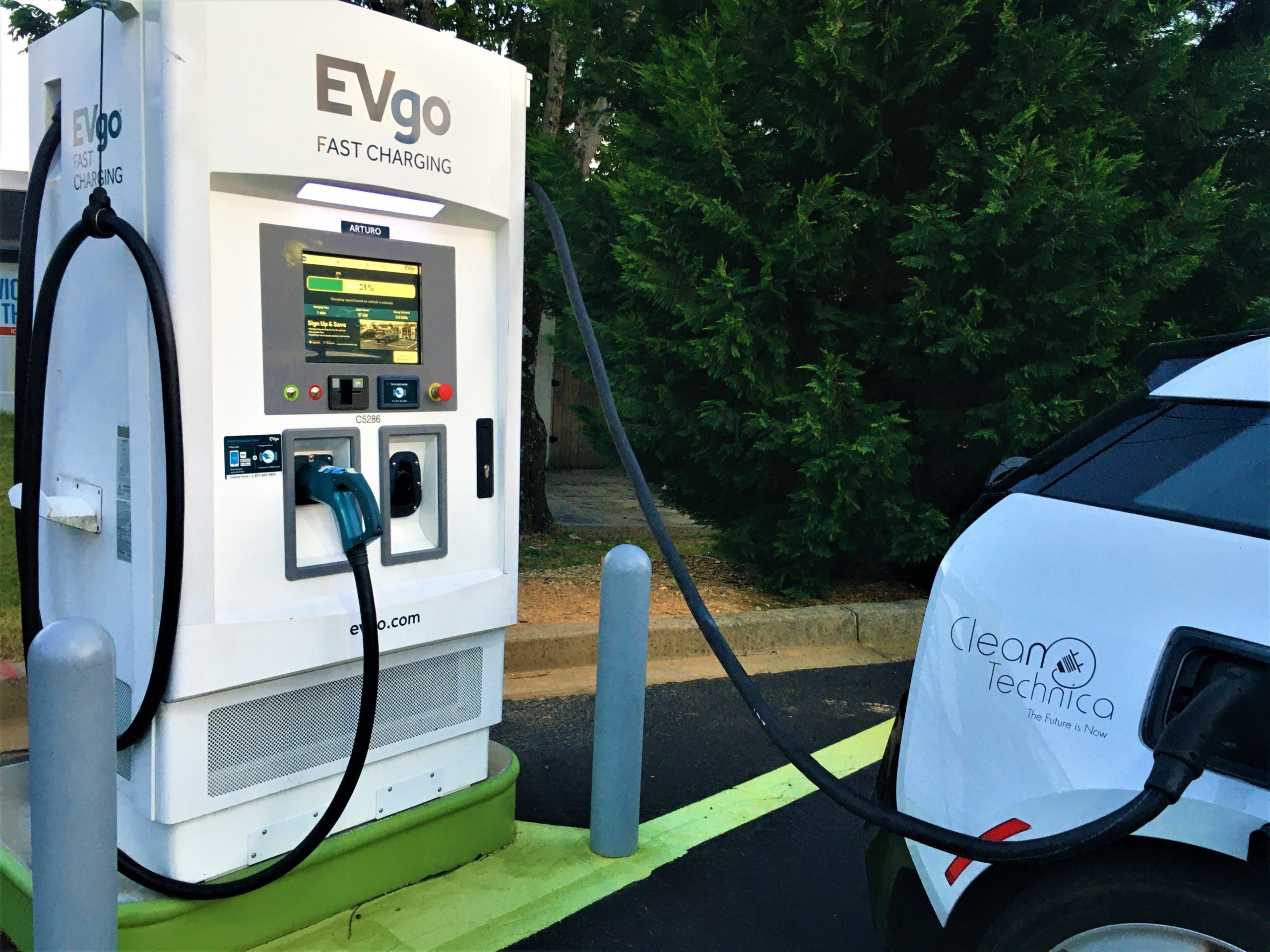 According to our last analysis, EVgo has the second-most EV fast charging stations in the United States, only trailing Tesla. However, because Electrify America and ChargePoint typically have more chargers per station (and Tesla has far more), EVgo is 4th in the nation in terms of number of chargers. That said, EVgo has the largest network of “100% renewable” fast charging stations. Those are in 600 cities across 34 states and serve more than 200,000 customers. In March of this year, the Commonwealth of Virginia passed legislation requiring that it become carbon free by 2045, making it the first state in the South to set such an ambitious target. Naturally, that means a full shift to electric vehicles.

Cathy Zoi, CEO of EVgo, noted that the new EV fast chargers installed in Virginia in the past year have been in convenient and useful locations such as malls, Sheetz stations, Wawas, and Federal Realty Investment Trust properties (which I had to Google, but look really cool). They will be adding new retail partners soon too.

Have a tip for CleanTechnica, want to advertise, or want to suggest a guest for our CleanTech Talk podcast? Contact us here.
In this article:eVgo, virginia, Virginia EV charging North Carolina regulators denied, for the second time, a request to extend the Mountain Valley Pipeline into the state. Environmental groups hailed the decision,...