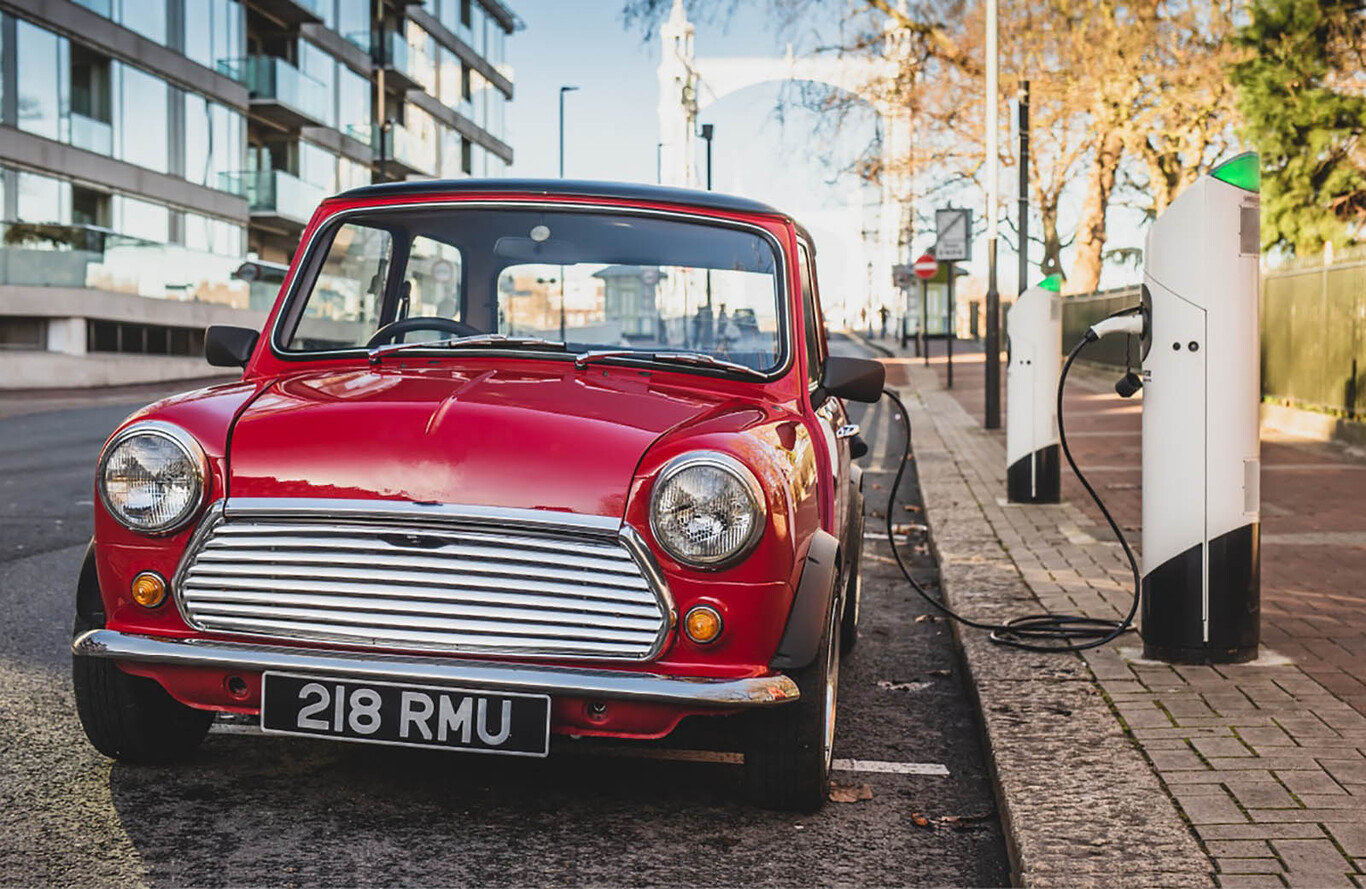 Fans of classic cars and restomods rejoice! There is now a fully realized and, more importantly, genuinely affordable kit to help you turn your classic Mini Cooper into a fast, clean, and modern EV. And, best of all, it is more true to the original Mini philosophy than you have any reason to hope for. Want to know more? Read on. When BMW revived the Mini brand at the dawn of the 21st century, it reignited car culture in a way that can’t really be summed up in a few hundred — or even a few thousand — words. Suddenly, it was OK to love cars again in a way that wasn’t so serious. It was a retro design that seemed to be a labor of love, where less-successful retro offerings like the Ford Thunderbird and VW Beetle seemed like cynical cash grabs. The reborn Mini was cool, quick, efficient, and many different things to many different people.

One thing the new Cooper was not, though, was anywhere near as “mini” as the original. Because of that, it would never have the same appeal as the original ultra-compact classic.  That car was a giant-killer, frequently racing — and winning — against much larger cars like BMWs and Mustangs in international competition.

If the legacy of the classic Mini was well worth reviving, then so are the remaining original Minis, yes? And what better way to bring Alec Issigonis‘ vision of compact engineering excellence into the modern era than electric power?  That’s the question being answered by Swind, a British maker of high-quality, low-volume electric vehicles which is offering thoroughly engineered electric conversion kits for classic Minis for the low low price of just €8850 Euro (or just under $10,000 at the time of this writing).

For that money, Swind customers get an 80 HP electric motor with 136 lb-ft of torque available at 0 RPM, which is a big improvement over the original 55 BHP and 54 lb-ft available from the Austin BMC A-series engine found in the original. It’s enough to be a significant performance upgrade — especially when purchased with the optional limited-slip differential — without completely overwhelming the classic Mini’s chassis in the way that a 400 HP Tesla drive unit would.

Did I mention that the Swind kit keeps the original Mini’s innovative suspension system? Indeed, the kit ships with a complete front subframe that includes Mini-specific motor anchor points for the HPD E electric motor, as well as the CV joints for the original Mini suspension.  As such, the Swind kit is pretty close to being a bolt-in offering, and is understandably billed as being “suitable for the home mechanic.” If you do decide to give the Swind kit a go, you can expect about 120 miles of range from the 12 kWh battery pack that’s suggested, or more or less range if you go for a bigger or smaller battery (obviously?).  You might want to stick with Swind’s solution, though, because it’s designed to nestle in right above the electric motor under the bonnet of the Mini, where its weight will help keep the Mini’s front wheels firmly planted for maximum traction during acceleration and cornering.

All in all, it seems to be an elegant solution, with modern levels of acceleration and performance (think 9-second 0-60 MPH runs) wrapped in a timeless, fun design. And, to any would-be conversion-ists out there, you might do well to consider building your kit into a bolt-in subframe the way Swind did. It might take longer to figure everything out on your end, but your customers will thank you — heck, we might even write about it!

Appreciate CleanTechnica’s originality and cleantech news coverage? Consider becoming a CleanTechnica Member, Supporter, Technician, or Ambassador — or a patron on Patreon. Don't want to miss a cleantech story? Sign up for daily news updates from CleanTechnica on email. Or follow us on Google News! Have a tip for CleanTechnica, want to advertise, or want to suggest a guest for our CleanTech Talk podcast? Contact us here.
In this article:electric mini, ev conversion, EV conversions, mini, mini