Reaffirming its continued commitment to a zero-crashes, zero-emissions, and zero-congestion future, General Motors today announced the rebranding of the Detroit-Hamtramck Assembly Center as Factory ZERO. With a $2.2 billion investment, the plant is currently being reconfigured to an all-electric vehicle assembly plant. Back in early January, I attended a press event at the storied Detroit-Hamtramck Assembly Center where GM announced its plans to build all-electric trucks and SUVs, along with the Cruise Origin. The plant at the time employed 900 workers and produced the Cadillac CT6 and the Chevrolet Impala.

GM produces the Chevrolet Bolt EV at the nearby Lake Orion factory — until recently, on the same assembly line as the Chevrolet Sonic. The Sonic has been discontinued and the available production capacity is expected to transition to the upcoming Bolt EUV crossover. (In a followup email with a GM PR representative, I was able to confirm that the last Sonic has been produced at Lake Orion, so that plant is actually now only producing EVs.)

Beyond the Hummer by GMC SUT, which will be revealed on October 20, and the Cruise Origin, GM has shared no specifics of other BEVs to be produced at Factory ZERO, but I’ll go out on a limb with some guesses: Factory ZERO has been “taken down to the stubs” from its Hamtramck Assembly origin, according to Jim Quick, Plant Director, but final production of the GMC HUMMER EV is expected to begin in late 2021. Assembly validation of the Hummer will happen well prior to that. In a private press briefing for EV journalists, Gerald Johnson, GM executive vice president of Global Manufacturing, all but guaranteed that the Hummer SUT (the “pickup” version of the Hummer) would be shipped to dealers and available to purchase by customers in late 2021. 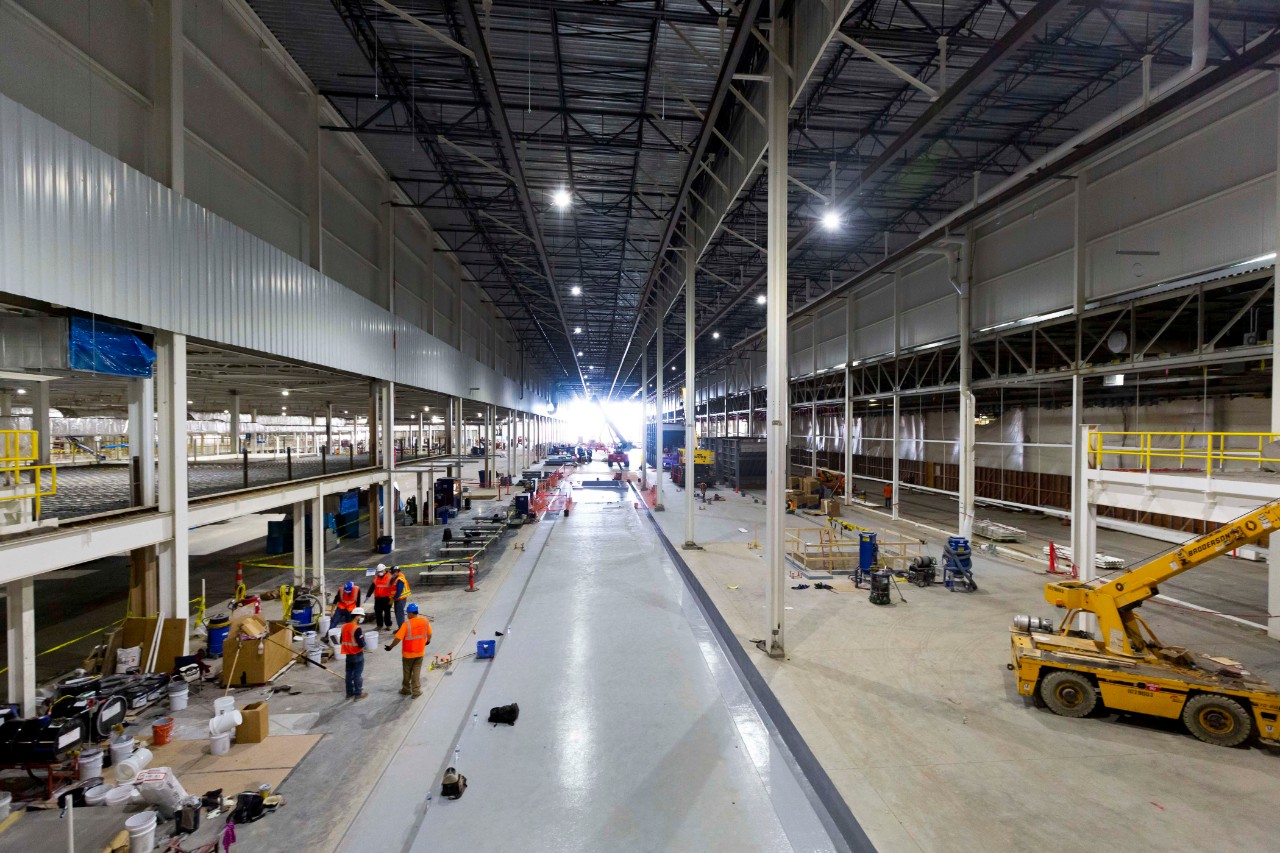 The two GM manufacturing executives were unable to provide any answers to detailed questions about production volume or which future models would be produced at the factory. Quick did share, however, that the plant would have an annual production capacity of 270,000 (the same as the former Hamtramck volume) and would produce multiple models through shared and modular production lines.

GM said that the Ultium battery cells would be produced at the Lordstown joint venture with LG Chem, which would then be assembled into modules and packs at Factory ZERO.

The $2.2 billion investment in Factory ZERO is the single largest investment in a plant in GM history. Once fully operational, the plant will create more than 2,200 manufacturing jobs. While GM executives wouldn’t comment on my question regarding whether or not Factory ZERO might eventually produce vehicles for Honda, if I had to speculate, we might see the Ultium powertrains produced at Factory ZERO and then assembled in a separate Honda factory.

The name Factory ZERO doesn’t just represent the plant’s sole focus on electric vehicle production, but also GM’s commitment to sustainability. According to GM, during the plant’s physical transition, concrete waste was repurposed to create temporary roadways and the site also recycled stormwater to reduce discharge costs and offset the cost of potable water. Treated stormwater will be used in cooling towers and the fire suppression system. The site also features a 16.5-acre wildlife habitat and is home to species such as monarch butterflies, foxes, and turkeys.

Additionally, GM is committed to providing 100 percent of its US facilities with electricity from renewable energy by 2030, and all global facilities by 2040. GM facilities in southeast Michigan that source electricity from DTE Energy, including Factory ZERO, will be powered by renewable energy by 2023. The factory also features a 30-kilowatt solar carport and 516 kilowatts of power capacity from a ground-mounted photovoltaic solar array from DTE.

Many industry observers and EV advocates might chuckle at the Hamtramck rebranding, believing that GM — the company the killed the EV1 and then the popular Volt PHEV, and made a solid, but unexciting Bolt EV — is still not moving quickly enough in its EV transition, and is also still too focused on huge trucks and SUVs. And I won’t debate those points, but it is clear that GM is truly committed to a future of EVs. The company is, however, taking a very methodical, measured, and profitable approach to its transition. GM’s focus for the next few years will be mostly on either 1) large trucks and SUVs under the GMC and Chevrolet brands, or 2) large, luxury Cadillac crossovers and SUVs. All of those vehicles will likely be priced at least above $50,000–60,000, and hence be produced in relatively low volume. This makes sense from a strategic perspective, as the US market is still very much in an early adopter phase when it comes to EVs.

Meanwhile, the more affordable and smaller-in-size Bolt will get a refresh and the new Bolt EUV will be launched, but neither EV is going to generate the excitement nor future sales volume that we might see with the Volkswagen ID.4, Nissan Ariya, or Mustang Mach-E, let alone the Tesla Model Y. The stylish Chevrolet and Buick crossovers of which I saw concept versions earlier this year, unfortunately, won’t make it to dealer showrooms until around 2024.

Don't want to miss a cleantech story? Sign up for daily news updates from CleanTechnica on email. Or follow us on Google News! Have a tip for CleanTechnica, want to advertise, or want to suggest a guest for our CleanTech Talk podcast? Contact us here.
In this article:detroit, EV factories, GM, GM factories, GMC Hummer