Image by PublicDomainPictures from Pixabay

Climate Deniers Are Half Right!

I often hear the following from climate deniers: “Even if we completely decarbonize the US, it will only delay global warming a few years, because you know, India, China, etc., they’ll just keep polluting. The US acting alone hurt jobs and business and does little or nothing for climate.”

I usually offer a tepid response: “Yes, but we need to show leadership. If we act, others will follow.”

Better response: “You’re half right. It IS a global problem. In recognition of that reality we must adopt a climate solution that significantly reduces our emissions AND protects carbon intensive US businesses AND strongly encourages other countries to follow. Indeed, other countries are already considering such a solution, and if they adopt it and we don’t, it will be our businesses that suffer.”

The climate solution I’m referring is a Carbon Border Adjustment that goes hand in hand with making polluters pay by putting a price on carbon. We can do this in the US by implementing legislation like the Energy Innovation and Carbon Dividends Act (EICDA), which sets a gradually rising price on carbon at the source and returns all the revenues to US residents as an equal dividend.

Pricing carbon adds to the costs of domestic industry, and with no protection may hamper the international competitiveness of US firms. This will be an even greater problem for more carbon-intensive industries. It would also harm our domestic producers who face competition from imports. If no such protections were added, carbon pricing could lead the US to export its carbon emissions! We might end up just exporting a lot of our carbon pollution!

To correct for the trade disadvantage and “carbon leakage” problems, the EICDA includes a provision for a “Border Adjustment,” so we won’t export our carbon pollution and our industries won’t be harmed.

How The Border Carbon Adjustment Works

Here’s how it would work (read the bill for more detail):

Here’s a quote from the Biden plan:

“As the U.S. takes steps to make domestic polluters bear the full cost of their carbon pollution, the Biden Administration will impose carbon adjustment fees or quotas on carbon-intensive goods from countries that are failing to meet their climate and environmental obligations. This will ensure that American workers and their employers are not at a competitive disadvantage and simultaneously encourage other nations to raise their climate ambitions. Biden will also condition future trade agreements on partners’ commitments to meet their enhanced Paris climate targets.”

In other words, a Border Carbon Adjustment gives the US State Department a “CARROT AND A STICK” to move other countries in the same direction as the one the US will take in this course reversal.

This Could Be “A Good Virus!”

Viruses are not seen as particularly positive these days. But in my opinion this one feature of the EICDA will make carbon pricing, and thus climate action, “go viral.” It should be highly contagious. As the US and other trading partners adopt carbon fees or similar action, other countries will see that it is in their economic interest to “join the club.” For those who do join, their products will not face the fees and enhanced scrutiny that products from those who don’t join will face. This is the hidden feature of the EICDA or similar attempts at a border adjustment. This will represent a big incentive for all trading partners to adopt a carbon fee.

The EU May Beat The US To The Punch

The European Union is getting ready for its own Border Carbon Adjustment as part of its ambitious $600 billion Green Deal legislation. This program, to be implemented in 2023, would put a tariff on imports of “goods that are produced in ways that emit more greenhouse gas emissions than allowed by EU manufacturers,” according to a recent article in MIT Technology Review. The EU plan has received lots of discussion, as you can imagine. From the above MIT Technology Review article, “In the last 30 years, we’ve approached climate negotiations through the prism of voluntary standards and carrots,” says Nikos Tsafos, a senior fellow at the Center for Strategic and International Studies. “This is the first time we’re really adding sticks to the picture.”

And Clean Energy Wire recently reported on the EU discussions — “Germany and France have thrown renewed weight behind calls for an EU-wide carbon border tax, which would apply for products imported from countries with lower emissions reduction standards. Speaking at a joint press conference with French President Emmanuel Macron near Berlin, German Chancellor Angela Merkel said there was ‘a common position’ that the bloc needs such a mechanism. ‘If we have very ambitious climate protection targets, then we must also protect ourselves, as it were, against those who import products to us that are more harmful to the climate or emit far more CO2,’ she said. President Macron again announced his support for the tax earlier in the day. Both countries have previously said that they would jointly explore ways to implement such a tax. Merkel said it would be no easy task, as others have pointed out. The system must be compatible with World Trade Organisation (WTO) rules, she added, and the border tax would have to go hand-in-hand with an instrument that ensures EU industries can remain competitive, ‘such as compensating energy-intensive industries for the price of electricity.'”

The EU plan is also getting significant pushback from the potentate of the next door petrostate. Vladimir Putin’s Minister of Economic Development said recently that Moscow “is extremely concerned by attempts to use the climate agenda to create new barriers. … We see a danger in this, including in the initiative to create a carbon adjustment mechanism that could essentially turn into new duties,” referring to the European Commission’s plans to deploy a carbon border tax (see article).

I first learned about pricing pollution from my freshman economics professor William D. Nordhaus, who would later go on to win the Nobel Prize in Economics for his work on integrated modeling of the climate and the economy. He talks about the carbon club in his Nobel lecture, at around the 30 minute mark, which I encourage watching on YouTube.

You might also consider his 2015 book The Climate Casino, in which a whole chapter is devoted to the problem of “free riders” and how the problem should be avoided. Free riders in this case are countries that get the benefit of actions by other countries to reduce climate impacts, but don’t actually do anything themselves.

Nordhaus brilliantly communicates his solution by introducing the idea of how global carbon pricing could begin with a “club.” There are other, similar clubs, by the way, like NATO, the EU, the World Trade Organization, or even the UN. In the Carbon Club, you pay your dues (enact a carbon price) which causes some pain in the form of increased cost of energy. But you also get a benefit, in that you don’t pay “carbon tariffs” for trade among members of the club. Each member of the club charges tariffs to non-members only, and all members agree to a minimum level of carbon pricing. Non-members have a significant incentive to join the club, and the price of admission is to establish that minimum carbon price.

Nordhaus proposes a standard tariff on all products versus trying to calculate the carbon content of each product. He agrees that a carbon content approach would be better, but concludes it is too complicated to administer. The EICDA chooses to focus on carbon content for a border adjustment for carbon-intensive industries only.

I have a suggestion for the legislators in the next Congress: Just do both. Impose a carbon footprint–based fee for very carbon-intensive imports (start with oil) and impose a flat tariff for all other imports. Both fees would be waived for club members.

Solving the climate crisis requires a global solution. The Paris Accord is all about voluntary agreements and commitments. Carbon pricing with a border adjustment, where carbon pricing countries become members of a club with benefits, imposes real consequences on countries that don’t do the right thing.

In my opinion, the border adjustment will cause the viral spread, chain reaction, domino effect we need for climate action to go global. Onward!

Don't want to miss a cleantech story? Sign up for daily news updates from CleanTechnica on email. Or follow us on Google News! Have a tip for CleanTechnica, want to advertise, or want to suggest a guest for our CleanTech Talk podcast? Contact us here.
In this article:Biden, Carbon, Carbon Emissions, China, Energy, EU, Europe, Joe Biden, usa, Waste Reduction 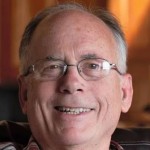 Brad lives in Asheville, NC and is deeply involved in local efforts around the energy transition. He lobbies Congress for carbon fee and dividend as a volunteer for Citizens Climate Lobby. In 2016 Brad started a non-profit – Energy Savers Network – that mobilizes volunteers to help low income people save energy. He has a rooftop solar installation and his family cars are a Tesla Model 3 and a Prius Plug-in hybrid with 150,000 miles and still about 9 miles of EV only range.  He has been studying energy economics for over forty years and holds a BA in economics from Yale University, where he learned about pricing pollution through a fee in freshman economics class. He also holds an MBA from the University of North Carolina at Chapel Hill.