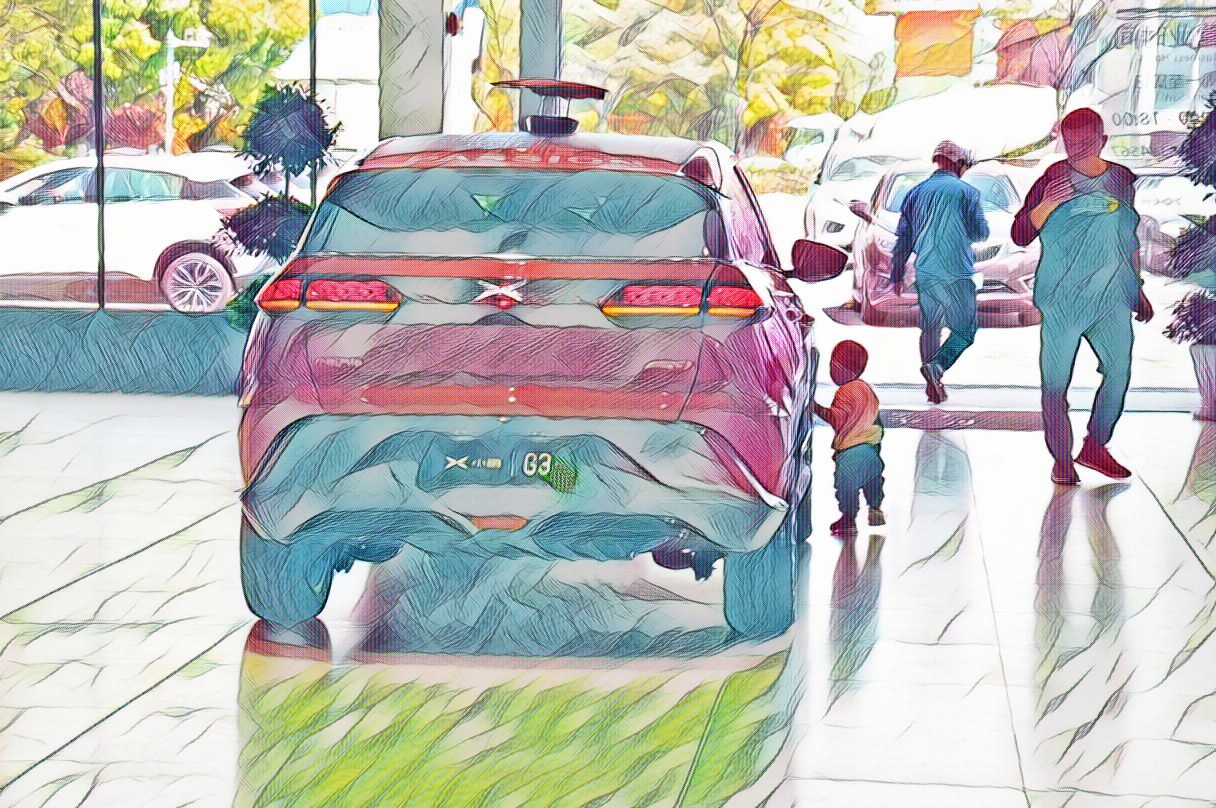 Xpeng Motors, a popular electric vehicle startup in China that has unabashedly followed Tesla’s lead, that used patents that Tesla opened up for anyone to use, and that designed and developed cars that clearly resemble Teslas (yet do have their own design language) is readying for an IPO in the United States.

Xpeng has been battling with NIO for the title of best selling EV startup in China (though, NIO is clearly winning at the moment), and it just brought to market a rather insanely competitive new car, the P7. Deliveries of the G3 crossover/SUV started about a year and a half ago, and it has been doing pretty well on its own, but it is no longer in the top 20 of the highly competitive Chinese EV market. The P7 might make it there. We’ll see. There is at least one grey spot on the company’s launch and rise. Last year, Tesla alleged that Xpeng stole Autopilot source code — that an employee at Tesla downloaded all of it just before leaving the Silicon Valley company and then went to work for Xpeng, supplying the company with a starting point for semi-autonomous driving that Xpeng now uses it in its vehicles. That lawsuit is slowly moving through the court system. It’s not clear how long it will be until there’s a resolution.

Xpeng was founded by He Xiaopeng, who sold a web browser business he started to Alibaba for a small (or large) fortune. Alibaba also invested in Xpeng early on, apparently quite impressed with Xiaopeng’s abilities as an entrepreneur. Some have laughed at Xpeng because of how much it clearly copied Tesla. However, this is exactly what many people have said both startups and legacy automakers should do: try to follow Tesla’s lead and develop EVs like Tesla’s. Xpeng might have benefited from a little more originality. Or maybe not. Would it have as much consumer demand and get enough attention if not for the clear similarities to Tesla? I have seen many exotic electric car startups come and go. Xpeng has been sticking around and has done better than almost all others. NIO is the exception, and it already had an IPO and has been doing alright for itself on the stock market this year. It opened the year with a stock price of $3.72 and is now up to $11.94, with a market cap of $14.14 billion.

Xpeng’s vehicles have gotten high safety ratings and shown good quality. One of the top experts in the West on China’s EV market, José Pontes, is quite bullish on the firm. “X-what?!?! Xpeng — you know, the company that allegedly stole Tesla’s Autopilot source code. Only, Xpeng is so much more than that — it is in fact one of the most promising EV startups in China. It has some high-profile backers, like Xiaomi, Alibaba, and Foxconn. It launched its first model, the Tesla-inspired G3 compact SUV, in late 2018, and now it’s launching its second model, the P7, which can be described simplistically as a Model S kind of car, for Model 3 kind of money. Not only is it a lot of car for the money, but with a top NEDC range of 706 km (441 mi), thanks to a 81 kWh battery, it is the longest range EV made in China, Teslas included.

“Add that to L3-level autonomous driving and competitive pricing (the base model starts at $32,400) and you have a model with amazing specs and features, and while the G3 was contracted to another carmaker, Haima, by Xpeng, the P7 is homemade, in the brand new Zhaoqing factory (Guangdong province). The factory is said to have production capacity for a couple of thousand units/month, but sources say that orders far outpace installed capacity. (And with these specs, why wouldn’t they?) Xpeng is already planning to ramp up production.“

The pricing is absurd. And this line is jaw dropping if even 75% accurate: “a Model S kind of car, for Model 3 kind of money.” At the least, it’s a very attractive electric sedan for a good price. Overall, whether you like it or not, and whether you believe Xpeng stole from Tesla or not, the company has a lot of promise.

Regarding the IPO news, CNBC reports that two sources indicate that the company is looking to raise $300 million before going into the IPO. “Qatar’s sovereign wealth fund, the Qatar Investment Authority, is one of the investors in the funding round, the sources said,” CNBC adds. “The final amount raised might be higher than $300 million as a number of investors are still in discussions to put money into Xpeng.” Xpeng has apparently already filed to IPO, confidentially, but has not decided yet which US stock exchange to go on (Nasdaq or NYSE).

“The potential listing in the U.S. comes amid rising tensions between America and China which could impact foreign firms listed on Wall Street. In May, the U.S. Senate passed legislation that would increase scrutiny on Chinese firms trading on American exchanges which carries the threat of delistings for some foreign firms.”

It definitely seems like a good time to IPO for other reasons, though. Tesla’s stock [NASDAQ:TSLA] has skyrocketed as the company has approached S&P 500 inclusion and demonstrated 4 quarters in a row of profits, and that success seems to have pulled up related stocks, like those of NIO [NYSE:NIO], Workhorse Group [NASDAQ:WKHS], and Nikola Corporation [NASDAQ:NKLA]. Presumably, an Xpeng Motors IPO would also ride off of that enthusiasm and momentum for a strong entry onto the stock market.

We’ll keep you informed as this develops. Xpeng, in my eyes, is one of a few Chinese automakers that could sneak into US and European markets in the coming decade and rise up as legacy automakers struggles to transition. Maybe. Traditional automakers have to wind down fossil-powered car production while also ramping up electric vehicle production. That’s a very challenging balancing act when it comes to finances, the workforce, unions, customers, and investor confidence. New EV startups like Xpeng just need to stimulate consumer interest and ramp up production in a sensible, efficient way. Well, perhaps that’s not super easy, but it does seem to provide a bigger opening to success than some legacy automakers are facing. We’ll see.

All photos by Nicolas Zart for CleanTechnica