Electrify America seems like it popped onto the scene only last week. (Or two to three years ago, but who’s counting?) Even in EV world, it’s a fresh face — and a highly appreciated one for numerous non-Tesla electric vehicle drivers. It makes road trips in a non-Tesla electric car far, far easier than if the network didn’t exist. (Tesla drivers have the Supercharging network, so Electrify America is much less important for us.)

My mom has repeatedly made the trip between Southwest Florida and Western North Carolina in a 2015 BMW i3 REx with ~70 miles of electric range, and barely using the gasoline range extender, thanks in good part to Electrify America.

A few years ago, it was hard to believe there would be anything comparable to the Tesla Supercharging network this quickly — a network of superfast high-powered charging stations with good visibility and several stalls at each stop. Sure, there are notable differences between the networks and a few ways to improve the experience, but there’s no point in getting into those right now. The good news is that owners of more electric models than Teslas are increasingly able to make the road trips they love to make conveniently and securely. That’s a win for those owners, and that’s a win for America.

“The network continues to expand at a rapid pace, opening more than one EV fast charging station every business day and nearing completion of a second cross-country route across the South,” Electrify America states. What exactly is a “cross-country” route? Aside from using a colorful marker to draw a line across the country (after all, a con man born with $400 million in his piggy bank could do that), one of the key pieces of criteria used by Electrify America was that the stations be close enough together than a modern EV can make it from one to the next, with the average distance between them being just 70 miles.

They also needed to go along commonly traveled routes. These stations — providing up to 350 kW each — go along Interstates 15 and 70. Electrify America says they are located “in metro areas and near highway routes located conveniently by shopping and dining amenities.”

Here are some final stats to leave you with:

Find an Electrify America station in your favorite spot via this interactive map. Check out our Electrify America stories for much more on the network.

Appreciate CleanTechnica’s originality and cleantech news coverage? Consider becoming a CleanTechnica Member, Supporter, Technician, or Ambassador — or a patron on Patreon. Don't want to miss a cleantech story? Sign up for daily news updates from CleanTechnica on email. Or follow us on Google News! Have a tip for CleanTechnica, want to advertise, or want to suggest a guest for our CleanTech Talk podcast? Contact us here.
In this article:Electrify America, EV road trips 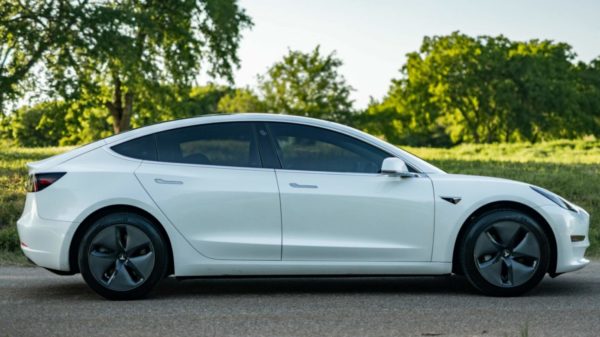 We Spent $95 To Drive 2,700 Miles On A Summer Roadtrip. Life With An EV Is Sweet Indeed

For the second year in a row, my family embarked on a massive EV road trip. Five of us — my wife, 3 year-old,... A Tesla Model 3 Road Trip to Corsica (with Pictures)

My friend Marco “Speedy” Jeanrenaud, a resident of the Lake Geneva region of Switzerland, is a lifelong car lover — over the years, he...