Climate actions have often fallen into one of two strategies: mitigation efforts to lower or remove greenhouse gas emissions from the atmosphere, and adaptation efforts to adjust systems and societies to withstand the impacts of climate change. The separation has led to the misinformed view that addressing climate change means pursuing either mitigation or adaptation.

This divide is counterproductive and dangerous, especially for coastal villages, farmers, small island nations and other communities at the frontlines of climate impacts. The reality is that adaptation and mitigation are two sides of the same coin. In fact, methods and technologies that both curb climate change and cope with its impacts already exist.

It is not always possible or practical to work solely on actions that are both adaptive and mitigating. Nor are these actions a silver bullet to solving the climate crisis. Simply put, where they make sense, governments and communities should pursue such actions. Below are five solutions that can both curb climate change and help us cope with its impacts at the same time:

Salt marshes, mangroves and seagrasses are unique coastal ecosystems that serve as natural water filtration systems and marine habitats. They defend coasts against sea level rise by buffering storm surges and floodwaters, and store tons of carbon in their roots and soils. Mangrove forests currently hold the equivalent of more than two years of global emissions, which would be released into the atmosphere and worsen the effects of climate change if these forests are destroyed.

Increasing protected coastal wetlands and recovering about 40% of the ecosystem’s global coverage by 2050 could mitigate one gigaton of CO2 per year — over three years of emissions. Efforts to maintain coastal wetlands must include local communities that rely on these ecosystems for their homes and livelihoods. Countries like Fiji and Papua New Guinea have successful experiences around community-based conservation and education to manage these wetlands and support the development of surrounding communities.

2. Promote the Benefits of Sustainable Agroforestry

With land use changes from forestry and agriculture accounting for nearly 25% of anthropogenic greenhouse gas emissions, it’s clear that current land management schemes need to change. Agroforestry practices integrate diverse trees or shrubs with crops and livestock. In particular, pastures with trees can sequester five to 10 times more carbon than treeless areas of the same size. Farmers can also be more productive by growing crops and raising livestock simultaneously using significantly less land. Diversifying crops and including livestock on these lands can give farmers additional sources of income and reduce the risks to livelihoods caused by climate change and unpredictable weather. Expanding the use of this method to 554 million acres globally, estimated to require an investment of $41.6 billion, could help farmers realize $699 billion in financial gains from revenue diversification.

Adding trees to farms and pastures allows farmers to diversify their income while their land absorbs more carbon.

Climate variability will negatively impact countries’ electricity transmission and distribution infrastructure. At the same time, development and population growth are increasing energy demand and usage. Centralized energy systems — with large power plants and infrastructure connected over long distances — are more vulnerable to climate change since disruptions at one point in the system can affect the entire network.

Decentralized systems — often powered by renewable energy, with shorter transmission lines and smaller distribution areas — are more climate-resilient. In the event of a disaster, a community with its own decentralized energy supply isn’t affected by power outages in other areas. Smaller, more manageable power sources can also recover from disasters more rapidly. Low-carbon technologies such as solar panels and batteries can also provide reliable, clean energy to critical services, like hospitals in remote areas that aren’t already connected to the grid or experience frequent power outages. 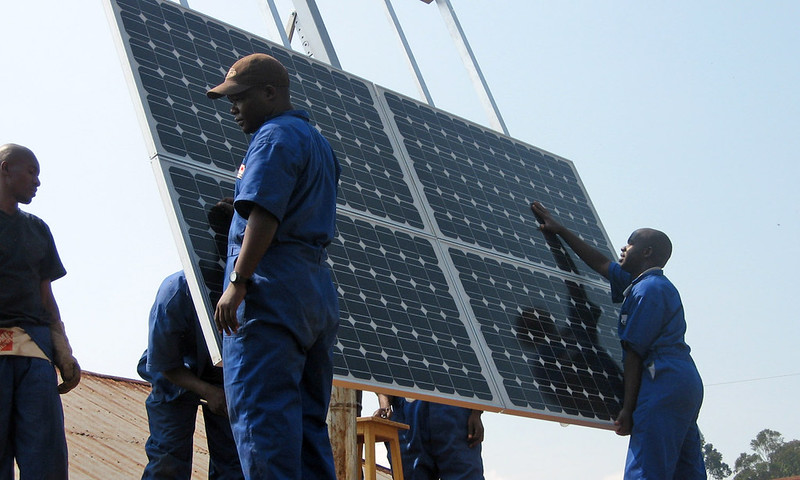 Installing solar panels on rural health clinics like this one in Rwanda can make health services more resilient to extreme weather. Photo by Walt Ratternman/Sunepi.

Indigenous and local communities manage almost 50% of land on the planet, which up to 2.5 billion people depend on for their livelihoods. These communities have practiced adaptation principles on their lands over generations, developing a deep body of traditional knowledge that can help others understand how to adapt to a changing environment.

What’s more, places where indigenous people have legal rights to their land have at least two times lower deforestation rates than similar areas without secure tenure, as seen in Bolivia, Brazil and Colombia. Indigenous people and local communities have protected forests that hold a quarter of all above-ground carbon in tropical forests. Yet these communities legally own less than one-fifth of this land. Securing indigenous peoples’ rights will ensure they can hold onto their land, protect natural resources and better sustain their livelihoods in the face of climate change.

Road transport accounts for 72% of global transportation-related emissions, a percentage which will continue to grow unless more low-carbon transportation options become available and accessible. Transportation infrastructure is also extremely vulnerable to climate change impacts like storms and extreme heat. Disruptions to the network due to extreme weather will disproportionately affect low-income people and other vulnerable urban populations who have fewer mobility options. Resilient, low-carbon mass transit addresses both challenges.

Expanding urban public transportation by 40% by 2050 could decrease the projected number of cars on the road and avoid 6.6 gigatons of carbon emissions. Retrofitting and designing mass transit to withstand climate risks such as natural disasters, sea level rise or extreme heat ensures these transport options are safe and reliable in the long-term. These improvements can influence usage and better accommodate future growth. 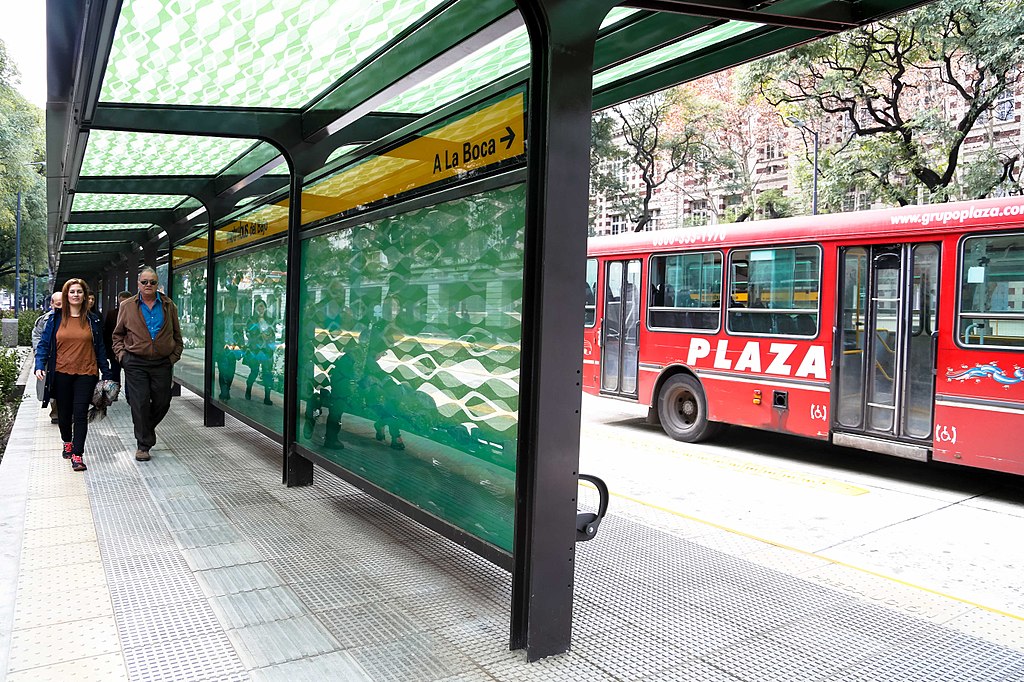 These are just some examples of climate actions that address both adaptation and mitigation simultaneously. Many others exist and can accommodate different sectors, ecosystems, countries and communities. The climate crisis is massive and urgent. Given limited funding, resources and attention that can be allocated to solving it, policymakers need to prioritize such integrated efforts.

Don't want to miss a cleantech story? Sign up for daily news updates from CleanTechnica on email. Or follow us on Google News! Have a tip for CleanTechnica, want to advertise, or want to suggest a guest for our CleanTech Talk podcast? Contact us here.
In this article:Coastal Wetlands, decentralized energy, Electric Buses, mass transit, Rwanda, wetlands