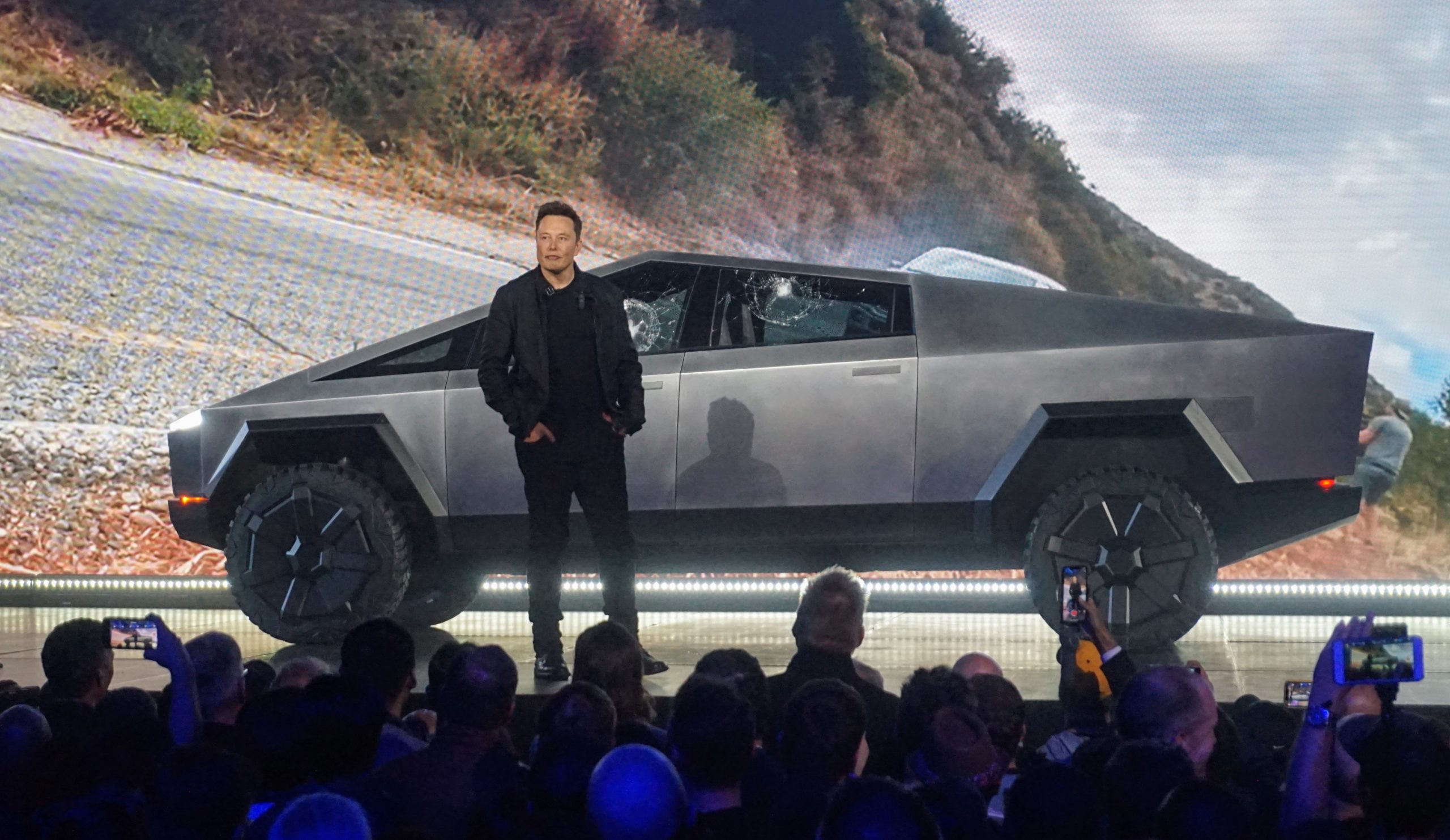 As I write this, Tesla stock has soared for the second day straight to over $900. Even as someone who has become more bullish on the stock thanks to my research, I’ll be the first to tell you that I can’t honestly say that I understand why this movement is happening all at once and so suddenly, nor does it seem that anyone else does.

But, in looking and listening to a lot of the analysts out there who are trying to make sense of it, I feel like there are some factors that aren’t getting as much attention as they should, so here’s a quick rundown of some of the causes for Tesla’s stock that could help justify these new highs.

FOMO stands for “Fear Of Missing Out” and is what happens when you suddenly have a group of people who are worried they might be missing something, so they all dive in to get whatever it is so they don’t feel like they missed it. There are absolutely some people who have seen Tesla’s stock movement and feel like they need to get in on it at this point because maybe the $7,000 ARK Invest valuation isn’t so bad, and if so, a $900 price point isn’t a bad starting place.

Tesla is an Emotional Stock

I tend to classify certain stocks as “emotional” stocks, and that means that they have a bit of an extra price built into them because of how people feel about the company. That sentiment means that people are willing to pay a premium to say that they own a portion of that company.

The company that I always use as my example of an emotional stock is Disney. When I was young, I was gifted one share of Disney stock because my family loved the company — from their movies to theme parks to pretty much everything else. When it was purchased, there was no deep research to see if the stock was a good value investment. Instead, it was a share that essentially said, “Hey, since you like this, now you can say you own a piece of it.”

Tesla definitely has an emotional component to it. A significant number of people I know also own Tesla vehicles. To be clear, this is by no means a bad thing! It’s just I find that when you have a stock partially based on emotions, it makes comparison with its peers very difficult, because I find it extremely difficult to put a value on that emotional component.

Tesla is a Sustainable Stock at the Right Moment

To be honest, this is something I think that Tesla is hugely benefiting from right now. Whether you believe in climate change or not, it’s pretty clear that the world is starting to shift toward things that are more sustainable, and investor sentiment is driving that. In looking at the market, I have agreed with this for years and have never put my money into industries where I feel the writing is on the wall for their eventual decline.

It’s becoming more and more clear by the day that one way or another, the future will be renewable and sustainable. Those large funds that want to create a portfolio based around this don’t have too many options of where they can go to create sustainable positions. A significant number of companies based around sustainable technology are startups, not something a fund can invest in. Tesla also has extremely strong brand recognition, and leaving it out of a fund you’re trying to sell investors on would be a bad marketing choice. FOMO for fund managers, and emotions for fund investors.

Oil Sentiment is Peaking or Has Peaked

After Jim Cramer said oil is dead the other day, he clarified that he thinks we will still be using it, but that younger investors don’t want any part of it any more, and we’re seeing huge trust funds pulling money from it.

And we are! The impacts of changing investor sentiment are just starting to be felt, but it’s going to result in a lot of oil company bankruptcies in the next 10 years. As a comparison, we still use a lot of coal in electricity generation, but when the market figured that coal would no longer be expanding it’s footprint, coal company valuations started collapsing.

As it becomes more clear the world is transitioning from oil, and as it becomes clear the transition will happen fast, the next question is who will benefit most from this? In the automotive sector, how it stands right now, there is only one company that seems poised to benefit from oil’s collapse, and that’s Tesla.

That leads us into something that seems counter-intuitive. Tesla, by traditional metrics, is not a huge company. As I type this, Ford is worth 25% of what Tesla is, even though Ford produced over 17 million vehicles last year to Tesla’s 367,500. The problem is that when it comes to battery vehicles, Tesla is dominating this market, which means that it is in the driver’s seat for future battery production.

To explain, in the recent earnings call, Elon Musk noted that part of the reason the Semi isn’t in production yet is because the number of batteries they need for it is their current choke point. Tesla has partnered with different battery manufacturers – Panasonic in the US and now CATL in China.

If battery electric vehicles take off – and spoiler, they already are – those manufacturers will be the least likely to cut their supply to Tesla. This makes sense, by the way – if you had a factory that made 10,000 widgets a month, and one buyer was buying 9,000 widgets a month, and you were selling the other 1,000 to other customers, if suddenly demand for those widgets rockets up to 15,000 per month, you’re going to serve the customer buying 9,000 a month first because you don’t want to lose them as a customer. It just makes sense.

This, I feel, is a benefit that has been overlooked for Tesla that is starting to be recognized.

Discount the cheaper battery cost and the faster recharge speeds that a more efficient electric car allows for, and instead think about it this way — it appears the biggest barrier to making electric cars in the next few years will be obtaining battery supply. If you give Tesla and Ford 300 kWh of batteries, Tesla can make four long-range cars while Ford will only be able to make three. On top of this, Tesla isn’t sitting still. In April, we’re going to learn about Tesla’s plans for the future of batteries. If the future includes significantly lower pricing — as I expect the Cybertruck already subtly told us it does — and higher capacity, this will be a significant competitive advantage for Tesla.

This is the part of Tesla that I think is the most valuable right now.

Tesla has already proven it can move faster than anyone else in the industry. Tesla went from a field to producing cars in China in 12 months. The company’s timeline for the Germany Gigafactory is under two years.

When Tesla first said it hoped to open the factory in China by early this year, analysts scoffed and said that a realistic timeline to opening a factory was four years, and in the best case scenarios it could be as short as two years, maybe.

But then Tesla started rolling vehicles down the line 10 months after the ground was broken.

On the other side, the Model Y prototype was unveiled on March 15th. Deliveries of the Model Y are expected to begin next month, exactly one year later.

This is not what legacy auto is used to dealing with. Porsche revealed the Mission E in September of 2015. The German automaker officially unveiled the production version of the car, now named the Taycan, on September 4, 2019, with deliveries starting soon after. Since that point, deliveries have been pushed back approximately 10 weeks.

The time between the original reveal of the car and when production was supposed to start was about four years. In four years, it’s reasonable to think that Tesla could design and reveal a new vehicle design, build the factories to produce that vehicle design, and ramp production to 250,000 or more per year.

The time Porsche assumes it will take to fix its production issues is 20% of what it takes for Tesla to build a whole factory from the ground up.

All of these pieces taken together are going to allow Tesla to lead the charge in a ridiculously fast transition from gasoline drivetrains to electric ones. I’m not going to pretend that I expect Tesla to continue a run of days where it gains 10%+, nor do I even think that it will necessarily stay at their current valuation. But, I also sure wouldn’t bet against it.

Tesla has ushered in the new era of sustainable transportation. Readers of this site have been aware of that for a while. It seems the world is starting to catch up to that thinking, and it’s going to continue to be a wild ride for this stock for the foreseeable future.

Don't want to miss a cleantech story? Sign up for daily news updates from CleanTechnica on email. Or follow us on Google News! Have a tip for CleanTechnica, want to advertise, or want to suggest a guest for our CleanTech Talk podcast? Contact us here.
In this article:CATL, Divestment, EV batteries, Ford, oil companies, panasonic, Porsche, Tesla, Tesla batteries, Tesla Model Y, Tesla stock