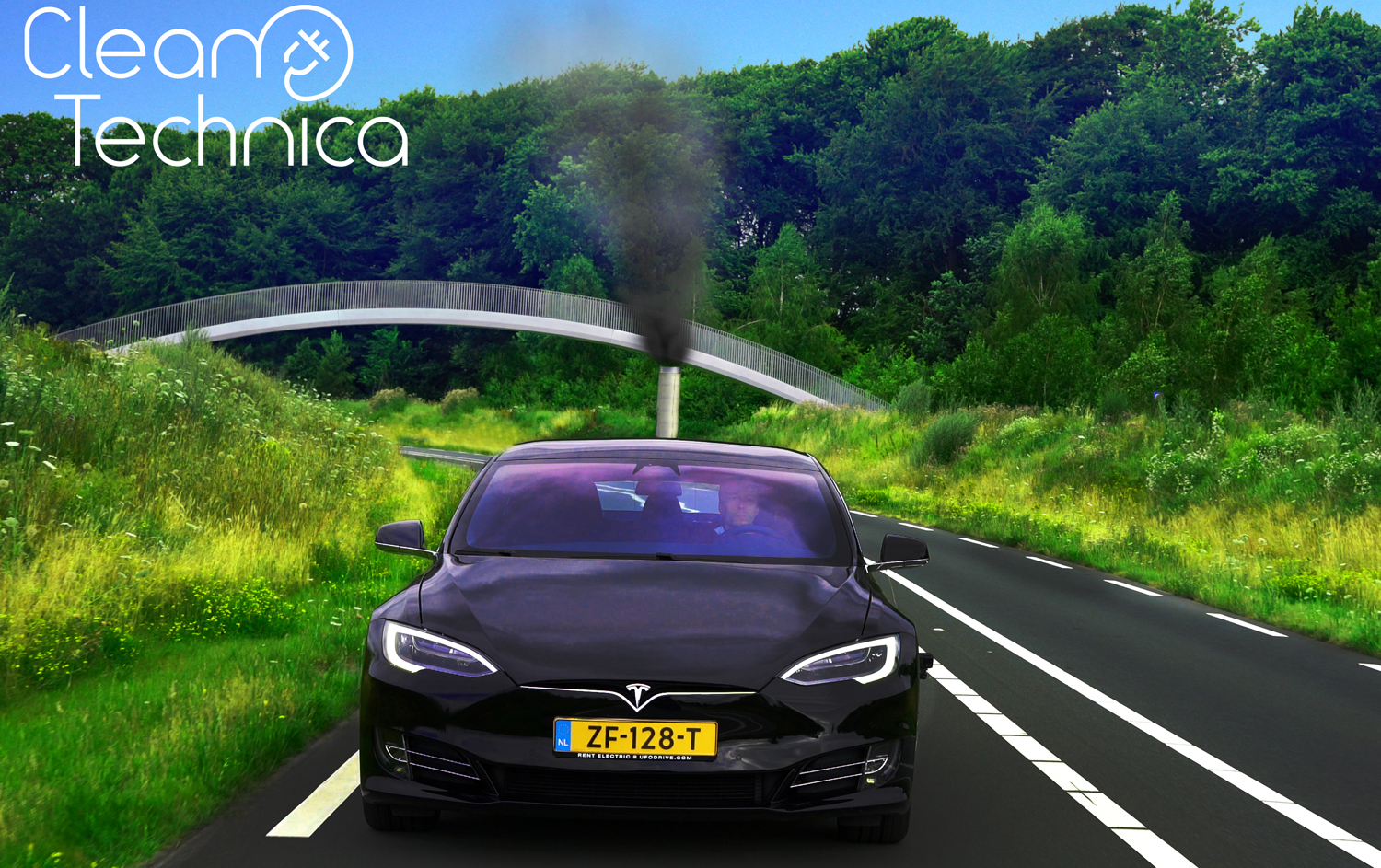 Is there pollution from EVs?

This question gets asked a lot: “Is it true that a Tesla creates more pollution than a conventional car?” It is often asked without any real interest in the answer, but more as a statement that this might be a possibility. It is part of the propaganda against electric vehicles (EVs), and all things green in general. The question is like a fishing expedition: The hook is cast. The intended catch is negative thoughts in people’s minds, and  hundreds of negative answers by all those antagonistic to EVs and any measures to combat climate change.

I have seen this same question asked many times, in different forms. The arguments are partly that, because of the battery, an EV produces more emissions in manufacturing than an internal combustion engine (ICE) car, and that because the power station runs on coal, the pollution is just being shifted from the tailpipe to the smoke stack.

As far as the manufacturing side goes, when comparing a new EV with a new ICEV in terms of the pollution and CO2 produced in providing the car, some factors are commonly missed.

1. Each US gallon of fuel put into the tank of an ICE car produces at least 5 lb of CO2 before it is burned. (It also produces 20 lb of CO2 when actually burned in addition to the noxious pollution affecting everyone’s health in towns and cities, but that is another matter). An empty metal fuel tank is obviously going to involve less manufacturing than an entire complex battery pack, but an empty tank is useless in itself. Over the lifetime of the car, thousands of gallons of fuel will have to be extracted, refined, transported, and finally pumped into the car, and doing all of that produces huge quantities of CO2 and uses huge amounts of energy. That does not even count billions of litres of methane either released or burned off at the wells. Electricity, in comparison, is transported by wires, not diesel-powered tankers, and if we get on with the job, we can produce all of our electricity without burning fossil fuels at all. Once the carbon footprint of providing lifetime fuel is taken into account, the ICEV has a much greater carbon footprint than an EV, before it is ever used.

3. The only thing that could make an EV responsible for more CO2 during manufacturing is the battery. The motor and simple drivetrain will take a lot less than an engine and gear box in an ICEV. The EV battery is not simply scrap materials when it finally parts company with the car. It will be down to 80% or less of its original capacity, but it can be repurposed for electrical storage for another 20 years or so if not recycled. The pack can also be broken up and the good modules retrieved and reused to make refurbished battery packs. Conversely, the pack can be refurbished by replacing the dead cells or modules. Finally, over 90% of a Li-ion cell is recyclable. So, the energy in creating the pack is never simply expended, as all of the negative comparisons try to maintain, but the mythical assumption lives on.

Another argument is that, because your local power station may run on coal, the pollution is just being shifted from the tailpipe to the smoke stack. This is equally fallacious.

This is because a power station is much more efficient than a small ICE in a car in converting fuel to any end product. The electric motors in an EV are 3 times as efficient as an ICE in converting energy to forward movement. The emissions from a power station are more controllable than those from thousands of private cars, and are normally emitted outside the city, not in city streets.

ICE cars produce about 20 lb of CO2 for every gallon of fuel burned in the engine, and they also produce particulates and NOx. They pump out all manner of toxic pollutants into the air people are breathing in cities, and are a serious health hazard. When people use some giant, gas-guzzling pickup truck to take a ride to the local store for a bag of groceries, the emissions probably weigh more than the groceries.

Almost anyone with the discrimination to buy an electric car will naturally want to run it off 100% renewable energy. Also, it is the case that charging network providers include in their publicity that they provide 100% renewable electricity. That is a major selling point for their network of early users.

We need to move electricity generation to 100% renewables, and also move to all-electric homes and transport. Considerations of what advantages might or might not exist in the interim are not particularly relevant. We just need to get there as soon as possible. Most nations are moving away from coal, are using less polluting and more efficient gas in the interim, and are building renewable energy plants at a steady rate. Even if it wasn’t an entirely fallacious argument that all the pollution is moved from the tailpipe to the smoke stack, the solution would be to stop generating electricity from dirty coal (and no, there is no such thing as “clean” coal) for transportation.

All ICE vehicles need to be taken off the road and replaced by electric as soon as possible.

All fossil-fuelled power stations need to be replaced by a new generation from renewable energy very soon.

For further reading, here is an independent report showing that an EV will always be a cleaner alternative to an ICE car.

Don't want to miss a cleantech story? Sign up for daily news updates from CleanTechnica on email. Or follow us on Google News! Have a tip for CleanTechnica, want to advertise, or want to suggest a guest for our CleanTech Talk podcast? Contact us here.
In this article:EV batteries, EV pollution, greenhouse gases, Pollution, Tesla