Both mayors allege that the islands are facing devastating effects of climate change, and because the fossil fuel companies knew about the damage incurred by burning of fossil fuels decades ago, the oil companies should be liable for costs incurred within the islands for both past and future damage.

Both of these lawsuits will need approval from the respective city councils. On Oahu, the island is governed by the Honolulu City Council, and on Maui, the Maui City Council includes representatives from the islands Molokai and Lanai.

“This lawsuit is about accountability. Fossil fuel companies knew — their own experts warned them — about the potentially ‘severe’ or ‘catastrophic’ effects of doing business as usual, and the damage that could be caused by producing, marketing and selling their products. [We] can no longer allow fossil fuel companies to shift the cost of paying for the effects of sea level rise and climate change to our taxpayers.”

Much of the damage from climate change is seen in higher tides, which wash over main thoroughfares for both locals and tourists, and he cites recent wildfires on Maui and direct outcomes of climate change. HPR explains, “According to the University of Hawaii Sea Grant Program, the mayor said, West Maui is most at risk of economic loss from sea level rise damage to structures and land. The potential damage was estimated at $1.9 billion. Other areas facing dollar losses include Kihei-Makena ($980.8 million), Wailuku-Kahului ($289.8 million), and Molokai ($284.8 million).”

City and County of Honolulu Follows with Fossil Fuel Lawsuit

On Oahu, where I have lived for almost 20 years, every day I can see the damage the rising sea level has already had on our shores. My favorite surf break in Waikiki has almost no sand left at high tide; in recent years we’ve seen an increase in frequency and size of “King Tides” — the highest of high tides — often during the full moon or new moon of the summer months. We’ve had record heat this year, along with a more active hurricane season (though, luckily, we’ve been spared a hurricane landing).

With rising seas crashing in the background of the famous Waikiki beach, Mayor Kirk Caldwell hosted a press conference on November 5 to announce Honolulu’s lawsuit. In the press conference, Caldwell explained that this lawsuit looks at the real impacts on people and infrastructure:

“For over 50 years big oil — the Exxons, the Mobils, the BPs — they knew about these impacts. They had studies done. They had evidence [showing] that what they were doing in producing oil and emitting carbons up into the atmosphere [would] affect the climate dramatically and raise level of seas. They knew, and they covered it up with disinformation [so that] action would not be taken, and today is about some of that action being taken.”

Caldwell reviewed some of the other reasons for filing, including looking at some of the massive costs of rebuilding infrastructure around the island. “Our intention is to file a lawsuit against big oil, because instead of fulfilling their obligations, they looked to create confusion to minimize their response and the impact. They deceived the public, policy makers, and the media,” Caldwell says. Just like Big Tobacco, Big Oil needs to pay for the damages to mitigate the impact of our climate crisis.

For the Honolulu lawsuit, there are two resolutions. One is to approve the lawsuit which was introduced in front of Honolulu City Council on November 12. The second resolution is to retain a special deputy (US mainland) corporation counsel who has been filing similar lawsuits for other cities in the US.

Ron Menor, District 9 Council member, spoke after Mayor Caldwell, and he agreed with the mayor, stating that fossil fuel corporations can and should be held accountable for their part in the crisis, and for not divulging problems with fossil fuels. Following Menor, Josh Stanbro, Executive Director of the Honolulu Office of Climate Change, Sustainability and Resiliency, said that “we’re not going to rollover,” and that companies need to pay for the aftermath and show accountability.

“Polling [shows] that Hawaii residents, and Oahu residents in particular, are strongly in support of holding fossil fuel companies accountable. Sixty-four percent of residents [on Oahu] support holding [fossil fuel companies] accountable” for the effects of climate change here in the islands. In the question and answer session, it was asked whether the lawsuit would include both past and future damages, and the mayor agreed yes, it would be both.

Mayor Caldwell also noted that this has been a big conversation among the Council of Mayors, a group that brings together the mayors of the state (Oahu, Maui, Kauai, and Big Island/Hawaii). Caldwell said that he hopes that by seeing Maui and Oahu step up, Kauai and Hawaii Island mayors will be inspired to do the same for their islands.

Some of the other cities and states that have filed climate action lawsuits against fossil fuel companies include Boulder, Colorado, Rhode Island, Richmond, California, and New York City.

Watch the full live press conference on Facebook (conference starts at about 00:14):

There is SO much happening here in the middle of the Pacific! Last week I wrote about the momentous plastic ban that’s (still) moving through Honolulu City Council, and there are also massive protests about development on Mauna Kea (Big Island) — the protectors have been there for more than 100 days, in winter weather (it’s at 13,000 feet, after all). There are also massive protests against a wind farm happening on Oahu. (Stay tuned for more details about that!) 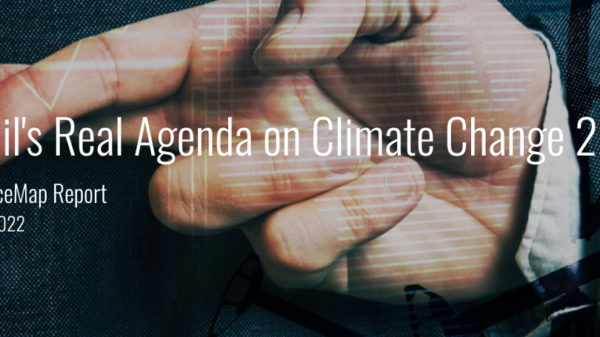