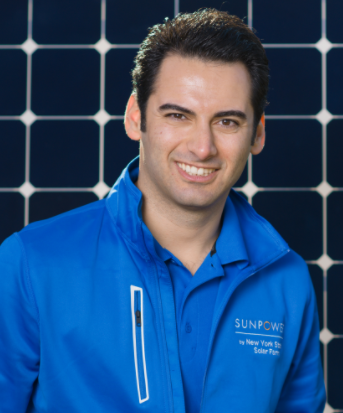 New York state resident Anthony Sicari has a home solar power and energy storage system that he used to power his home “off- grid” for 33 days. That’s a bit more than one month of electricity self-generation, Tesla Powerwall battery storage, and consumption. To be extra clear, the home only used electricity from the solar panel & battery combination during that period, none from the utility.

Anthony made quite a few YouTube videos documenting his solar self-consumption and energy storage experiences, sharing many details about how the batteries were performing, how much electricity the solar was generating, and what concerns arose along the way.

Videos like these explain aspects of the technology and how they work together from a homeowner’s perspective, not using overly technical jargon. Sicari provided some more details in this interview for CleanTechnica.

What inspired you to get a home solar power system?

I started New York State Solar Farm (NYSSF) 10 years ago, serving the Hudson Valley in NY. Our niche was helping homeowners that were thrown to the side or disqualified by other companies because of shading, metal roofs, structural issues, credit, or whatever other limiting factors they had. We spent a lot of time trying to understand what customers’ needs really were, and figuring out how to develop custom solar solutions for every homeowner, even those with the least ideal circumstances.

With every conversation the customer always assumed: “So when the power goes out the system will still power my home, right?” And then we had to do the usual let down: “No, this is a grid-tied system, it only works when the grid works.” That really frustrated me, and as soon as Tesla batteries became a viable option, I wanted to install them in conjunction with solar at my new home to determine for myself if we could truly solve this eternal issue for our customers.

Where is your solar system located, why did you choose SunPower panels, and which panels did you get?

My system is located on my home in Newburgh, NY, and I went with the 360-watt X Series SunPower panels.

To be 100% transparent, we sell SunPower panels at my company. Being in the industry, I could have used any product available on the market. But I put SunPower on my home for the same reason I sell it at NYSSF. SunPower truly is the best of the best in terms of power, efficiency, technology, warranty, aesthetics, etc., and that is why I choose it for my home that I plan to stay in for a long time, and for my family.

SunPower panels are also ideal for integration with the Tesla Powerwall 2.

When I first started to dip my toe into the energy storage market, I looked to Hawaii’s Eco Solar for help, as they have installed more battery systems than any other small company I know, but they also did so without ever wavering on quality, and, like us, they always put their customers first.

When net metering ended in Hawaii and customers could no longer “roll over” their extra solar production, they had no choice but to find the best storage solution for their market. Ben and Mike at Eco Solar stated that Elon Musk and the generation 1 and 2 Powerwalls single-handedly saved the Hawaii solar market. So, I looked to them for support on system configurations. I learned that when going with storage you need a very high efficiency panel to support the batteries in grid outage situations.

A good example of this is the Solar Impulse, the solar plane flown around the world. The panels used on the wings of this plane were SunPower panels because of their record-breaking efficiency. As I’m sure you can imagine, every little bit of power was needed for that trip around the world. Similar to your home in a blackout situation, this becomes very important. I witnessed this first hand one night when the energy stored in my system almost depleted, but because of the SunPower panels still having produced kWh in the terrible weather that day, I was able to complete the 30-day Living Off the Grid Challenge I had set forth on. Without SunPower panels I could not have done so.

What is the capacity of your home solar system?

Did you get the Tesla Powerwalls at the same time, or after the solar?

Yes, this system was all installed at the same time. We documented the process in some of the video links below. We designed the solar system and the storage system to work seamlessly together. I am sure everyone says that, though. We design our systems differently than most, because we have a focus on when the power goes out, we want you to sustain as long as possible to the point of not even knowing the grid is down. This is not something that is possible on every home, and it takes careful design and coordination by our electrical engineers. Even where this is not possible, in designing our systems we ensure all of the critical loads of the home are at least backed up.

What is the capacity of your energy storage system and why did you choose Tesla?

My system has a capacity of 40.5 kWh of storage — that’s 3 Powerwalls x 13.5 kWh each. As I mentioned above, I chose Tesla because I knew Eco Solar had already done the grunt work to find the best of the best battery solution. I knew there was no other company who would know this better than they would.

In your videos, you mention you wanted to maintain normal electricity consumption, instead of going into conservation mode.

Yes, my goal was to use everything in the home that we would normally use without changing our daily routines. Washer, dryer, fridge, TVs, air conditioning, and heating with heat pumps and mini splits. Some days my wife would ask me, “Are we still off the grid?” It was pretty amazing to do this with all the modern amenities.

Why did you choose that approach?

I used this approach to prove how amazing the technology that we have is, and I feel this is the beginning of something really special. Similar to when everyone went from landlines to cell phones, I think we have finally come to a point where this will become the norm without people having to make great sacrifices, and I believe in the coming years all new homes will be built this way.

How many days and nights were you able to operate your home using solar and the Powerwalls?

My total duration on only solar and Powerwalls was 33 days and 4 minutes. I have not seen anyone go longer yet but I know this has sparked a lot of interest. In the comments in my videos people wanted to try this test out on their systems.

How much more energy conscious are you now having used the power generation and energy storage analytics with your system, compared to before you got your system?

The beautiful part about this process is that it does make you look at the numbers and make much smarter energy decisions. But the flip side of that is I know through this testing that I did a great job designing the system I have built to take care of all my energy needs. I will likely never need to buy power from the utility again, and in the event they have an outage it does not affect us.

On peak days, with full sunshine, about how much electricity does your solar system produce? Same question for the overcast and gloomy days.

On peak sunny days we produced over 40 kWh, and on gloomy days as little as 4 kWh.

Do you also have an EV or will you consider getting one?

That’s a funny story, I owned a Tesla for a short time (24 hours) but in the end I had to send it back because it didn’t have the Supercharging capability that we thought it had. I made a video on this story — it was quite the experience. I do plan on getting an EV soon. I am excited to see the release of the Tesla truck later this month. Most likely I will get the Model 3.