Welcome to the next issue of China x Cleantech, our August 2019 edition. For our full China × Cleantech history, stroll over to the “Future Trends” section of our website. For the July edition, click here.

Jose Pontes reported on the July sales of plug-in electric vehicles (PEVs) in China for CleanTechnica. In the report, he noted that the Chinese plug-in electric vehicle market has declined compared to the previous month’s surge due to the incentives for sub-250km new energy vehicles being eliminated and those for the higher range being halved. There were 70,000 registrations in total in July, which was down 7% year over year (YoY), but Jose added the important context that the mainstream market was falling by 4% YoY, which pushed the July PEV market share to 4.6%. Jose also concluded that the reduction in subsidies would create a less subsidy-dependent market and will be good for the Chinese market in the long term. Tesla’s relentless push to make the world sustainable keeps going. There were a couple of highlights from China in July. Steve Hanley reported on the news that Tesla has selected LG Chem as one of its suppliers for the Chinese Model 3 that is to be built at Tesla Gigafactory 3 in Shanghai, China.

The article also notes that CATL is still in negotiations with Tesla. Further, Steve goes into some of the political considerations around this news, which are interesting in this time of the Trump trade war.

Kyle Field wrote up the news that a video showing the inside of Tesla Gigafactory 3 in Shanghai had surfaced online. The video shows production equipment on its general assembly line. It’s a better view than the fuzzy pictures Tesla shared in its last shareholder letter.

Steve Hanley summarized a short history of China’s recent trade dispute with the USA and then reported on the news that the Shanghai Free Trade Zone will be expanded and this expansion will include the area in which the Tesla Gigafactory 3 is located. He goes over a number of details and mentions that the final decision will be made by the end of July.

Unexpected but welcome news in August was that Tesla vehicles were put onto the list of tax-exempted vehicles in China. Tesla also increased the price of the vehicles a bit, but not as much as the tax exemption helps buyers.

The purchase tax on vehicles in China is 10%, but new energy vehicles can qualify for an exemption. The Model S, Model X, and Model 3 now have this exemption.

Josh Gabbatiss at Carbon Brief wrote about a report that claims that solar is cheaper than grid electricity in every Chinese city.

Projects developed in these cities can be built without subsidy and still cost less than grid power.

Josh goes into detail about the market and what this means.

Steve Hanley reported on the news that General Motors plans to create an electric Chevy Menlo crossover based on the Bolt. The electric Chevy Menlo Crossover will debut in China first, probably because of the EV mandate China has, which is forcing companies to offer and sell more electric vehicles. For all the details and pictures, read the full article.

Production Of The Polestar 1 Begins At New Chengdu Manufacturing Plant Kyle Field reported on the news that Volvo has started production of the plug-in hybrid Polestar 1 in its new factory in Chengdu, China. The first deliveries of the Polestar 1 will be to Chinese customers, but Polestar aims to export them soon. Though, only 500 will be produced per year for a total of 3 years. eHang Wants To Start An eVTOL Service In Guangzhou Soon Nicholas Zart wrote about how eHang, a Chinese eVTOL startup from Guangzhou, China, is planning on providing electric air taxi service in Guangzhou by the end of 2019. That’s soon! Politics gets into everything and impacts our future in countless ways. Read below for more insight on recent political topics in China.

The Geopolitical Challenges Of Electric Vehicles

Todd Medema wrote about the geopolitical challenges that electric vehicles are facing as they replace traditional vehicles. These political challenges are: Getting the resources, incumbent industry resistance, and getting support to fight climate change. 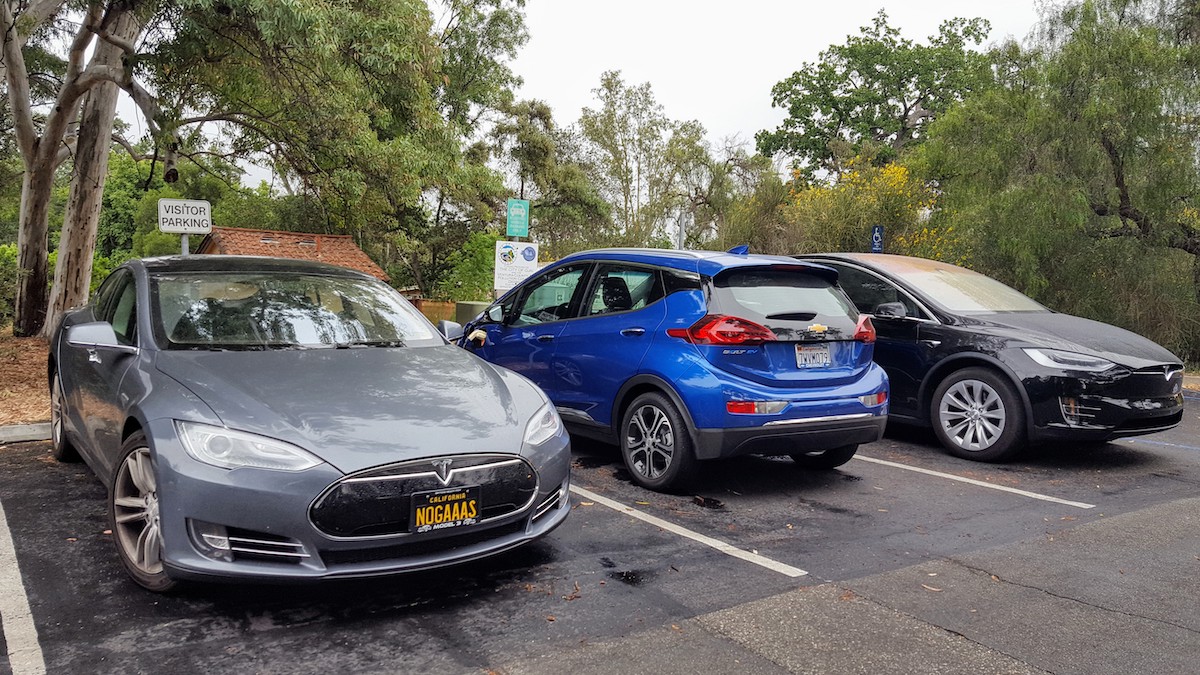 China comes up in the rare-earth part of the “getting the resources challenge” due to dominance in the resource production and processing market. Although this question of geopolitical challenges also applies generally to China as it transitions its vehicles to electric propulsion.

Seeking An Alternative To China (Per Today’s Imperial Order)

Jennifer Sensiba wrote a comical article on the comical president of the United States of America recently tweeting infamously about China. She provided a number of alternatives to buying products from “China,” such as 中国, the Middle Kingdom, and many more. In doing so, she included a small but good Chinese lesson.

China Is Leading The World To An Electric Future: 4 Takeaways From My Recent Visit

Heather Hochrein offered her insights about China leading the way to an electric future after she recently visited Chengdu, China, for the first Energy Internet Innovation and Entrepreneurship Summit (EIIES). In the article, she gives a short summary of the history of the Chinese electric vehicle market’s rise, and then goes into her takeaways. Those takeaways are: China’s State Grid is building the world’s largest charging network, electric buses are the best buses, curbside DC fast charging enables easy adoption of electric taxis, battery swapping is actually a thing in China.