This is the final part in a series of articles about a road trip from Poland to Sicily and back in a Nissan e-NV200 electric van, accompanied by a gang of non-electric motorcyclists. Translations by Jacek Fior. After saying goodbye to Sicily, things started moving more dynamically. (As usual when returning, right?) It’s all about the focus and we had that focus on our return home after we left Pisa. Driving along motorways, we zipped past Florence, Boulogne, and Venice, only stopping for charging and meals (still Italian food). A scenic view in Northern Italy. The Nissan e-NV200 is charging at an Enel EVA+ charging station.

We weren’t particularly lucky with the weather throughout the trip — we were enjoying another rainy day and yet some of the views were still simply breathtaking. The thing is, EVs are not really fond of low temperatures and rain, and here we were in the middle of supposedly sunny Italy at 6 degrees Celsius and under heavy rainfall. Somehow, against all adversities, our e-NV200 did truly great carrying all the baggage and food for the whole pack of adventurers (including the ICE bikers), plus the bloody 250-kilogram broken motorbike, which made its first ever zero-emission trip of 4000 km. 😉 On that day, we did 750 km in total and arrived at the hotel in Graz, Austria, right before midnight (which apparently became a custom during the trip). Thanks to a friendly Chinese receptionist, we managed to lower a charging cable from the balcony and add a few kilowatts to our EV overnight.

On our last day, we set off as early as 8:00 am. One goal was to make it to Łódź, and to collect on the way a larger EV, a Nissan Voltia – a version of e-NV200 that is expanded into 8m3 total cargo space. We didn’t know then that the weather in Austria was to be even worse than in Italy. After we drove past Vienna and turned towards Bratislava, it started pouring with rain, which changed into a snowfall just afterward and cooled us down with a friendly 0 degrees Celsius. Oh, what fun it was to ride on slushy roads…

Our May picnic trip turned into a winter survival race and a real test for the EV range. Struggling through this awful weather, we crossed the Slovakian border and for the first time in 9 days we could use a GreenWay charger, this time in Bratislava. We picked up the Nissan Voltia from Bratislava and now in a team of two EVs we started climbing the Carpathian Mountains in heavy rain. As Voltia is about 15% larger than the regular e-NV200, it uses more energy — in the cold weather, we could count on a maximum 150 km (93 mi) of range. Nissan e-NV200 next to a larger Voltia electric van near the Slovakia–Poland border..

We finally crossed the Polish border in the evening. Our first charging of two EVs was done on Tauron chargers (Tauron is a Polish energy company) in Katowice and at a Nissan dealership in Sosnowiec. After that, all the way to Łódź, we relied on our trusted GreenWay chargers and we arrived home at 3:00 at night. In a nutshell: the Nissan e-NV200 showed that we covered 5637 km (3503 miles) in 10 days (excluding the trip to Warsaw the following day to drop off the car). If it hadn’t been for the broken motorbike and miserable weather, we would have done much more. The e-NV200 proved to be a reliable partner offering a lot of cargo space. The EVs available on the market today let you travel conveniently far beyond the city – tourist trails of going from city to city, country to country, work well for EVs.

The network of fast chargers in Poland and Europe is so well developed now that we normally have a few charging points to choose from. The only blank spots in charging infrastructure were in southern Sicily. As the route we planned was so long, we sometimes had to compromise and miss some tourist attractions, and probably didn’t see all the interesting landmarks. I still think you can plan an EV holiday like ours with stopovers every 300–400 km, instead of 600 km like us, and then without any compromises see what you like and enjoy traveling without pipe emissions. And EVs are fun. 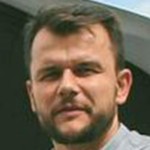