What’s the ROI (return on investment) for filling a gas car? None, zero! You pay from the moment you sign on the dotted line — engine repairs, routine maintenance, gas, gas, and gas. Did I mention gas? Automakers love you, auto dealers love you, repair shops love you, and the fossil fuel industry loves you. Why not? You’re constantly at their doors with your wallet open.

Many studies showing the cost of owning an electric vehicle (EV) as opposed to a fossil fuel vehicle (FFV) are distorted and biased toward FFVs, as we’ve simply been programmed to think from a FFV perspective. This is by design, just like the skillful manipulation that has people pulling up to the pump without thinking about what’s going on and how devastating it is to them and the environment. The technological advantages and power of EVs when combined with renewables should not be underestimated or overlooked when we compare different propulsion systems.

You can never drive a gas car for the cost of driving an EV. You will always be tethered to the pump, but you will always have the option of paying very little to nothing for the energy to drive an EV. An unfair comparison? When we list the benefits of driving both cars, automakers are quick to point out how fast a gas car can be refilled, so if that’s a benefit of gas cars then surely being able to charge an EV from your own power is a benefit of electric cars. Combining EVs and renewables forms a bond that gas cars can not compete with and as technology improves, as it has done and will keep on doing, this will only get better. As charging rates continue to go up, the line between filling a gas car and charging an EV will vanish, and we are already starting to seeing this.

I’ve written at length about the crippling pollution and cost of the ICE (internal combustion engine): “The Massive Cost & Burden To Society & The Environment Of The Internal Combustion Engine (ICE).”

Every study comparing EVs and ICE-powered vehicles should include these costs, as merely comparing cost per mile from the perspective of gas cost to electrical fees is skewed in the favor of ICEs.

EVs linked to a world powered by renewables is now emerging as the 21st century’s power. Gone are the days when the FF industry scoffed at renewables being 1% of the grid’s power.

“The capacity of renewable energy has overtaken that of fossil fuels in the UK for the first time, in a milestone that experts said would have been unthinkable a few years ago.

“In the past five years, the amount of renewable capacity has tripled while fossil fuels’ has fallen by one-third, as power stations reached the end of their life or became uneconomic.” — The Guardian

When I said years ago that any industrial nation that hopes to compete on the world stage in the 21st century must aggressively adopt renewable energy, I was laughed at. No one is laughing now, but I’m getting ahead of myself.

EVs combined with renewables paint a different picture from the over simplification of gas miles versus electrical miles. EVs have the option of utilizing renewables that FF just can’t compete with. No one is putting oil extraction and refining equipment in their backyards, it would be silly. Solar panels on your roof? That’s another story, and when you do that, you shut off the pump and that’s your goal, you want to cut off every corporation that you open your wallet to on a continuing basis. When we invest in renewables on a personal level, or when communities invest in renewables on a group level, we are capable of reaching a point that closes the door on groups supplying us something we can’t refuse, whether it is gas and routine maintenance for our car or the electricity for lighting our homes. It’s time to develop new models for the 21st century, time to rethink how we save money and invest it. The momentum of this thinking is already happening as communities move to renewables from group buys.

When we think about EVs, this is how we should think about them. EVs have a technological richness that goes beyond the ICE. Take my situation, for example. About 12 or 13 years ago, while I still owned a gas car, I started building my PV (photovoltaic) system and continued to add modules as I could afford them. I kept building over the years and also searched out a grant to supplement my original system with and intertie system. Once I got to the point that I was making enough power, and EVs started coming out with ranges over 200 miles, I dumped the gas car for an EV. What I have today is a house and a car that both are powered from renewables.

We can talk about ROI, but there’s no ICE to compare my ROI to, there is no ROI on filling your car with gas. After 9 or 10 years, the PV was paid off and now I’m sitting in my office, the sun is out, and I’m making money with my car fully charged. The FF monkey is off my back, repair shops, routine maintenance, brake jobs, engine check lights — all gone forever. It’s cost me a whopping $60 or $70 to power, drive, and maintain my EV for the last couple of years, that’s everything, including charging, inspections, repairs, etc., plus the time, pollution, and energy going and coming from gas stations — gone. If you subtract from that my negative electric bill, I’m actually making money and my house is powered for free to boot.

The author’s EV and one of his PV systems

How many people drive over 200 miles a day, everyday?  Not many, according to a survey by AAA:

The number of times I go over 300 miles in a day is very few to none. Okay, we’re older and we don’t travel as much as some people, but the myth that people drive extended distances everyday is FF fodder, along with the nonsense about burning out the grid with all the EVs charging.

Let’s take that one step further and look at the world dynamic. Right now the FF industry has massive influence over governments. Take US politicians receiving exorbitant amounts of lobby money:

“Clearly this is a scam, but if you’re the oil, gas and coal industry, it’s legal and business as usual in Washington. For every $1 the industry spends on campaign contributions and lobbying in DC, it gets back $119 in subsidies.”

That FF money hurts everyone, as governments in democratic countries are supposed to work for the benefit of the people, not the benefit of the corporations. The cost of owning that gas car just went up, you support that lobby money and it directly hurts you, your family, and the environment immeasurably.

When we evaluate the cost of owning vehicles we have to level the playing field, and that means all the hidden costs. The cost of ocean acidification, the cost of higher cancer rates especially in high traffic areas, oil spills, and wars to protect corporate interests too. What, you thought the Iraq war was about 9/11?

“It has been 10 years since Operation Iraqi Freedom’s bombs first landed in Baghdad. And while most of the U.S.-led coalition forces have long since gone, Western oil companies are only getting started.
“Before the 2003 invasion, Iraq’s domestic oil industry was fully nationalized and closed to Western oil companies. A decade of war later, it is largely privatized and utterly dominated by foreign firms.” — CNN

The coal industry is losing ground regardless what the Trump administration would have anyone believe. It’s old technology and can’t keep up. Sure natural gas helped in its demise, but the real force was cheap, clean, and safe renewables, and those same renewables will end natural gas too despite the brave face Koch Industries puts on. The world is going renewable, and as each country utilizes more renewables the lobby power of FF will drop, along with their political domination. The new king will be renewables and while this will have some negative aspects (monetary power always does), several things will happen. The planet will be cleaner, wars to protect oil interests will diminish, and the political landscape will change, likely for the better once it’s relieved from divisive FF control. As much as groups will try to control it, no one owns the sun, and every individual on the planet gets to explore their own renewable opportunities, which is something that can never be said about FF. That’s a very powerful advantage which levels a playing field that has been cut off to the common man for over a century — think about that!
Each individual has the opportunity to do what I did and harvest their own energy. It won’t be a utopia, but oil’s stranglehold on the planet will be greatly reduced if not eliminated. How many of you remember when coal yielded so much power that the industry scoffed at cleaning up smoke stacks? They controlled the government and got away with it, but that’s gone, coal is gone, and oil & natural gas will be gone too. There will be a day when FF doesn’t have the funds to control people, and the lobby and contribution power they had will turn against them as politicians gain support from clean energy. Renewable energy diversifies wealth. If the cost of bread becomes inhibitive, we can make it at home. If the cost of energy becomes inhibitive, we can make that at home and in our community too!
Every time someone buys or leases an EV, fossil fuel’s stranglehold lessens. That’s the cost differentiation between EVs and ICEs. The individual benefit, as I am enjoying, is autonomy and the opportunity to have free electricity for cars and homes. EVs are thinking people’s cars, yes, and it takes planning and work, but we’ll have a better life and planet for it.
Now add all that up and you’ll get a real cost comparison between EVs and ICE vehicles.

Have a tip for CleanTechnica, want to advertise, or want to suggest a guest for our CleanTech Talk podcast? Contact us here.
In this article:electric car benefits, EV benefits 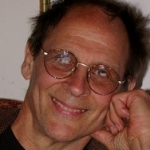 Courtesy of NRDC. By Max Baumhefner & Dylan Sullivan  With bipartisan support, Nevada’s legislature passed a bill that would help the state drive on cleaner, cheaper electricity....