In the United States, the falling cost of renewable energy means the economic case for investing in renewables is stronger than ever before. Across the country, from South Carolina to Nevada, states are taking new measures to harness wind and solar power. Since January, more than 10 state legislatures have enacted policies that encourage new renewable energy development.

In the United States, the falling cost of renewable energy means the economic case for investing in renewables is stronger than ever before. Across the country, from South Carolina to Nevada, states are taking new measures to harness wind and solar power. Since January, more than 10 state legislatures have enacted policies that encourage new renewable energy development. State action promoting a friendly market for renewables—whether through eliminating unnecessary price barriers or setting statewide clean energy goals—can make all the difference for adding more renewable energy on the grid. While a few states like California, Hawaii and Massachusetts have internationally recognized ambitious policies, there are many more taking significant, new steps at closing the policy gap that limits clean energy development. And this is happening in states beyond the established forerunners. Here are just a few of the states making gains:

Like many of its neighbors in the southeastern U.S., Arkansas has ample untapped solar potential. Though solar generation grew more than 500% last year, its nascent industry still ranks only 32nd nationally. This year, things are poised to scale up significantly: with the passage of the Solar Access Act in March, Arkansas became the latest state to allow third parties to finance solar developments, opening the door for buyers to develop new projects and boost employment for Arkansans.

The bipartisan Solar Access Act was passed by the state legislature with only a handful of dissenting votes, and had the backing of large and small businesses, as well as local environmental organizations. A major supporter was Arkansas-based Walmart, which has a goal of powering its operations with 50% renewable energy by 2025. The company recently signed contracts for 46 solar projects in five states, and is now set to harness the sun shining in its home state. 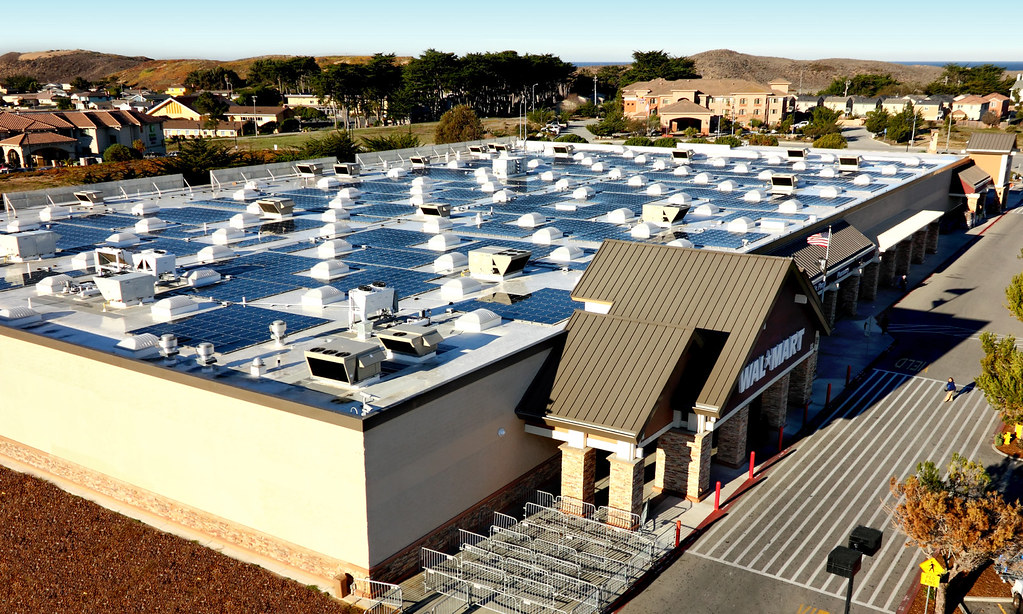 Arkansas-based Walmart supported a policy in the state to encourage solar developments. Photo by Walmart.

The Energy Freedom Act, expected to be signed by South Carolina’s governor, garnered strong support from not only both political parties, but also from utilities, as well as community members and solar advocates. The bill lifts caps on the number of homes that can install rooftop solar panels. It also enables new customers to lock in retail-rate net metering, which allows customers to get credits on their utility bills for excess electricity generated from solar installations on their property.

The policy also aims to help commercial and industrial consumers by allowing some large buyers to secure 10-year large-scale solar contracts with utilities. Longer contracts provide buyers less financial risk and cut down on the frequency of permitting processes. And as the solar market grows in South Carolina, it will likely drive demand for solar installers, the fastest growing occupation in the U.S.

Maine’s new governor Janet Mills was elected on a platform of putting Maine back on track towards a renewable future. Shortly after taking office, Mills abolished a moratorium on new onshore wind projects and has said she is eager to develop an offshore wind industry on the Maine coast, which has the highest offshore wind potential in the American Northeast.

Governor Mills has also replaced a gross net metering policy, a system that charged transmission and distribution fees on all electricity generated from rooftop solar panels, even if that power did not leave the building where it was generated. The new policy uses a standard net metering policy that incentivizes customers to install solar panels on their rooftops by compensating them for any unused electricity flowing into the grid.

Just a few weeks ago, Mills put forward legislation to set goals of sourcing 80% of the state’s energy from renewables by 2030, and 100% by 2050. While the bill has not yet been voted upon, it has already received bipartisan support and has a Republican lead sponsor in the state’s senate. Maine already gets 75% of its energyfrom hydroelectric dams, wind turbines and biomass, and these new policies could enable the state to develop a wind and solar market large enough to export power to other states.

Passed unanimously, across party lines on Earth Day, Nevada’s new energy bill mandates that the state generate 50% of its electricity from renewables by 2030 and signals that the Silver State isn’t content with its existing Renewable Portfolio Standard (RPS), which had called for 25% of the state’s energy portfolio come from renewable sources by 2025. Though its prior RPS helped Nevada foster the fourth largest solar market in the U.S., the new requirement means the state will need to develop additional renewable energy facilities, which the Nevada’s government believes could add up to 11,170 full-time jobs and $1.5 billion in economic activity. 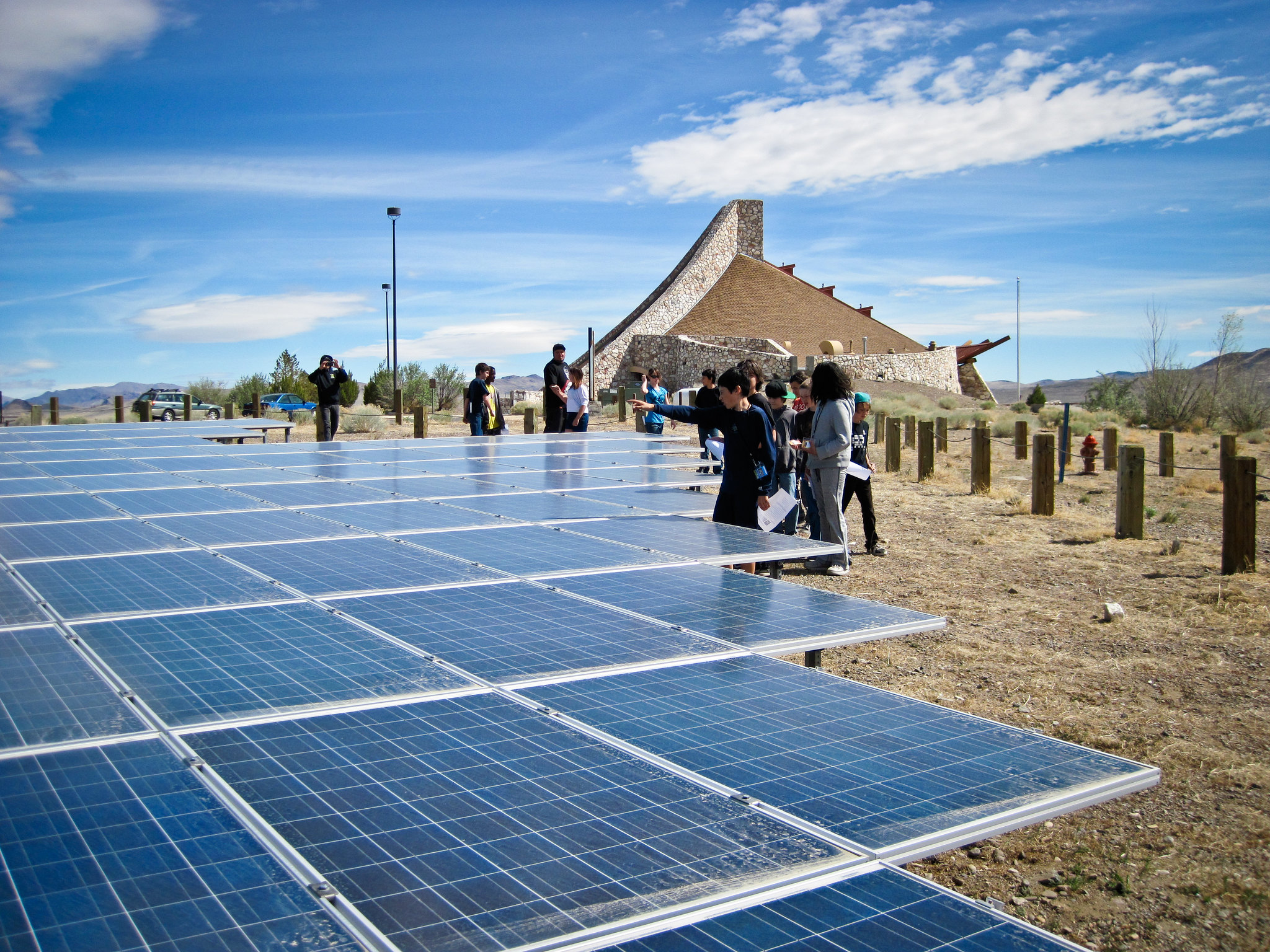 These states are not alone in removing barriers and creating incentives for renewable energy development this year. Legislators in Michigan, Illinois and Pennsylvania, all among the top ten U.S. emitters, are currently discussing policies that could make renewable energy options more competitive in their regional energy markets. By creating enabling environments at the state level, these policies empower cities, utilities, businesses and individuals to drive forward the clean energy revolution across the U.S. Originally published by NRDC, Expert Blog. By Simon Mui Nevada became the 16th state in the nation to adopt clean cars yesterday, after the Legislative Commission...