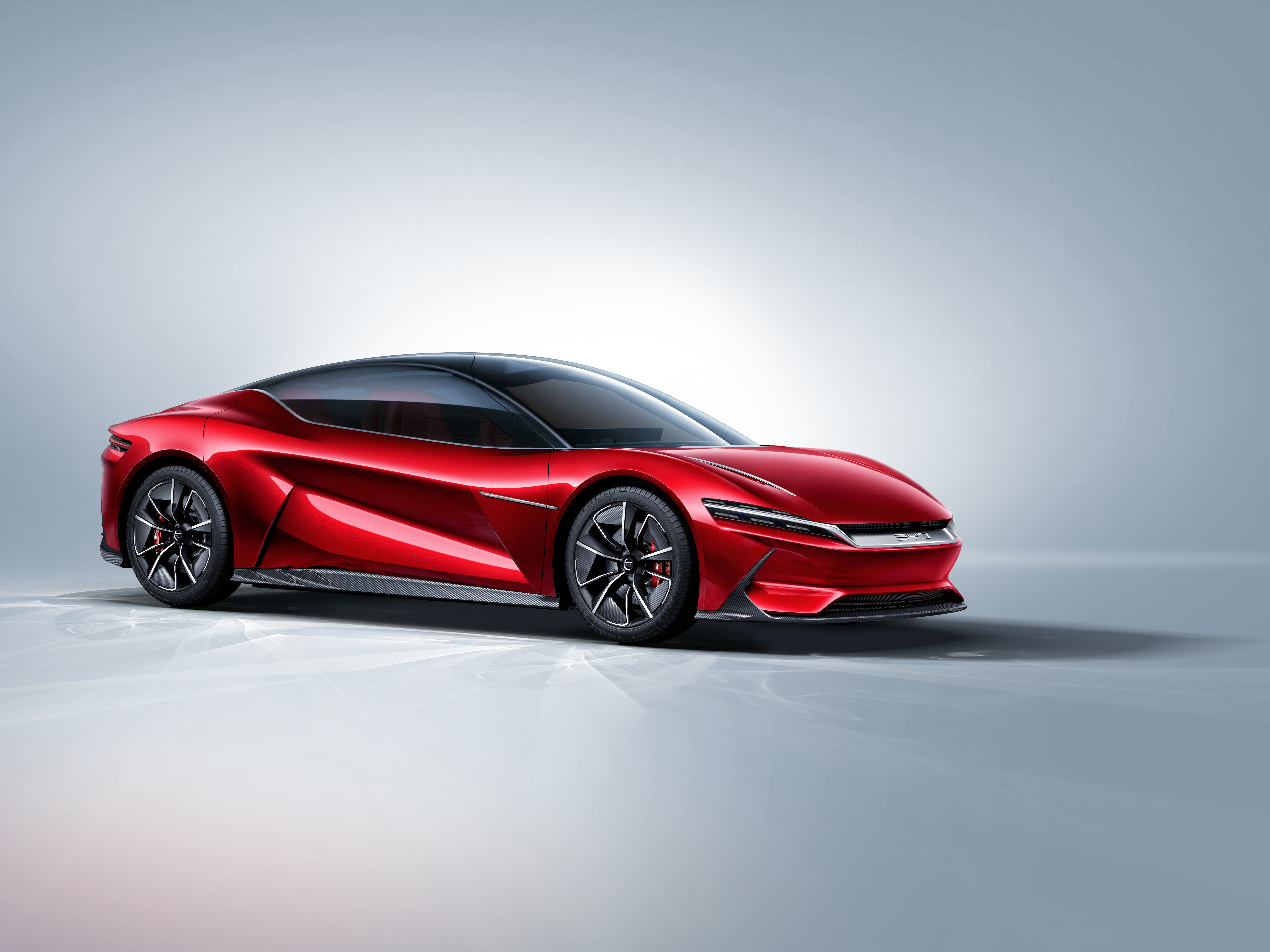 BYD exhibited 23 new car models at the 18th Shanghai International Automobile Industry Exhibition, simply called the 2019 Shanghai Auto Show by most. The most interesting of these new car models were the electric and hybrid vehicles. Previously, in 2018, BYD unveiled the E-SEED Concept SUV, which had a similar range estimate and gull-wing door design. E-SEED stands for “Electronic Sports Experience Environmental Device” and encapsulates the design ideas for high-end vehicles made by BYD. In terms of the powertrain for the E-SEED GT hybrid concept, BYD does not discuss the hybrid powertrain components (like battery size or engine), but the company did mention that it has a 600 km (373 mile) NEDC range and 0–100 km/h acceleration in 2.9 seconds. This is a concept, not a production car, but they say it’s close to mass production. This most likely means the “dragon story 2.0” design language will be included in upcoming hybrid and EV designs. BYD design is improving with each generation. This concept is no different. I think, as we move forward, BYD will drive itself and other Chinese automakers to raise the bar in terms of powertrain, range, and style of cars. Although I am seeing a trend of Chinese car companies hiring non-Chinese talent as key designers, I hope to see Chinese companies also develop their own design talent and create innovative designs from a new perspective.

I have personally seen the BYD Song Pro plug-in hybrid and its design is very impressive. The SUV has elegant lines that make its large size more fluid and charming. Its internal design is functional and its large size and powertrain design mean it has a good amount of internal room and cargo capacity. The BYD Song Pro MAX EV is a minivan/MPV-style SUV that is based on the plug-in hybrid BYD Song Pro MAX. It will seat 6–7 people. Battery capacity, range and pricing are unknown at the moment. BYD E2 is a smaller hatchback electric car and takes design cues from its more expensive and larger cousins in BYD’s lineup, as can be observed in the pictures, but details on its battery capacity, range, and prices are at present not available. BYD S2 is a compact crossover SUV, which looks like the BYD Yuan and seems to be a more economical version of this vehicle. It has 305 km (189 miles) NEDC cruising range. Pricing is not known at the moment. Many brands revealed and showed off cars at the 2019 Shanghai Auto Show, so check out the other coverage on CleanTechnica from the show. Nicolas Zart has more coming, and Sebastian Blanco wrote these two pieces: