Walking the massive convention center that houses Auto Shanghai 2019 (i.e., the Shanghai Auto Show) is a great way to get in your steps. The place is huge, taking up 5,400,000 square feet of exhibit space. There are cars and automotive-related companies displaying everything from the latest SUV to a new electric concept to a meal-delivery robot that takes its cues from R2-D2. It’s an overwhelming array of new technology, and then you realize that there are two floors.

Basically, what that all means is that this list of interesting concepts that I saw in Shanghai is not meant to be exhaustive. One person trying to cover everything is just not possible. But even without trying to cover everything, there was plenty of interest for anyone who enjoys learning about the latest in cleantech. Especially if you like your cleantech a little quirky sometimes. Take an old Toyota EQ, strip away Toyota’s outdated powertrain, and put in a lot of new technology and you get the Singulato iC3. Singulato is licensing the EQ platform (which you might remember was originally used in the Scion iQ and then in the Aston Martin Cygnet) from Toyota and put in a new, updated powertrain. This bumps the EV’s range from around 50 miles per charge to 186 miles.

Singulato CEO and co-founder Tiger Shen told me that he felt that, “the EQ’s layout is very good and the platform is very good,” it just needed to be updated with current technology. The company wants to start production in early 2021 and it may sell the iC3 for around $15,000, according to other reports. The main vehicle at the Icona booth was the Nucleus (pictured at top of article), a massive slab of the future on wheels that’s supposed to represent a possible way to build a Level 5 autonomous vehicle. But the Nucleus isn’t new, debuting at the Geneva Motor Show in 2018 and also making an appearance at the Los Angeles Auto Show last fall.

“What has happened in the meantime that is quite interesting is the fact that it has been influencing auto manufacturers to come up with other cars that have the same philosophy,” said Samuel Chuffart, Icona vice president and global design director. He pointed to the latest concept car from Renault that was shown at the Paris show last fall and the Volvo 360 as two examples that took ideas from the Nucleus. “They agree that this will be a rational and correct approach” to designing the cars of tomorrow, he said.

The fresh faces at the booth also have something to say about how things will move in the future. First up is an odd looking EV that’s designed for JD.com (a Chinese logistics delivery company similar to Amazon) to deliver packages. There is no room for passengers. The all-electric platform underneath the Level 4 autonomous vehicles come from Chery, Chuffart said. The JD prototype on display is the first one, but the company will build them and use them in China at some point in the near future.

The other new Icona device was an interior robot that’s meant to deliver meals to office workers who work for Meituan. “It is literally a robot,” Chuffart said, but not one that is meant to be intimidating in any way. “It’s more artistic. Not something that is too personal.”

Called the Meituan Autonomous Delivery, or MAD, the chest-high robot uses facial recognition to identify which of its three compartments holds your meal when it rolls up to your deck. Chuffart said that during brainstorming for the MAD, the team thought about Star Wars and realized that R2-D2 was a good starting point for designing a real-world robot, especially since Meituan is going to build 500 of them and put them to work.

“A robot can be what it is,” he said. “A very simple structure that communicates with you.” Wey is a sub-brand of Great Wall that focuses on SUVs. The all-electric concept the company was displaying in Shanghai is called the X, which has a ton of high-end tech like facial recognition and a screen instead of a grille. The car has a range of 710 kilometers (440 miles) on one charge and is designed for Level 5 autonomous driving. The exterior screens (there’s one above the back bumper) are meant to convey messages to nearby people so they know what the car is doing (like waiting for people in front to cross the road). The glass in the panoramic roof can change its transparency level, which is useful if you want to stare at the clouds while the car drives itself around.

Wey said it would be at the Frankfurt Motor Show in the fall to talk about its export plans, so anyone with a jones for the VV6 just might get their chance someday. There was no lack of electric SUVs in Shanghai, but only a few of them might someday find a home outside of China. Wey is one, but AiWays seems to be a step ahead. Alexander Klose, AiWay’s senior vice president of overseas business operations for AiWays, said the company has a plan to lease (not sell) the EV directly to customers in Europe and the US, but he did not give specifics. The car in question is the U5, which uses a 65 kWh battery to get a range of about 500 kilometers (310 miles) on the NEDC cycle. Klose said that AiWays thinks the real-world range will actually be longer, though, which is a departure from how things usually go.

Smaller batteries will be an option, Klose said, once more people realize that you don’t need a huge pack for daily driving. Klose said AiWays is getting ready to go into production with the U5 in September. 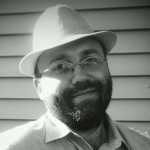