After numerous inquiries and a little bit of thought, we’ve decided it could make a lot of sense to expand our vision. Instead of trying to do everything ourselves in a limited region, we’ve decided to open up and stimulate such service elsewhere via a widespread, independent operator model that …

¤ offers a clear brand and easy-to-use system for other Tesla owners so that they can make some money on their cars when they are sitting unutilized (which is approximately 95% of the time).

For now, we will support people (you?) in North America, Europe, or Australia if you want to use our brand, website (country-specific websites are in development for non-EU countries), business and marketing materials, and learnings from one year of service and counting to make some money on the side or build a full-blown business. We’re not Uber, it’s important to emphasize. What we’re offering is more like an Airbnb service. Uber/Lyft works for regular use for many people because it’s for local, short trips that are generally spontaneous. It’s more or less like calling a taxi. Tesla Shuttle is aimed at longer, intercity trips that people generally plan in advance. If you are going to another city, you often book a flight and hotel (or Airbnb) in advance. Tesla Shuttle is similarly a booking-focused service for less common and more planned city-to-city trips.

That said, we have gotten a surprising amount of business from people just wanting airport pickups/drop-offs in a Tesla, a Tesla for special events, or a Tesla to use as a wedding car. So, there’s a lot of potential to make money on your Tesla in these ways as well, especially if people can easily find you through a global or national website that ranks near the top of Google for such searches (ahem).

We get requests from around the world after less than a year of operation because we have somehow developed a good ranking in Google for such searches. The more we develop services around the globe, the more this is going to be the case. Also, the more we develop via widely distributed independent operators (“Indies,” as we are calling them), the more people will find out that Tesla Shuttle is the place to go if they want a Tesla for an intercity trip, for an airport pickup or drop-off, or for an event anywhere in the world. (There’s a reason why Airbnb works so well for homeowners and travelers all over the globe.)

With very localized and regionalized service, especially at this stage of development, we have to emphasize that building a presence right now as a Tesla Shuttle Indie and stimulating significant weekly or daily revenue requires that operators do real, on-the-ground marketing. Just like most of us had no idea what Airbnb was in its early days, most people will have no idea you can book a ride in a Tesla going from one city to another or to get to/from the airport in cities around the world. So, to be completely up front, we expect that Indies who join our network at this stage can’t make a ton of money sitting back in their La-Z-Boy chairs and sipping pineapple juices. Some local/regional efforts at marketing will be needed to see significant cash flow. Additionally, as this is not a rental service (which is a simple model served well by others — like Turo and normal rental car companies), it requires that an Indie either be the driver or arrange for a driver for the shuttle trips. Now we’re getting into actual business operation and a genuine service for humans to comfortably and conveniently use. That’s extra sweat beyond putting your car on a website and letting people rent it, but that also means you’re adding value that many customers need and appreciate. We’re offering some special incentives for that extra sweat if you join our network early on, and at the end of the day, it is your own actual business that you’re building. Like a restaurant, the value is largely in the service you provide.

So, What Does A “Tesla Shuttle Indie” Get?

What we are providing include both soft resources and hard resources. Your routes are included on the Tesla Shuttle website and social media, you immediately get a brand to work with, and we can provide all sorts of advice and support based on our lessons learned. We also provide the physical branding materials — stickers for cars, business cards, brochures, and bubble gum if you want it.

Of course, as noted above, as the network grows, the idea is that you would also get easier and cheaper customer acquisition. And, naturally, we here at CleanTechnica will be happy to cover fun and interesting stories if you have them!

If you’re interested in more details, drop us a note. What About Tesla Network?

Some of you may be thinking, “Hey, if I want to make money on my Tesla, I’ll just put it in Tesla Network when that opens up.” I might want to do so too! However, we have no idea when Tesla will actually launch its Network carsharing service. (We don’t even know if that’s what it will be called.) We also don’t have a ton of detail on what it will allow and what the potential revenue will be.

I love Tesla and its vehicles — it’s one reason we at Tesla Shuttle set up our service! However, I also know Tesla vehicles are expensive and many people are looking for ways to bring in extra cash to make their purchases (or potential future purchases) worthwhile.

For now, it’s easy to join Tesla Shuttle as an Indie and start running your own business underneath the brand. And if you want to ditch us for Tesla Network in the future, no hard feelings and we won’t cry (maybe). 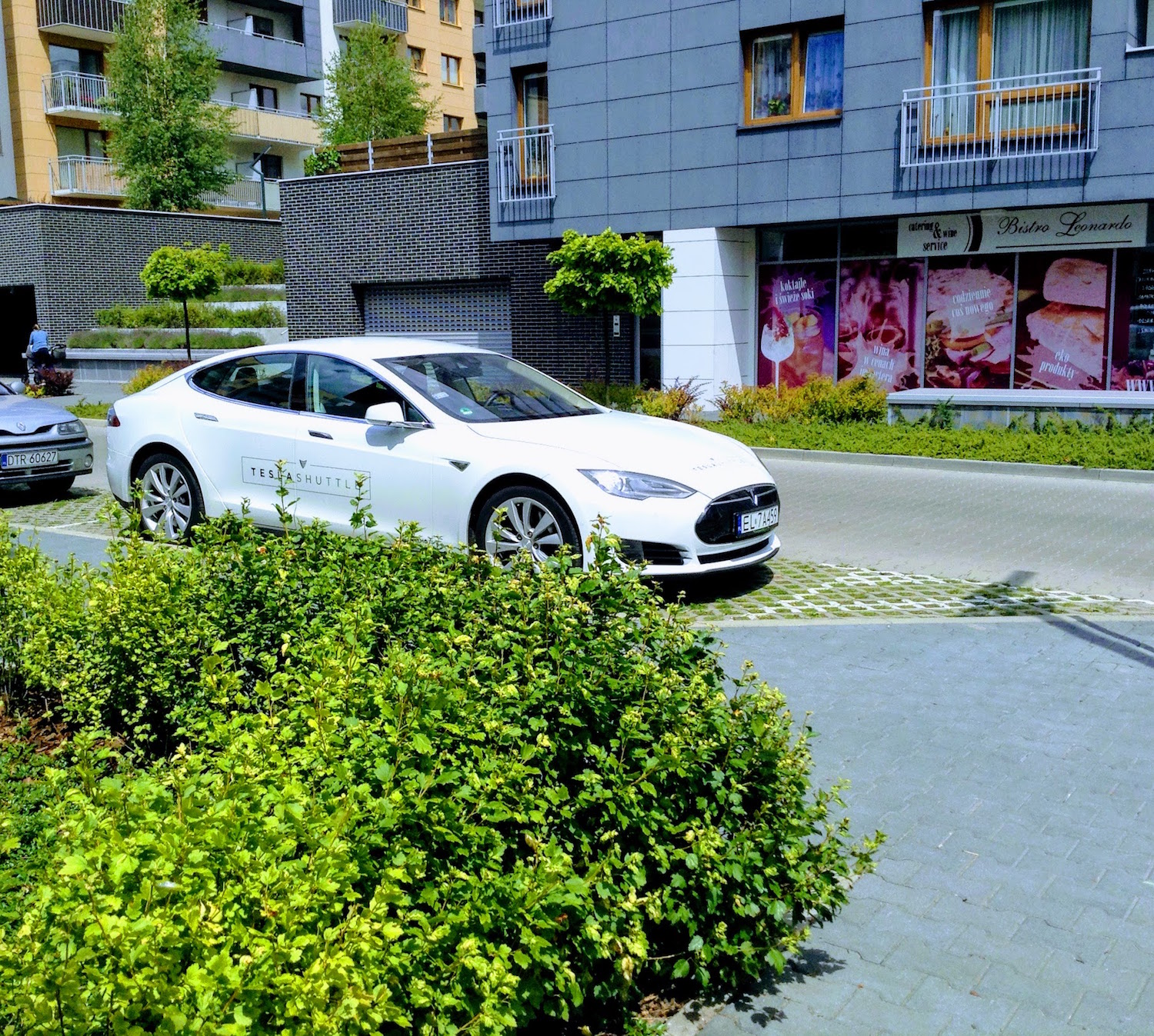