The Chinese market had more than 32,000 new electric cars zooming the streets last month, an 89% increase over the same month last year, with the annual growth rate now at 31%. The EV market share is firmly above the 1% barrier, at around 1.4%. As the year proceeds and sales expand, expect market share to rise above last year’s result (1.45%), maybe reaching north of 2% share, something the US is yet to do.

All this while 95% of the market continues to belong to domestic brands, and of the 5% left for foreign brands, 4% belong to Tesla, with the remaining 1% divided by all other automakers.

BAIC once again won the model and manufacturer titles in March. With lofty goals for this year (170,000 units!) it seems Beijing Auto will be a tough cookie for BYD to beat. …

#1 — BAIC EC180: Winning the “Best Seller” status for the second month in a row, this little model is making a (small) earthquake on Chinese EV sales, and it should too, as this is probably the first (only?) little city EV that private buyers must be proud to have, with crossover-ish looks, decent specs, and an attractive interior/equipment. The 3,605 units sold last month are proving this model is here to stay and is leading the ranking with full merit …

#2 — Zhidou D2 EV: … The same can’t be said about this little bugger, a bare-basics city vehicle that probably doesn’t inspire anyone to want one. Nevertheless, they continue to be sold in large quantities (3,593 units in March), possibly due to a combination of bargain-basement prices and some big fleet deals. 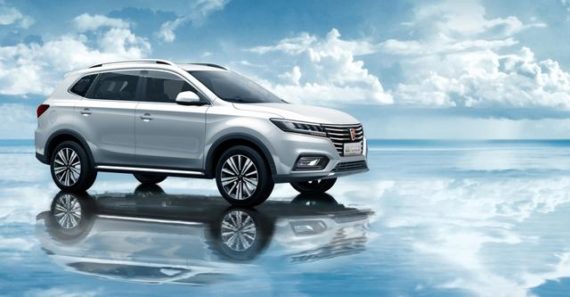 #4 — SAIC Roewe eRX5: This PHEV SUV could be to SAIC a bit like what the Tang was for BYD a while back. By delivering 2,478 units in only its third month on the market, it set a new monthly record for any SAIC model, so it seems this rather handsome and trendy compact SUV is set to become Shanghai Auto’s best-selling plug-in car, and possibly one of the best sellers of the year.

#5 — Geely Emgrand EV: Another electric compact sedan to succeed, Volvo’s owner Geely Emgrand EV returned to the market with a bang, jumping to #5 in March with 1,804 units sold, a 218% increase YoY.

In the top positions, there weren’t many changes in March, with the most important involving SAIC models — the Roewe eRX5 jumped seven positions to #4, becoming not only the best-selling plug-in hybrid, but also the highest ranked SUV; while its sedan relative, the Roewe e550, was down four places to #7. Is this sudden fall due to production constraints (floor priority to the eRX5), or is demand just not there anymore?

Crossovers and SUVs are the hottest automotive trend in China, and the plug-in market follows suit, as it wasn’t only the eRX5 to climb in the ranking — the BYD Tang is slowly stepping up production, climbing one position to #6 in March.

The slow production ramp up of BYD is making itself known, now with three models in the top 10 after the Qin EV300 shot 11 positions to #9. The Qin EV300’s less fancy relative, the e5, also climbed significantly in the ranking, jumping seven positions to #10.

Looking at the manufacturer ranking, BAIC stays firmly in the lead, with 23% market share, now followed by a recovering BYD (16%), but also by SAIC (12%), which is starting to look like this year’s dark horse brand among Chinese EV makers.

Also published on EV Obsession, our EV Sales page, and the EV-Sales blogspot.